Medical scientists in the twentieth century had an incredible freedom in the study of the human body. In most countries, the opening of dead bodies has become commonplace, and anatomists who studied the structure of organs and their functions, nobody was accused of witchcraft and blasphemy. However, even loyal to a similar research century of the atom, most of the scientists suffered from a lack of working material. Most, with the exception of “the elect.” 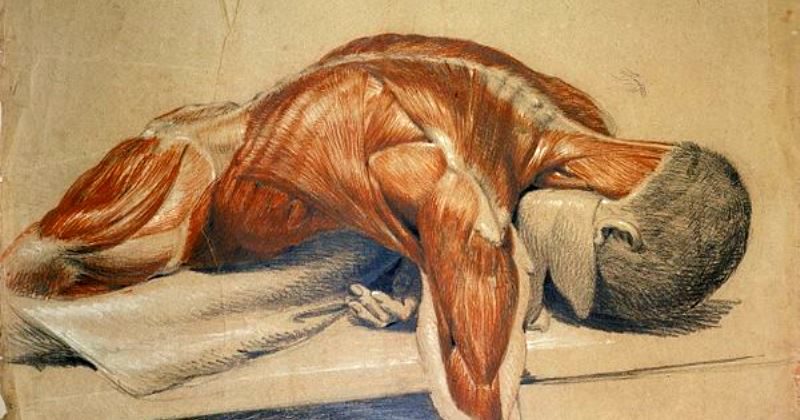 When it comes to Nazi doctors, criminals, first and foremost, remember the “angel of death” Josef Mengele, who led the inhuman experiments on human beings in the complex of concentration camps Auschwitz-Birkenau. However, history has preserved many examples of “scientists” who despised humanity and conscience, have sought to leave a mark in science and history, relying on other people’s torments and sorrow. 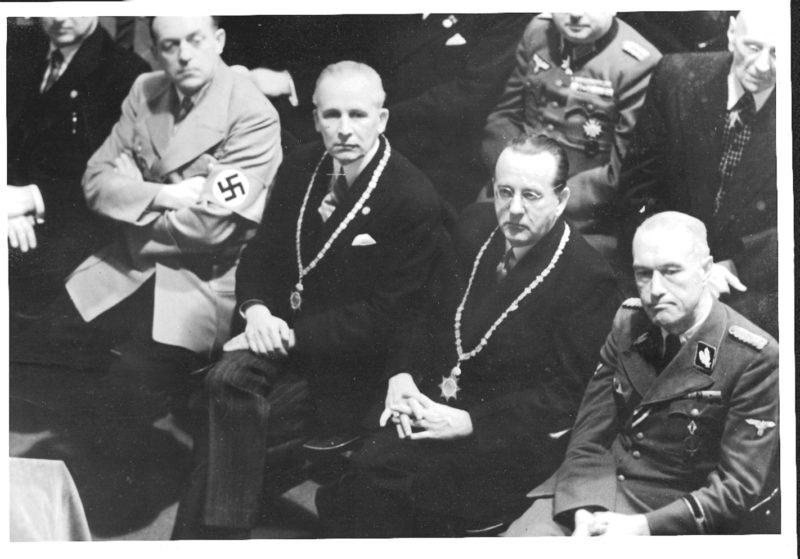 Pernkopf Eduard (Eduard Pernkopf) was born in the small Austrian village of Rappottenstein, on the border with Bavaria, in a family of a modest provincial doctor. In childhood, the boy was keen on music and had not planned to devote himself to medicine. That all changed in 1903 when his father died. At his deathbed, young Edward has promised to continue his father’s work, and soon enrolled in medical school at the University of Vienna.

The young man studied for 9 years and in 1912 received his first scientific degree of doctor of medicine. In 1933, as an adjunct Professor, Pernkopf joined the German Nazi party, providing a “bread” place of the Dean of the medical school.

But this was only the beginning. In 1938, Edward is not only swore allegiance to Adolf Hitler, but also began to work in a team of “scientists” who were engaged in search of evidence of the advantages of the Aryan race over others. In his party zeal, he went so far that’s not ashamed to make lists disloyal to Hitler colleagues.

Owing to the dexterous move of the rat, 77% of the professors of the University of Vienna, including 3 Nobel prize winner, was on the street. In addition to career and party work of Pernkopf took one important thing. Since then, as his foot crossed the threshold of the medical faculty, he wanted to write a book. It was supposed to be a medical Atlas with a full set of charts and illustrations, but not simple, and the most detailed and realistic in the world.

Work on the book, the plan of which Edward kept a quarter of a century, he managed to start only in 1933. The health scientist was not to occupy — Pernkopf woke up at 5.00 am and almost without interruption worked for 16-18 hours. Everything in his life was subordinated to the Atlas — his duties as Dean, he deftly passed on to others, and to help attracting the best students of the institution. 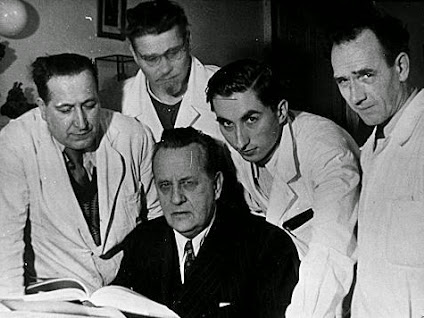 Handwritten text Pernkopf passed wife, who edited it and typed on a typewriter. Assisting Dr. best graphic designers of Germany and Austria — Erich Leper, Ludwig Schrott, Karl and Franz Intresser Bathke. For the design of illustrations was developed a special watercolor technique, allowing to clearly depict the internal organs. 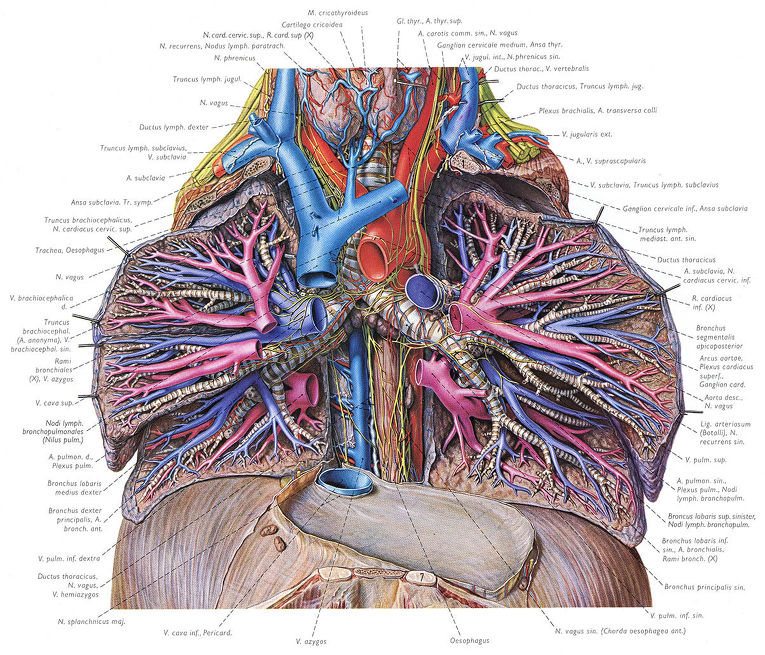 In 1937 he published the first volume of the Atlas devoted to the thorax and upper limbs, and in 1941, with the description of the pelvis and legs. In 1943 Professor Pernkopf headed the medical University of Vienna and remained in this position for 2 years until the end of the war. In 1945 the scientist as an active member of the Nazi party was arrested by the Americans and the following 2 years the Professor dug trenches and dismantled the destroyed buildings in the pow camps in different places of Europe. 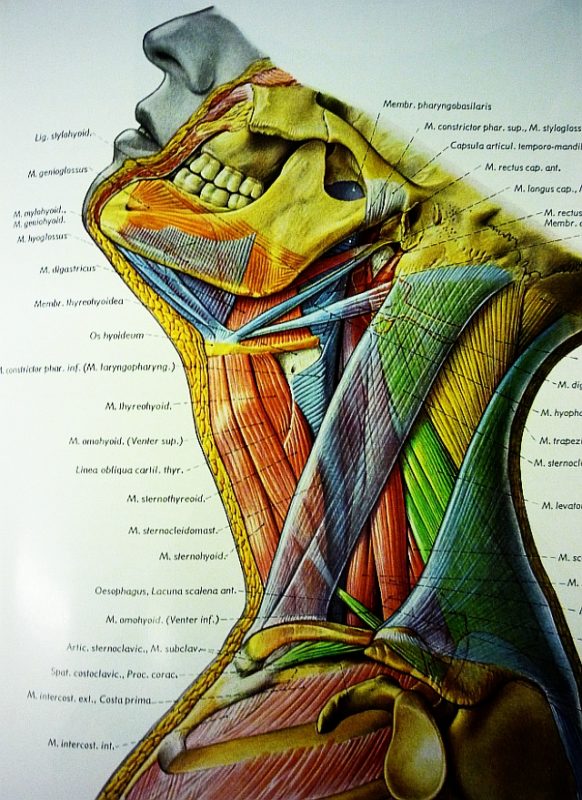 Upon his release, the Professor continued his life’s work, published in 1953 the third volume of the Atlas devoted to the neck and head of a man. The last, fourth book, was published in 1960, 5 years after the death of Pernkopf. The style of the post-war volumes different from the first two, published in the 30s and 40s years. 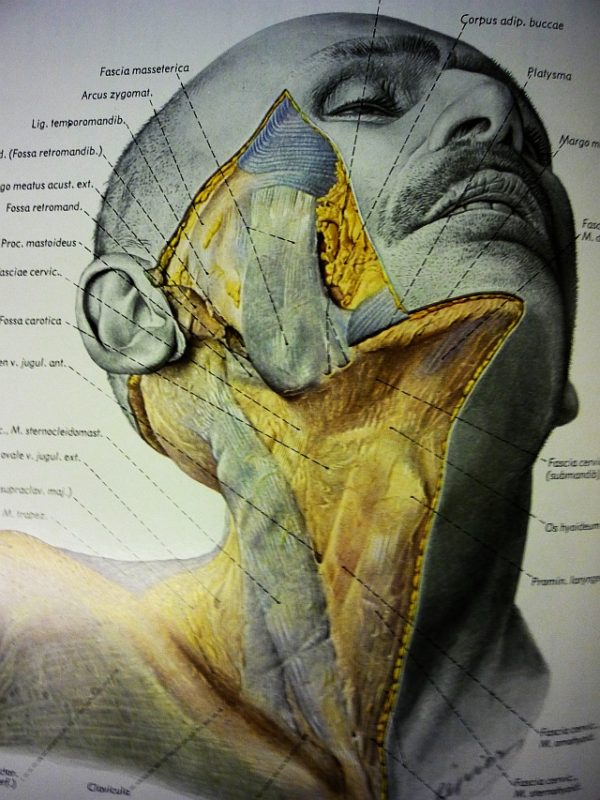 Many attribute this to the change of illustrators, but the correct answer to this riddle has managed to get only in 1996. An interesting discovery was made by Dr. Howard Israel of Columbia University. Studying first editions of books, he found them in a lot of Nazi symbols and mysterious runes that the designers of satin is artfully placed in the illustrations. The doctor was waiting for another revelation — is scary enough. 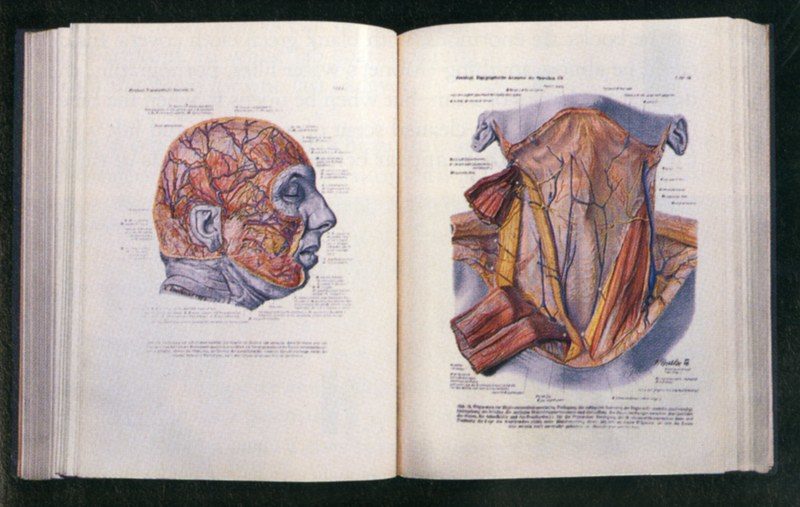 Comparing the illustrations, which uncovered the bodies were depicted with photographic accuracy with images from the archives of the Gestapo, Israel determined that almost all the people, immortalised in the illustrations of the Atlas, were prisoners of concentration camps and died a similar violent death — they cut off the head. Further investigation was already a matter of technique. Howard appealed to the Wiesenthal Center, dedicated to investigating Nazi crimes, and the best experts took up this complicated case. 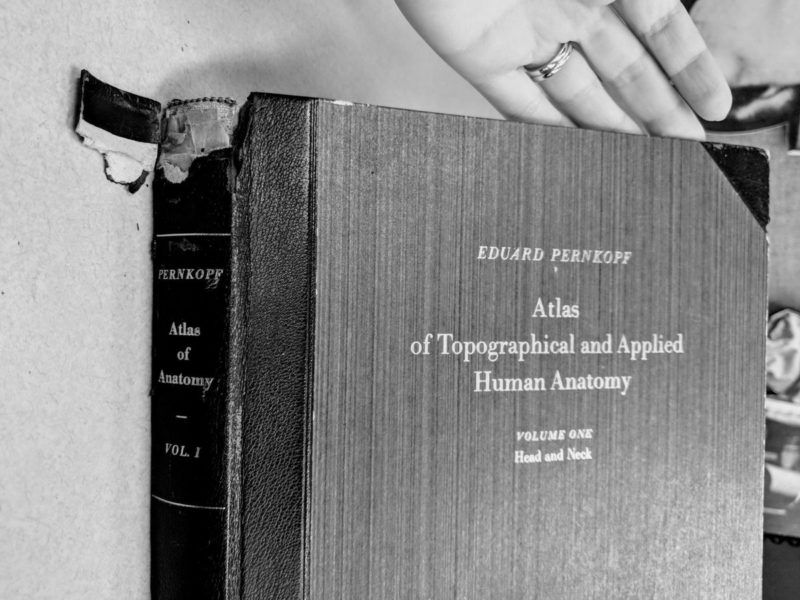 The result of the investigation was terrible. As it turned out, in the anatomical theatres of medical University of Vienna in the period from 1938 to 1945 was taken 1 377 bodies of the executed from different prisons of Austria and Germany, as well as from the death camp of Mauthausen. The main supplier of bodies for dissection became the Vienna district court, located near the University. In the building of the “Palace of justice” was held quick trials of enemies of the Nazi regime, the result of which was one sentence — death.

The court’s decision is enforceable immediately, and near the back door of the building was Smoking, sitting on gurneys from the morgue, students Pernkopf. Most of those executed were beheaded by the guillotine, which for quick and accurate work, the Nazis loved more than the French. 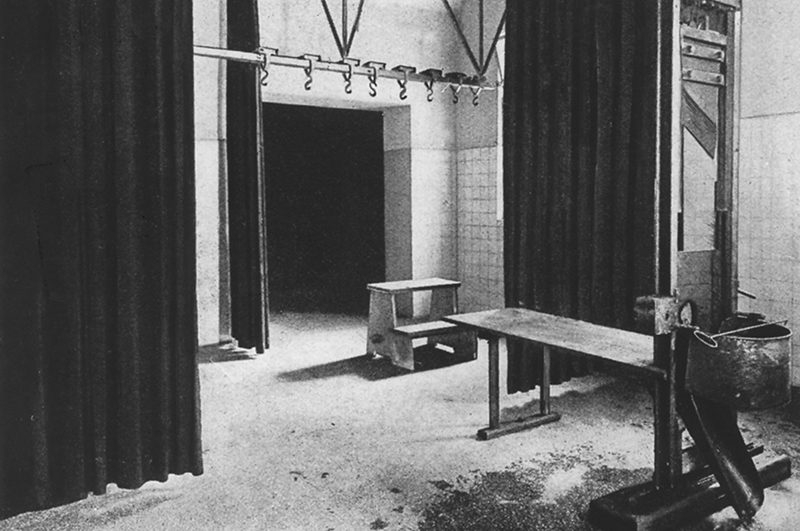 During the inspection of the archives, it became clear that in many cases the executions were carried out in order — on certain days of the guillotine worked non-stop, and the bodies hastily went to the theatre, not having had time to cool. This is a terrible opening explained the high accuracy of the Atlas — as a sacrifice to their ambition Pernkopf brought hundreds of lives. Most likely, people who have become “sitters” illustrators of death, one way or another would have died, but this fact does not make the crime of Pernkopf less disgusting. 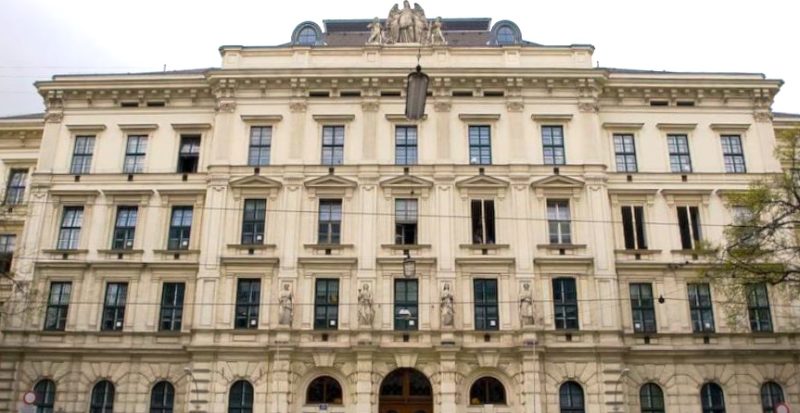 The medical University of Vienna

After finding out the terrible details of the volumes of the Atlas, which was stored in almost every medical library in the world, the international courts were seized more than 800 illustrations, which were depicted by the Nazis executed underground fighters, prisoners of war and Jews. Medical universities in the world, a wave of protests, during which students refused to take up a terrible book and even publicly burned atlases. 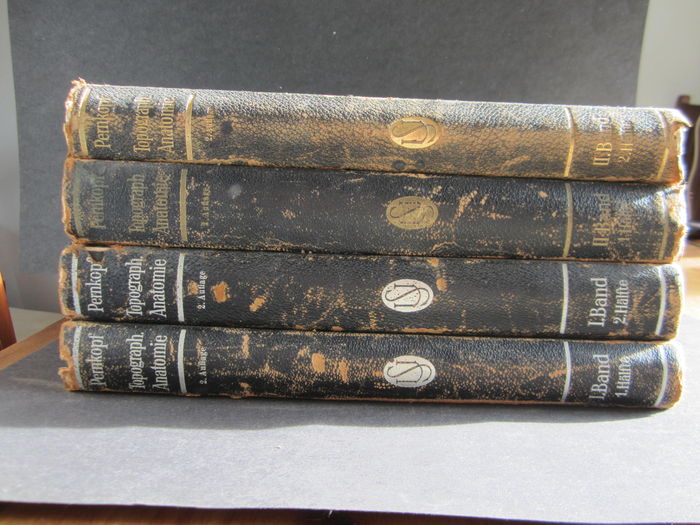 But, unfortunately, the story of the bloody book is not ended. From 1996 to 1998 among the educational and research benefits used more than one generation of Viennese students to explore human anatomy, were found the remains of several people and dozens of separate bodies, lovingly prepared and processed for the needs of students by Professor Pernkopf during the dawn of his scientific career. Of course, the body and the organs were immediately removed and buried. Half a century later, the poor died in the dungeons of the Gestapo and barracks, Mauthausen, finally at peace.