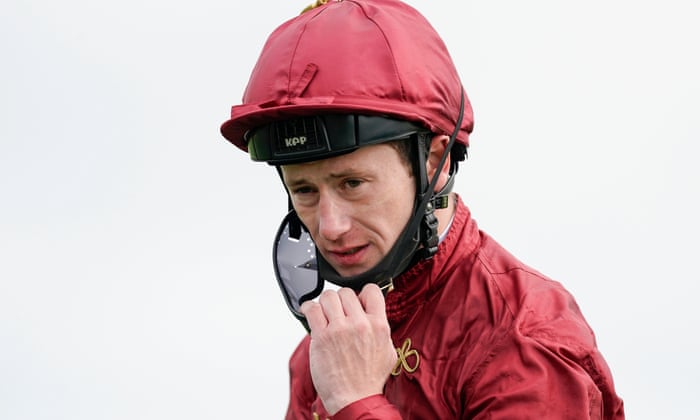 Oisin Murphy, the champion jockey, insisted on Thursday that “I have never taken cocaine in my life”, after it emerged he faces a six-month ban from the saddle for returning a positive test for the Class A drug while riding in France on 19 July.

A statement issued via the Professional Jockeys Association on Thursday afternoon said Murphy was informed of the positive result on 19 August, and subsequently organised hair sampling at an independent laboratory three days later. The process of collecting a hair sample was “filmed by the laboratory for authenticity” and analysed “multiple 0.3cm segments” of the rider’s hair and returned “completely negative for metabolites of cocaine”.

Murphy, 25, was crowned champion jockey for the first time last season and his total of 111 winners before the meeting at Chelmsford on Thursday evening gave him a 13-winner lead over William Buick (98) in the race for the 2020 title. This year’s contest is due to end on 7 November, having been extended from mid-October to account for the impact of the suspension of racing from mid-March to 1 June.

“I have never taken cocaine in my life and I will do everything that I can to prove that I have not taken cocaine,” Murphy said. “I want to thank those who are supporting me and in the meantime I want to keep riding winners and focus on my career. I will have no further comment to make and wish to respect the processes of France Galop.”

Murphy later told Racing TV that the breaking news of his failed drugs test had come as a relief. “I had to release a statement today as the story had got round,” he said, “but it is a weight off my shoulders. I’d been riding to the best of my ability and had a great week last week, but something needed to be said today and I’m pleased it’s out there.

“People will examine every ride now, and if I give one a bad ride they’ll probably say it’s because of this, but I have a brilliant support team and I am innocent. I think those closest to me believe in my innocence so I’ve been able to push it out of my head.

“I’ve got to trust in France Galop and try to carry on as normal. A lot of important things are going on in the world at the moment, and this is crucial in my career but it’s out of my control. I don’t come into contact with drugs, I didn’t ever expect to hear from France Galop, BHA or wherever else I ride around the world. I don’t even take pain killers, I take an inhaler, and that’s about it.”

Murphy can expect a six-month suspension if the result of the test on his “B” sample confirms the initial positive finding. While the majority of the ban would be served during the winter months, it would be a huge blow to Murphy’s public image and also prevent him riding in Japan, where he has built a huge following in recent seasons.

How bizarre! Scans lost in UAE, Mitchell Marsh in dark about extent of ankle injury