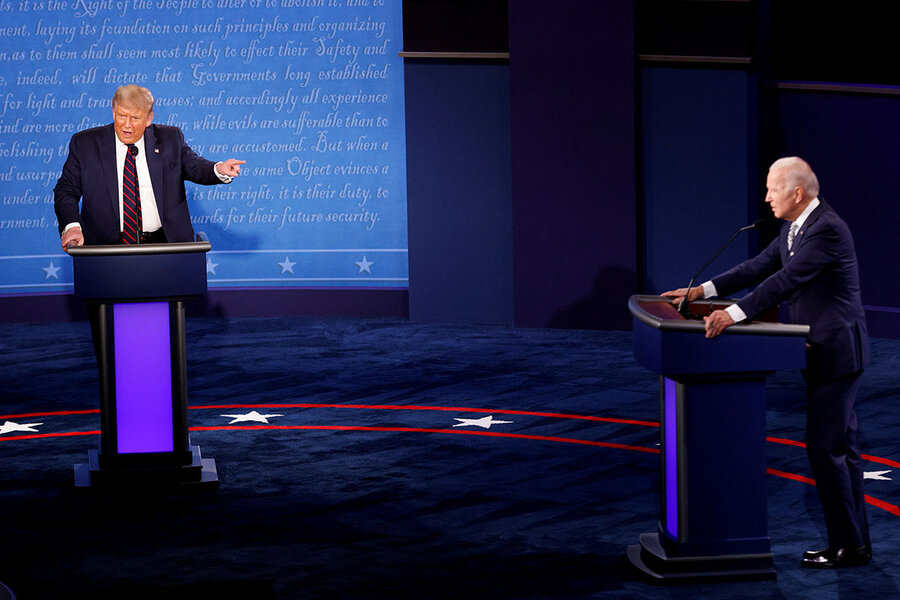 What good are presidential debates? That’s a longstanding U.S. political argument that’s going to be turbocharged by the chaotic first debate between Joe Biden and President Donald Trump.

Neither side of this argument pretends the modern debates are “debates”, per se. The question is more nuanced: In today’s entertainment-saturated age, are televised dual interviews of the candidates in which they respond to and try to belittle each other of value to voters, most of whom have already made up their minds?

The “pro” side of the debate about debates often emphasizes their role as a symbol of democracy. There is virtue in making the candidates stand together and respond to moderators who are at their best, representing average citizens. It’s a norm of the American system that should be respected.

In addition, they are deadlines of a sort, forcing candidates to take and explain policy positions and their overall agenda.
“Think of it like the State of the Union address,” tweeted Matt Glassman, a senior fellow at Georgetown University’s Government Affairs Institute earlier this week.

The “con” side of the debate says that the contribution of debates to civic virtue is overrated. While they’re framed as sacred rituals they’re promoted as entertainment. Media commentators treat them as partisan competition while making arbitrary judgements of who “won” and “lost”, often based on performative criteria.

“It’s a mistake to focus too much on issues of personal demeanor at the expense of rhetorical substance – how something was said, rather than what was said,” wrote Boston College political scientist David A. Hopkins on September 30.

Here’s where Tuesday’s debate comes in. Yes, the interruptions and insults, primarily from President Trump, were hard to ignore. They have dominated news coverage of the event. But behind the hand-waving were some clear policy differences, pointed out NPR’s Steve Inskeep on Wednesday morning.

President Trump clearly differed with Mr. Biden over judges and the Affordable Care Act. He said little about climate change and defended ending fuel economy standards because “the car is much less expensive”. He declined to clearly condemn a white supremacist group.

“The point of a debate is to compare the candidates for the job they’re asking us to give them. And they differed pretty clearly on what they would do with the next four years,” Mr. Inskeep tweeted.