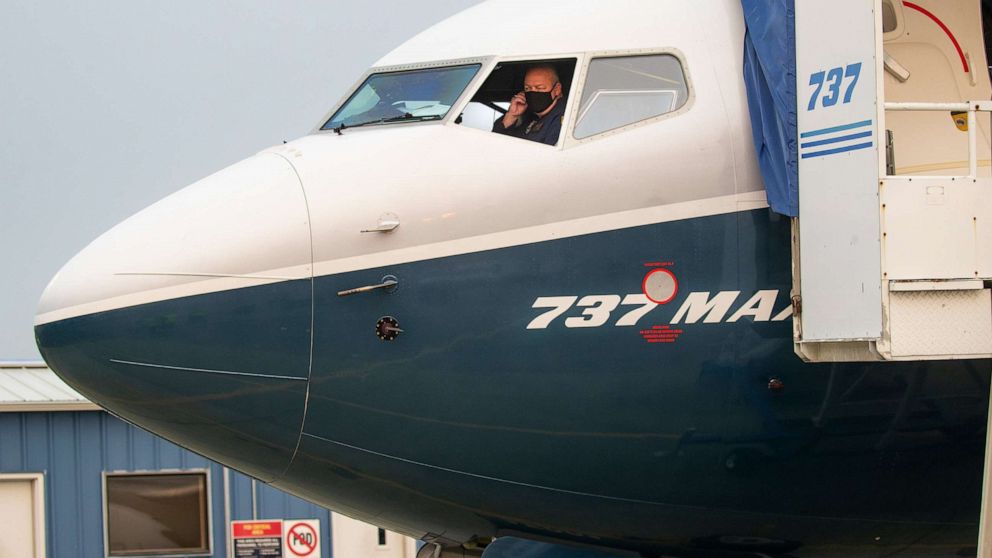 The head of the Federal Aviation Administration piloted a Boeing 737 Max for about two hours over Seattle on Wednesday, saying he felt comfortable in the cockpit but acknowledging there’s still “some work to do.”

“I like what I saw, and I felt prepared,” FAA Chief Steve Dickson told reporters, after completing the evaluation flight. “I think, most importantly, I felt that the training prepared me to be very comfortable.”

Dickson, who was a pilot and an executive at Delta Air Lines before taking the over at the FAA, promised he would not sign off on the airplane returning to the skies until he flew it himself.

The Boeing 737 Max has been grounded for over a year and a half after it was flown in two crashes that killed a total of 346 people.

Investigators found that both crashes were tied to the Maneuvering Characteristics Augmentation System, or MCAS, software that had been designed to help stabilize the jet after heavier, repositioned engines placed on the aircraft caused the plane’s nose to point too far upward in certain circumstances.

In both crashes, incorrect data from a faulty sensor caused the MCAS to misfire, forcing the plane’s nose down repeatedly, even as pilots struggled to regain altitude. MCAS was not mentioned in the pilot manual.

Boeing said it’s rewritten not only the MCAS software but the entire flight computer software.

The FAA, European Union Aviation Safety Agency and Canada already have completed their own Max test flights. Test pilots tried to replicate scenarios where the old MCAS misfired and forced them into dives or tight turns.

Although Dickson said the Max is in the “homestretch” of the recertification process, a number of steps remain before it can return to commercial service, including airlines drafting their own pilot training, getting those trainings approved and then providing them to their pilots.

Last week, American Airlines began to schedule training for 737 Max pilots beginning in November, which, according to an internal memo obtained by ABC News, is expected to be completed by January 2021.

The 737 Max has been the subject of multiple investigations from congressional committees and U.S. agencies, including the Department of Justice and the Securities and Exchange Commission.

Two weeks ago the House Committee on Transportation and Infrastructure released a scathing report that concluded technical design flaws, faulty assumptions about pilot responses and management failures by both Boeing and the FAA were to blame for the crashes that killed hundreds.

Some lawmakers are pushing to reform the aircraft certification process, which would include increased federal oversight of manufacturers.

Bihar to go for three-phase poll from October 28; counting of votes on Nov. 10