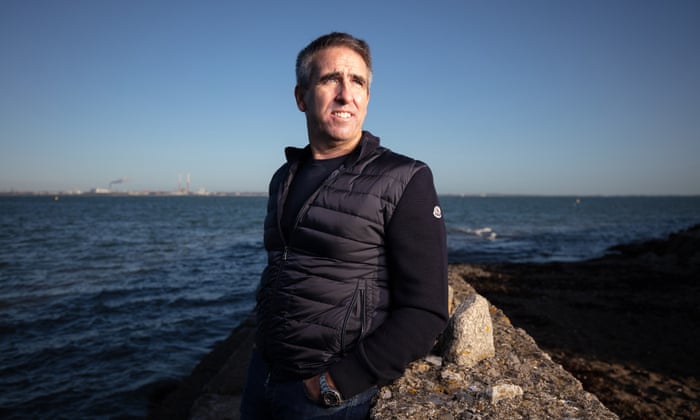 “You know the old story of Pandora’s box?” Gary O’Toole asks quietly on another evening of lockdown in Dublin. The former Irish Olympic swimmer is now an orthopaedic surgeon but he has done more than anyone to expose the sustained child sex abuse some of his friends endured when they swam alongside him in the 1970s and 80s.

O’Toole is a key witness in the early episodes of a gripping new BBC podcast called Where is George Gibney? It is presented and produced by Mark Horgan – the brother of the former rugby international Shane, and their sister, Sharon, the actor and writer. O’Toole now compares Mark, the youngest Horgan, who also works for the renowned Second Captains podcast in Dublin, to Pandora.

“When she opened the box she let all the bad stuff out – but she slammed it shut before hope and happiness could escape. There was certainly no hope and happiness coming out of the Pandora’s box that Mark was opening. I knew that but I didn’t say: ‘You are in for a horrible ride’ because he was going deep on this.

“I knew if he went deep it would be upsetting and it would affect him, because I don’t think he understood what kind of box he was opening. But he had this honesty, earnestness and dedication that I felt he would see it through to the end and tell the story as it should be told.”

The story is told brilliantly by Horgan’s use of moving interviews with some of the victims, accompanied by archive recordings from a time when Gibney was one of the most celebrated men in Ireland as he coached swimmers such as O’Toole to a position where they were potential Olympic medal winners. At the same time, there is gathering tension as Horgan moves closer and closer, in a 10-part series, to confronting Gibney, in hiding in the US.

In 1993, O’Toole had built a seemingly impregnable case as Gibney looked certain to face trial on 27 counts of indecency and carnal knowledge of children. But the coach avoided a court case, with his legal team arguing, in one of their reasons for disputing a trial, that too much time had passed since the alleged offences, and he fled to the US.

O’Toole, 52, has lived with this story for more than 40 years. So he is persuasive and reasoned when stressing his hope that lessons will emerge from this dark box of hurt. O’Toole was 11 when he rebuffed Gibney’s sexual advances and he relives a bruising memory in calm detail.

Even at that age he was used to going away with Gibney to competitions in Britain and Ireland. That year, 1979, he had made history by becoming the first swimmer to win four gold medals at the British championships. Gibney then invited O’Toole to a five-week training camp in California. “On day 10 it started to take its toll,” he says. “Five days is fine but five weeks away, at the age of 11, makes you homesick. I got upset. Gibney was appropriate in the sense he put his arm around me and said: ‘It’s going to be OK. You have another three weeks and you’re swimming very well. We’re going to Disneyland next weekend.’

“Once I was placated, and went to bed later that evening, he snuck into my room. He came over to my bed and attempted to pull back the sheet. He tried to get into bed. I was awake and said: ‘No, I’m not comfortable with this.’ He said: ‘What do you mean? I’m only bringing you this piece of fruit.’ I said: ‘You can just leave it there and I’d like you to go.’ He went.

“I hope he realised that if he did anything to me I would not have been quiet about it. But you have to understand that, before he abused any of these remarkable people, he often groomed the parents first. They looked upon him as an extension of their family unit. My family lived further away so there was never an excuse for him to call our house and ingratiate himself.

“So he was taking a risk by trying to pick me off. If someone made an allegation of abuse against him in the unit he had infiltrated, the automatic response would be ‘perhaps he or she misinterpreted what was going on’ rather than: ‘How dare that pervert ever do that to my child?’ That safety net wasn’t in place when he came to me so I reckon that once he got a knock-back, he thought: ‘I’m not going to push this.’”

Years later, when O’Toole was 21 and flying to the world championships in Perth in 1990, he finally understood the gravity of Gibney’s actions. Chalkie White, Gibney’s assistant coach, approached O’Toole on the long flight to ask him if he had been abused. When O’Toole said no he soon learned the terrible truth. White, a former swimmer, had been abused for years by Gibney. “It all started to make sense then,” O’Toole says, “and it lent credence to Chalkie’s allegations. The minute he said it, I believed him. That’s when everything began to unravel for Gibney.” 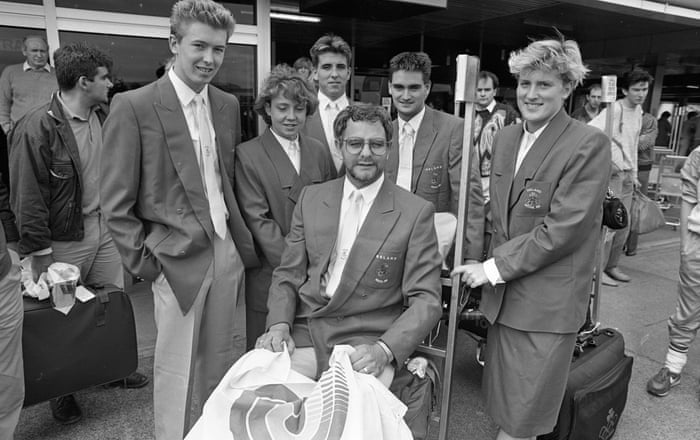 It is an insight into the mindset of a sociopath that Gibney appointed White as his assistant in an attempt to buy his silence. O’Toole still sounds incredulous. “It’s unbelievable. If you had perpetrated a crime and then you tried to pay them off, you would try to exorcise them from your life. But Gibney did the exact opposite. He brought Chalkie into the fold.”

White just needed someone to listen to him, and believe him, but O’Toole was driven in a different way. He broke away from Gibney and, after his swimming career ended at the Barcelona Olympics in 1992, he set about establishing who else had been abused. It was painful but O’Toole compiled searing evidence.

“When six swimmers came forward [in December 1992] and made statements accusing him of carnal knowledge and rape, I thought he was goosed. When it was published in the newspaper that a coach had been arrested inside Co Dublin, it was the first time I let out a sigh of relief and thought: ‘This guy is now going to get his comeuppance. There’s no doubt.’ I thought the system would take over and see him across the finishing line, which was jail time.”

How did he feel when Gibney avoided standing trial? “I felt a tremendous upset on behalf of the people I had convinced to come forward after they suffered these heinous crimes. But every single one told me what I did for them was really important, never mind him not getting a conviction. Just knowing they weren’t the only ones that suffered was a help. Some of them thought they were alone and that this was the secret they would carry to the grave. But they realised it was all down to Gibney and they were blameless. It was consoling to me – but they never got their opportunity in court.

“Later that year Johnny Watterson [the journalist], came to me and said: ‘Do you think they’ll talk to me?’ I was going: ‘OK, I’ll see whether they will go to the well again.’ So when Johnny did what he did, and got everything across the line with a front-page story that was pinned to sworn affidavits from the victims, I really believed that was a public judgment on Gibney.”

In the podcast, former swimmers speak in harrowing detail about all they endured. Tric Kearney tells Horgan the abuse happened “two times a day at least. And it could be anything and everything. It was pretty severe.”

There is some hope and happiness from the box Horgan has opened because all the victims have built new lives. Kearney is now a wife, a mother and an author.

O’Toole looks sceptical when I ask if Gibney will be shaken by the podcast? “Knowing him as I knew him I’d say he probably takes some secret satisfaction from the attention. I have no doubt he has absolutely no regret and no remorse and he has spent his life trying to put forward this persona of being a God-fearing contributor to society when the exact opposite is true. To everyone looking in from the outside this man couldn’t be doing more. Not only did he adopt a child, but he adopted a black child, and a black child in Ireland in the mid-1980s was unusual. He groomed everything to mask what was going on in the background.”

He is also pragmatic when asked if Gibney could be extradited and made to stand trial in Ireland. “You have to be realistic. I feel there is no way this man would get a fair trial anyway. I don’t think anybody in the country doesn’t associate George Gibney with being a paedophile. So that’s out the window. Whether he can come back and face charges that occurred after the original case was thrown out is uncertain. In many ways the podcast has cut off that source of retribution. So why give oxygen to this flaming fire with the podcast?”

He answers his own question authoritatively. “This goes deeper than Gibney. It’s very important the message is heard that there are people like this interwoven in every sphere of society. It doesn’t matter how you perceive them from the outside. You should never be so trusting you allow these circumstances to occur again. Sometimes people say: ‘Oh my goodness, that’s exactly what happened last time.’ If we don’t learn from history we are destined to repeat it.

“Paedophiles are opportunistic. They will find a way to abuse and the lesson is if something strange occurs, or if your child’s behaviour changes, lines of communication are so important. To have this discussed publicly means it may be easier for someone to bring it up in the future.”

O’Toole has chosen to listen to each episode as it is released so even he does not know what Horgan might uncover next. But he stresses that, beyond any future twists and turns, the truth remains.

“That’s what’s so important,” he says as darkness settles outside his home. “Throughout all this, every person talking out against Gibney has told the truth. Their stories are entirely consistent. Some people never believed them because they thought it was so fantastical it couldn’t possibly be true. But if you speak to any of Gibney’s victims it’ll be the same story. It will be uniform. This group came forward in 1992 and told the truth. Whatever happens to Gibney they are still telling the truth today.”

Where Is George Gibney? is available on BBC Sounds

If Sanju is consistent this IPL, he will play all formats for India soon: Shane Warne