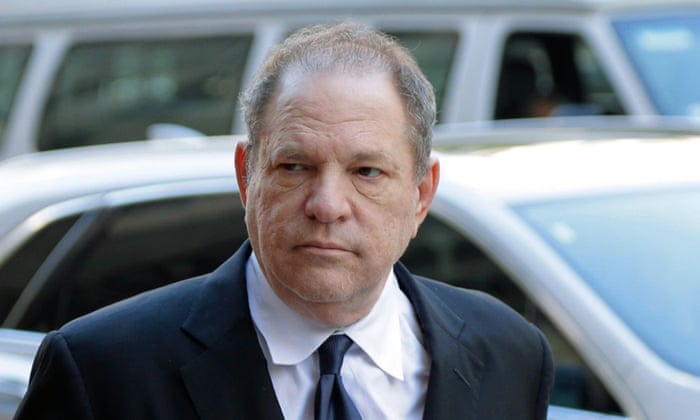 Weinstein, 68, was charged with three additional forcible rape felonies and three forcible oral copulation charges stemming from alleged attacks between 2004 and 2010 in Beverly Hills. The new criminal complaint expands the LA case to a total of five victims, authorities said.

The disgraced movie producer, who is serving a 23-year prison sentence for rape after a high-profile New York trial, has been facing a criminal case in California since January. He was first charged with raping one woman and sexually assaulting another in separate incidents in a two-day period in 2013 in LA. In April, the LA district attorney’s office expanded the case, accusing him of sexually assaulting another woman at a hotel in May 2010.

Harvey Weinstein: how a Hollywood mogul was undone – video explainer

Two of the charges announced this week relate to an alleged rape that occurred sometime between September 2004 and 2005. The other new charges relate to a fifth victim who was raped on two separate occasions between November 2009 and November 2010, according to court filings. Both victims were attacked in a Beverly Hills hotel, prosecutors said.

One of the original LA allegations comes from a model who already provided a detailed account when she testified in New York. She told the jury that Weinstein invited her to a Beverly Hills hotel room, led her into a bathroom and undressed, saying, “He stepped in front of me when I went to approach the door with his naked body right in front of me. I felt so trapped … I said, ‘no, no, no’, the whole time.”

If convicted on all 11 counts he is currently facing in LA, he could face up to 140 years to life in California prison, the district attorney said.

Weinstein’s closely watched trial in Manhattan became the most significant criminal case of the #MeToo movement that launched in 2017 after a string of actors and celebrities publicly accused the producer of sexual harassment, abuse and rape throughout his career.

Donna Rotunno, Weinstein’s lead defense attorney in the New York case, faced widespread backlash for her intense character assassination of the six women who testified, accusing them of seeking money and spreading lies, and blaming them for maintaining relationships with the producer. Advocates for survivors of sexual violence were particularly enraged at the lawyer’s remarks to a reporter that she had never been assaulted “because I would never put myself in that position”.

In January, the LA district attorney, Jackie Lacey, said it took her two years for her office to build the case, and prosecutors have said that one woman did not initially report the assault because Weinstein “threatened her life if she disclosed”.

It is unclear when an LA trial could move forward. California prosecutors are pursuing temporary custody of Weinstein from New York and have scheduled an extradition hearing for December in Buffalo, where he is currently incarcerated. He tested positive for Covid in March.

Weinstein and his legal team have repeatedly denied all criminal allegations. His lawyer did not immediately respond to an inquiry.