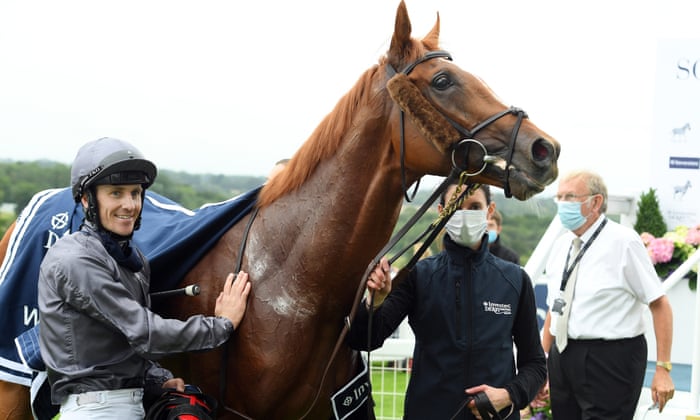 The run-up to Sunday’s spectator-less Prix de l’Arc de Triomphe meeting in Paris was thrown into further confusion on Friday evening when it emerged that Aidan O’Brien’s four runners have been fed with a product that could be contaminated with a banned substance.

Gain Equine Nutrition said on Friday evening that it is “investigating the potential presence of a contaminant in some batches of our equine feed range”. As a result, the company’s “customers with competing horses are advised to refrain from feeding our products to their animals across all disciplines”.

The banned substance in question is believed to be zilpaterol, which is normally used by beef farmers to fatten their animals before slaughter.

Details of the possible contamination emerged on Friday afternoon when France Galop, racing’s ruling body in France, revealed that five horses in its jurisdiction had tested positive for zilpaterol, and that a “common denominator” in these cases appeared to be feed products produced by Gain.

O’Brien, whose four declared runners for the Arc include Serpentine, the easy winner of the Derby at Epsom in July, confirmed to the Racing Post on Friday evening that his horses had been fed with Gain products until Thursday evening before switching to an alternative on Friday morning.

Ireland’s champion trainer has also declared Japan, Mogul and Sovereign among the 15 runners. Blood and urine samples from all of his intended runners in France this weekend have been sent for urgent analysis, but the results are not expected until Saturday evening, after his two declared runners on Saturday have already gone to post.

The Racing Post suggests tests on O’Brien’s Gain feed proved positive for zilpaterol, but at levels so low that it may not translate into a positive in a horse.

“They say after a day and a half or two days, the substance should be gone out of the horse’s system,” O’Brien told the paper. “So if, when we get the results, there is a trace of the substance in it, we’ll have to see how much is there and then make a decision, after changing the feed for two days, whether we should run on Sunday or not. The experts are telling us that it should be clear by then, so we’ll just have to see.”

Enable, the favourite for Sunday’s race, and Stradivarius, the second-favourite, are unaffected by the news, as their trainer, John Gosden, confirmed on Friday evening that he does not use Gain products.

Gary O’Toole: ‘There are people like George Gibney in every sphere of society’ | Donald McRae