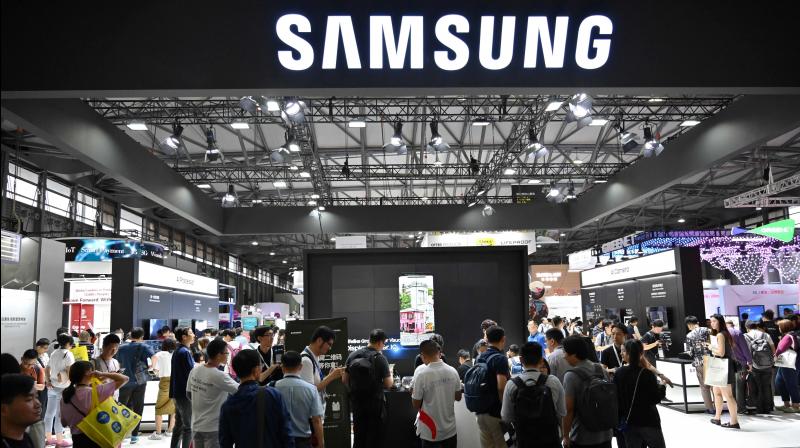 New Delhi: Smartphone maker Samsung is planning to produce mobile phones worth Rs 3.7 lakh crore in India over the next five years, according to government sources.

The company has discussed its plan with senior officials in the Ministry of Electronics and IT.

People aware of the discussion said the company will be manufacturing smartphones worth Rs 2.2 lakh crore, priced above Rs 15,000 per unit, under the production-linked incentive (PLI) scheme.

"Samsung is now planning to make mobile phones worth USD 50 billion (Rs 3.7 lakh crore) in the next five years. Out of this, smartphones worth USD 30 billion will be produced under the PLI scheme," an official told PTI on the condition of anonymity.

Samsung did not respond to a query sent on the matter.

The government expects mobile phones worth Rs 11 lakh crore will be made in the country in the next five years.

According to estimates of the India Cellular and Electronics Association (ICEA), mobile phone companies will increase device production in the country to up to Rs 27.5 lakh crore under the PLI scheme.

At present, mobile phone production in the country is estimated to be over Rs 2 lakh crore per annum, employing around 5-6 lakh people.

The government expects to attract Rs 1 lakh crore investments in the sector and sees manufacturing revenue potential of Rs 10 lakh crore by 2025.

It had notified three schemes on April 1 for the promotion of electronics.

Samsung has been bullish on the government's Make in India initiative. It has set-up the world's largest mobile phone factory with an annual handset production capacity of up to 12 crore units in Uttar Pradesh.

According to the ICEA, the total mobile phone market in India has crossed Rs 2 lakh crore in terms of value.

Samsung led India's mobile phone market with 24 per cent share in the April-June quarter, according to research firm IDC.

The secret world of Amazon ‘fixers’