Donald Trump released a new video on Saturday night to reassure the American people about his health after being transferred to hospital following his coronavirus diagnosis. President Trump insisted he is “starting to feel good” as he thanked his supporters for their prayers and messages of love. But one section of the video piqued the interests of video editors across the world, who have been questioning whether the video had been doctored.

Mr Trump appears to hiccup around one minute into the video but the experts suggested the sound inconsistency could be an exit cut in the footage.

Video editors put forward the doctoring theory as they suggested the President’s PR team could have modified the raw footage with a tool traditionally used to smooth out unwanted pauses or sound issues.

Film editor Christopher Orr commented the video, saying: “Clearly a cut here. Hard to imagine any rationale other than persuading the American public that he is healthier than he actually is.”

Colleague Tom Costantino also weighted in the debate asking his followers: “Hey editorial friends, think someone didn’t click progressive source and feature match on the fluid morph or is that just a hiccup like my dad used to do?” 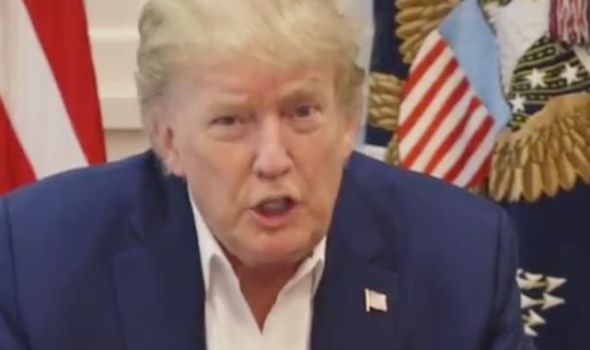 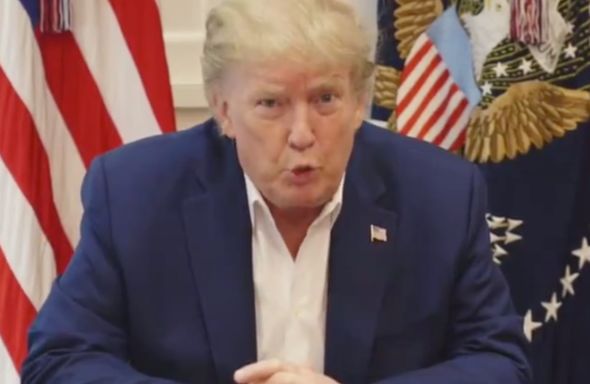 Reporters from across the US caught wind of the theory and suggested the White House should clarify whether Mr Trump’s video had been subjected to any out-of-the-norm editing.

New York Magazine’s Mark Harris wrote on Twitter: “I think we need some real reporting on whether Trump’s video was edited to delete coughs, conceal shortness of breath, etc.

“It certainly appears that way (see 1:04, after “therapeutics”). I’m open to other explanations, but this doesn’t look good.”

Viewers said the US President appeared breathless, going as far as suggesting the video had been filmed before Mr Trump was moved to Walter Reed Medical Centre on Friday. 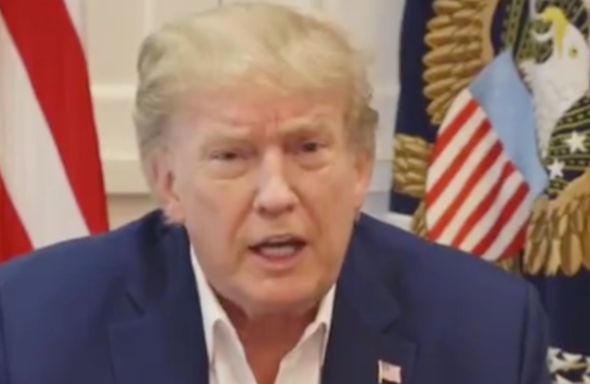 However Jason Miller, senior advisor to President Trump, dismissed the comments as part of a challenge to Democrat presidential candidate Joe Biden.

Mr Miller shared the video on Twitter accompanied with the caption: “One take, from the heart, no teleprompter.

Former vice-president Joe Biden offered his sympathies to the President and First Lady Melania Trump after hearing both had tested positive to COVID-19.

Mr Biden has not suspended his presidential campaign so far but has proceeded to pull all attack commercials from TV as the president recovers.

The group is believed to have contracted the virus during an open-air White House event Mr Trump held to announce the nomination of federal judge Amy Coney Barret to the Supreme Court seat Ruth Bader Ginsburg vacated last month.

In his latest update from Walter Reed, Mr Trump said: “I came here, wasn’t feeling so well. I feel much better now.

“We’re working hard to get me all the way back. I have to be back because we still have to make America great again.

“We’ve done an awfully good job of that but we still have steps to go and we have to finish that job.”

Donald Trump feared coronavirus would kill him – ‘Am I going to die? Am I?”