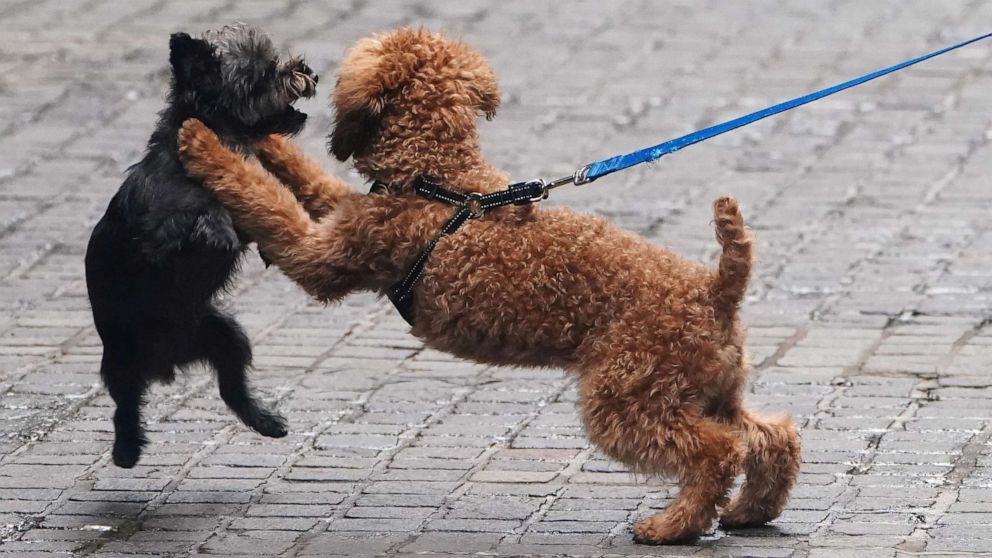 Some people indigenous to the Pacific Northwest selectively bred special “wool dogs” to make blankets from their hair, perhaps thousands of years before Europeans arrived in the area, new research suggests.

The study reinforces accounts by European explorers and traditional histories of special wool dogs in the region, and indicates the cultural importance of dogs — the only animal that had been domesticated when the first peoples crossed en masse from Siberia to North America at least 17,000 years ago.

It also reveals the economic importance of wool dogs to communities along the coasts of the Salish Sea — the relatively sheltered waters between Washington state, British Columbia and Vancouver Island — where blankets, robes and belts woven from dog wool, sometimes mixed with other fibers, were prized before the influx of textiles from industrialized Europe.

In economies based mainly on hunting, fishing, gathering and storage, dog-wool blankets and the dogs that produced the wool were especially valuable, according to Dale Croes, an archaeologist at Washington State University in Pullman, who was not involved the research. “Textiles were their wealth,” he said, “and their currency was blankets.”

The new study, published in the Journal of Anthropological Archaeology, reexamined more than 50 years of research from 330 archaeological sites along the Northwest Coast, describing more than 174,000 sets of nonhuman mammal bones. Most were from sites dated to within the last 2,500 years, but some sites were up to 8,000 years old.

Lead author Iain McKechnie, an archaeologist at the University of Victoria in British Columbia, explained it was often difficult to distinguish dog bones from wild canids, such as wolves, coyotes or foxes, that might have been drawn to human settlements to scavenge or to mate with the dogs there.

But their research indicated almost all canid bones at the sites came from domestic dogs, and only about 1% came from wild species.

That underlined the cultural importance of dogs to Northwest Native Americans, who otherwise interacted with animals mainly through hunting and fishing, he said.

“They treated dogs separately from other animals,” he said. “We’re underrecognizing the extent to which people on the coast lived with dogs.”

The study found that dog bones were especially abundant in two parts of the Salish region — the eastern coast of Vancouver Island and the Fraser Delta — where ethnographic accounts and traditional histories record that small dogs were bred for their wool.

The researchers improved on a 1997 study of dog remains by zoolologist Susan Crockford, one of the co-authors of the latest study, who had examined 1,069 sets of dog bones from 20 sites in the region.

The idea that some Salish communities bred dogs for wool was often dismissed as a local legend, until Crockford’s archaeological work and a 2011 study that found that dog hair was used to make Salish blankets stored in the collections of the Smithsonian’s National Museum of Natural History and National Museum of the American Indian.

The latest research “shows very clearly where concentrations of the small wool dog were found, including the east coast of central Vancouver Island, the Gulf Islands, and the mouth of the Fraser River,” Crockford said in an email. “It is likely that deliberate breeding was only practiced in a few places, and that wool dogs were then traded to other groups.”

Artifacts from dog-wool weaving, including stone spindle whorls used to make strands of hair into yarn for looms, have often been found by Croes, who has studied the archaeology of the Salish region for almost 50 years.

Some northern communities obtained wool from wild mountain goats and traded it further south, where it was mixed with dog hair for weaving. But there were no goats in the Salish region until after the European contact, Croes said.

Instead, communities in that area carefully bred dogs to produce hair that could be sheared a couple of times a year to make yarn and prevented their wool dogs from breeding with the village dogs, he said.

Biologists say the breed of “Salish wool dogs” became extinct after dog-wool was made obsolete by the flood of textiles from Europe in the 19th century.

But Croes is certain traces of them still survive in the long coats of some dogs from Native American communities in the region.

“I took pages of slide photos of them — I even owned one of them,” he said. “They were perfectly good wool dogs.”