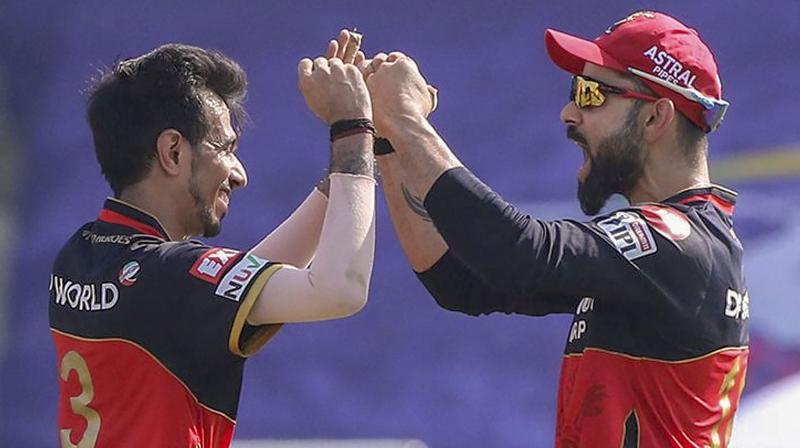 With the three wickets, Chahal (3/24) jumped to joint top spot in the bowlers’ chart with Kings XI Punjab’s Mohammed Shami on eight wickets.

Opting to bat, the Royals lost their top-order batsmen cheaply inside the powerplay overs but recovered to some extent to post a decent total, thanks to Mahipal Lomror’s knock of 47.

Royals skipper Steve Smith (5) fell early for the second consecutive time with Isuru Udana taking his wicket in the third over. He was followed into the hut by Englishman Jos Buttler (22) who got the start but failed to come up with a big score yet again.

Sanju Samson (4), who had two sensational innings of 74 and 85 in the first two matches, was the third Royals batsman to be dismissed with Chahal taking a low catch in his follow-through in the fifth over. The third umpire took a long time to come to a decision but ultimately went with the ‘soft decision’.

The Royals were 31/3 and they reached 70/3 at halfway mark with Robin Uthappa (17) and Lomror stitching a 39-run stand for the fourth wicket. But Uthappa failed again with Chahal getting him caught at long off.

Chahal ended Lomror’s innings in the 17th over as the batsman sliced up a widish delivery to Devdutt Padikkal at long off.

Rahul Tewatia (24 not out), looking for yet another explosive innings after the one against Kings XI Punjab, hit two sixes in the last over after enduring a beamer from Navdeep Saini on his chest.