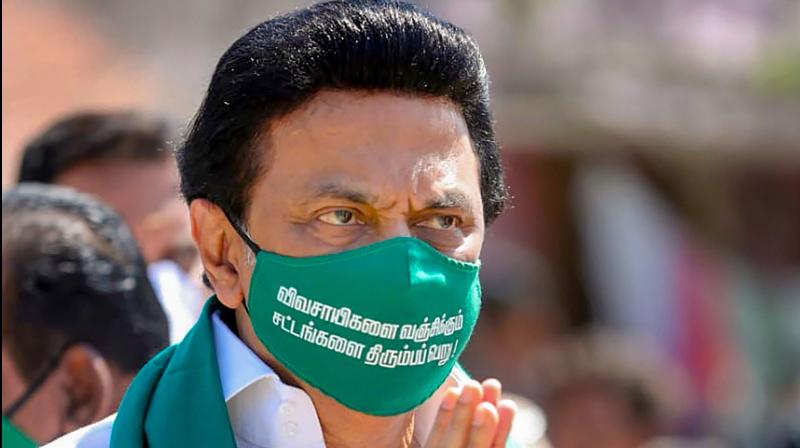 DMK President M K Stalin, TNCC President K S Alagiri and MDMK general secretary Vaiko were among those who expressed their displeasure over the Lucknow CBI Court’s verdict on the 1992 demolition of the 465-year-old Babri Masjid at Ayodhya, acquitting all those accused in the case.

Since justice has not been rendered in the case, the government should go on an appeal, said Alagiri, accusing the CBI of being a handmaiden of the BJP government at the Centre. The verdict, coming 28 years after the mosque was brought down by thousands of kar sevaks, mobilized by the BJP and the Sangh Parivar, is a shock to all those who believe in the rule of law, he said.

Stalin also said that it brought shame to the rule of law in the country as the Supreme Court had clearly said, ‘The entire structure of the mosque was brought down in a calculated act of destroying a place of public worship.’

He said that CBI failed to prove the case in the court as it is a ‘caged parrot’, which has brought shame to the country itself.

Vaiko said that when the cruel demolition was planned for years by making open announcements and the crowds were mobilized for months, the court saying that was not premeditated is akin to demolishing the law. He also pointed out that the Supreme Court had mentioned it as a planned act.

Though the Supreme Court had, in 2017, referred to demolition as a criminal act that was detrimental to the idea of secularism enshrined in the Constitution, the Lucknow court’s verdict went against the spirit of that observation, Alagiri said.

While BJP leaders like L K Advani, M M Joshi, Uma Bharathi and the then UP Chief Minister Kalyan Singh were accused of inciting the Kar Sevaks to demolish the mosque the CBI failed to prove the allegations with evidence in the court, he said, adding the CBI had failed to investigate the case and bring to book the culprits.

The Note: A campaign on pause, with new questions about Trump’s own behavior

KCR to expose AP and Centre in Apex Council meet

What would Trump do with a second term?