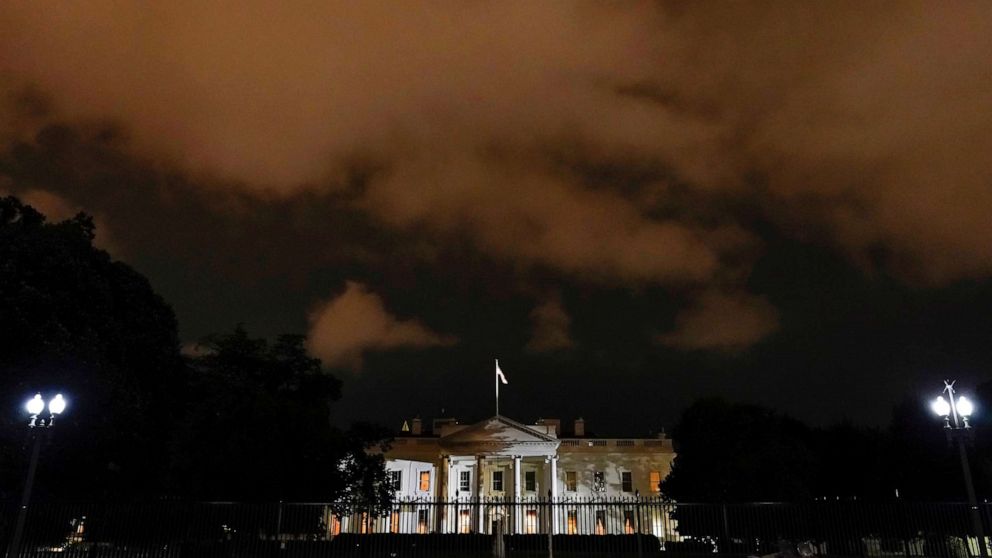 President Donald Trump testing positive for the coronavirus has raised a host of questions about what happens if he becomes too sick to carry out his duties.

As of midday Friday, he was experiencing “mild symptoms,” according to White House chief of staff Mark Meadows, and there was no indication Trump was considering transferring presidential power to Vice President Mike Pence on a temporary basis.

But by late Friday afternoon his condition had worsened and he was being transferred to Walter Reed National Military Medical Center.

If the president were to become incapacitated, a process outlined in the Constitution’s 25th Amendment would kick in.

It’s essential in a crisis for the White House to communicate to the public as questions get raised, according to ABC News Contributor John Cohen.

“A large segment of the American population woke up today to more insecurity and fear that’s already pretty pervasive across our society,” said Cohen, a former acting undersecretary for intelligence at the Department of Homeland Security who worked on the continuity of government planning team.

“That’s why it’s first so important that everybody understands we do have processes and plans in place, but it’s essential the White House also plays it straight with the American public at this time,” he said.

What does the Constitution say about transferring power if the president is unable to lead?

The U.S. Constitution’s Article 2 says the vice president assumes the “powers and duties” of president in the event of the president’s “inability,” but it doesn’t say how it’s determined that a president is unable to serve.

The 25th Amendment, ratified in 1967 in the wake of President John F. Kennedy’s assassination in 1963, was intended to deal with any ambiguity about who leads the government when a president cannot.

Section 4 spells out how an involuntary transfer of power would play out.

This section allows the president to be challenged from resuming power if the vice president and principal officers of the president’s Cabinet thought he was incapable of governing.

In that unusual scenario, if the the vice president and and a majority of the “principal officers of the executive departments” were to make the determination that the president is unable to carry out the duties of his office, they would send a written declaration to Congress and install the vice president as acting president.

If the president contests his removal, the vice president and a majority of the Cabinet must again declare in writing the president incapable of his duties within four days. Congress must then convene within 48 hours and has 21 days to decide the outcome. It would require a two-thirds vote of both chambers of Congress to declare the president unable to carry out his duties and remove him from office.

If the vote fails to muster the required support, the president remains in office with all the powers and duties that entails.

While Section 3 has been tested, Section 4 has not.

Has this happened before?

Other presidents have fallen seriously ill while in office — four died of natural causes while in the White House — but the process of transferring power from a living president to vice president has come up only three times in history.

Each time, the president gave up his duties voluntarily before planned surgeries that included sedation or anesthesia.

President Ronald Reagan transferred power to Vice President George H.W. Bush in 1985 for about eight hours while he underwent surgery for colon cancer.

In contrast with Reagan, Bush specifically cited the 25th Amendment when declaring his disability and reclaiming his authority in his declaration to Congress.

Reagan wrote he was “briefly and temporarily incapable of discharging the Constitutional powers and duties of the Office of the President” during his surgery.

When Reagan was shot and seriously wounded in 1981, his administration prepared but did not sign the letters necessary to invoke the 25th Amendment.

His Cabinet members discussed implementing Section 4 but didn’t do so after it was learned that Reagan’s surgery was successful.

Who is next in line to the presidency?

President Harry Truman in 1947 signed the Presidential Succession Act, placing the majority leader of the House of Representatives ahead of the president pro tempore of the Senate in the line of succession behind the vice president.

Therefore, if both Trump and Pence were unable to perform the duties of president, there would be a written declaration, and House Speaker Nancy Pelosi would be required to resign both as speaker and as a representative in Congress in order to become acting president. President pro tempore of the Senate Sen. Chuck Grassley, R-Iowa, would be next in line after Pelosi.

On Friday morning, she said the White House has not contacted her about continuity of government but said it’s typically something the military would do.

“No, they haven’t,” she told MSNBC, asked if she’d been contacted about the succession of power. “But that is an ongoing, not with the White House, but with the military, quite frankly, in terms of the — or some officials in the government.”

Cohen said it’s not only “highly unusual” for Pelosi not to have been contacted but said informing those next in line to the presidency in times of crisis is a national security concern.

“The White House needs to be really careful because they have a track record of being inconsistent in their communications and lacking transparency,” Cohen said. “If this administration is not effective in communicating with other branches of government, with the public or the rest of the global community, it could have a seriously dangerous impact on our national security and global financial stability.”

What would it mean for the rest of the government?

Cohen emphasizes that transferring the powers of the presidency is only one part of the equation.

“Just as important as who succeeds the president if he’s sick is how does the government ensure that it continues to operate effectively during a crisis in which the president is incapacitated,” Cohen said, before outlining the plans in place at the federal government.

“Continuity of Government,” or “COG,” refers to a coordinated effort within the federal government’s executive branch to ensure that essential functions continue to be carried out in an emergency.

“Continuity of Operations,” or “COOP,” refers an effort within individual executive departments and agencies to ensure each knows how they’re going contribute to the continuity of government.

“The bigger issue is how to ensure during a time of crisis like this when you may have multiple persons within our senior leadership incapacitated due to illness, how you ensure continued operations of not only essential functions, but also have those capability to address what could be a heightened threat environment by adversaries foreign and domestic who would view the president’s sickness — and the attention being focused on it — as an opportunity to conduct an attack or engage in other activities harmful to our national security,” he said.

Cohen added that, while these plans are in place to address those concerns, the onus is on the White House to communicate with other branches of government and be as transparent as possible.

The Note: A campaign on pause, with new questions about Trump’s own behavior

KCR to expose AP and Centre in Apex Council meet