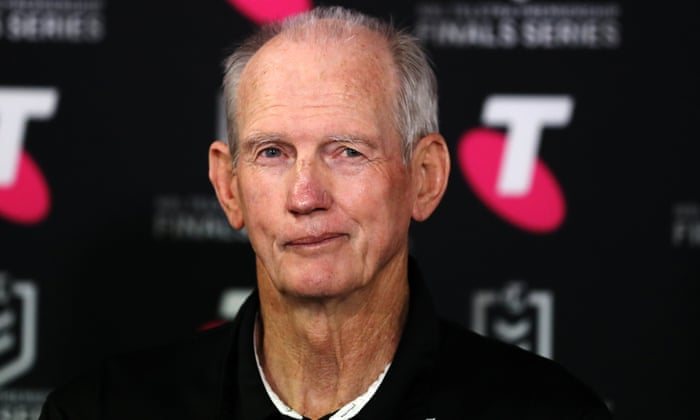 Wayne Bennett may be in the autumn of his career at the age of 70 but despite his shortness and grumpiness and general refusal to play nice, there is arguably no figure who looms as large over the game as it stretches into October than ever before.

When Bennett coached his first premiership game back in 1987, his contemporaries were the likes of Jack Gibson, Roy Masters and Warren Ryan. He helped guide a fledgling Raiders team to their first grand final. He coached Queensland to a series victory after the state had lost the two previous series. Bennett won the Dally M Coach of the Year award in just his first season in the Big League, a rising star who quickly found himself at the top of the mountain.

It is now 33 years later. Gibson, Masters and Ryan have been replaced by Bellamy, Robinson and Stuart. He is no longer a rising star but a grizzled veteran with eight premierships and countless more enemies. But once again Bennett has an unlikely title contender rolling into the right form when it matters. He has also been appointed as the new Queensland coach.

The rugby league world spins and spins but Bennett, remarkably, remains at its centre, the metal rod as the turntable spins. At an age when most are nestled comfortably in retirement, Bennett is involved in all that is important in rugby league and much of which is not.

South Sydney’s rise from the ashes in 2020 has been truly remarkable. The Rabbitohs looked dead and buried a number of times this year. They won just one of their first four games. As recently as round 11, the Bunnies were 10th with a 5-6 record. They had lost to the Broncos and had not beaten a team who would go on to finish in the top six. Two weeks out from the finals, Souths were stunned by then-last placed Canterbury. These were hardly the credentials of a premiership contender. 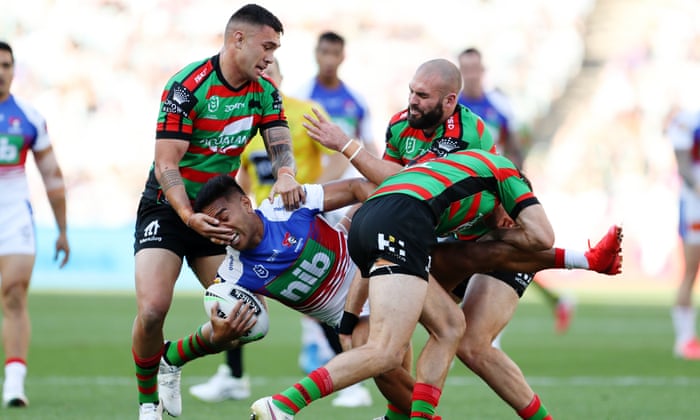 Part of Bennett’s magic is his timing. Titles aren’t won in April. That is when foundations are built. No team has timed their run better than South Sydney, who clicked into attacking gear in round 12 when they posted the first of five straight games where they posted 28-plus points. The button was pressed in the final round in arguably the most remarkable regular season win of the NRL era when they ambushed title favourites and arch rivals, Sydney Roosters, 60-8. It was an extraordinary win not only in its size but in the freedom and ease with which it was achieved.

The confidence taken from that win carried over in a dominant win to eliminate Newcastle in the first week of the finals. Souths scored 46 straight points in a 46-20 win. It was a win that was, in a word, weightless, something that should have been inconceivable considering the firestorm that was engulfing the club following The Australian newspaper’s explosive Sam Burgess investigation.

The win over the Knights capped an extraordinary week for Bennett after he was named the new Maroons coach. It is his fourth stint at the helm. The state always comes calling when the hour is at its darkest. On the back of consecutive series defeats and with the star-filled side long gone, Queensland go into this series at huge odds. Bennett was tossed the ball again. He has wasted little time making his mark, dropping 14-Origin veteran Josh McGuire.

October has hardly come from nowhere this year, either. Bennett has been a key advisor to Australian Rugby League commission chairman, Peter V’Landys, and was a key figure on Project Apollo that helped bring rugby league back before any other notable sporting code in the world. He also managed to breach the game’s biosecurity rules and was outed for two weeks. He showed little remorse or compassion for his Broncos successor Anthony Seibold in what was a bitter feud that Bennett was only too happy to reopen old wounds. He was linked to numerous coaching vacancies including New Zealand, North Queensland, Canterbury, St George Illawarra and even an unlikely return to Brisbane.

It is little wonder Bennett appears to have little patience. He is the game’s greybeard yet runs like a rookie prop trying to make his mark. If there is something going on in the game, you can be sure and certain the old coach is involved.

Joe Marler: ‘I was in complete denial there was anything wrong with me’ | Donald McRae