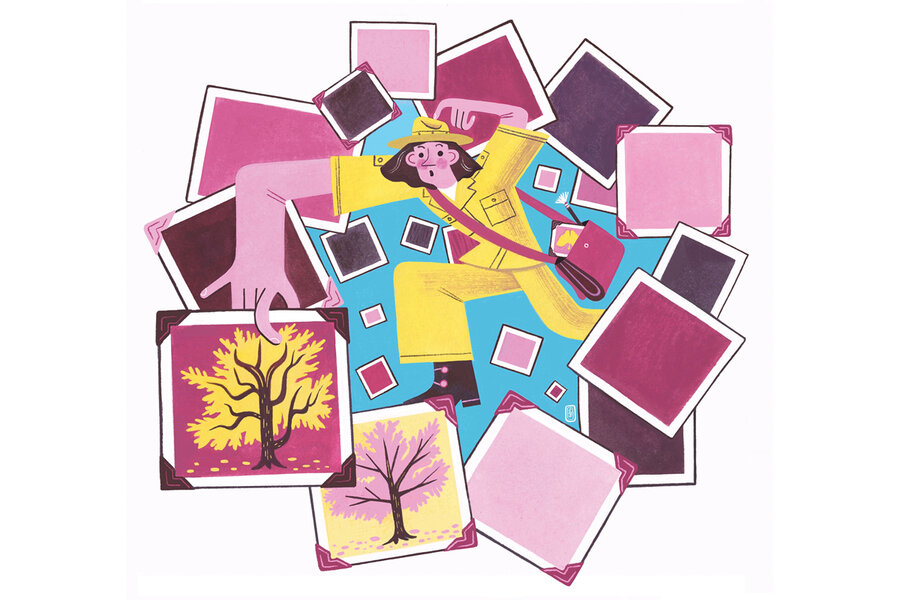 Way back last century, when cameras first went digital, my husband, Dave, thought I should get one. He said it would be really useful for my artwork. I didn’t want it, because I’d have to learn something new, and sometimes that makes me cranky. He bought it for me anyway. A week later, I wanted to draw a picture of a tyrannosaur peering through ginkgo leaves – as one does – but I didn’t have any reference material for a ginkgo tree. (The tyrannosaur was hard to come by, too.) So I took my new camera a couple of blocks away and fired off some shots of a local ginkgo tree. My computer hoovered them right up and displayed them for me. I had to admit, it was slick.

It took better pictures than my fancy camera, and the images cost nothing to process. Now I could point it outside my window and take a hundred pictures in a row of my resident hummingbird, Hannibal Nectar, just in case he turned his head just right and I got the bright magenta iridescent flash. Three or four of the images would be terrific, but all hundred of them would be in my computer.

I’ve now taken 4 billion photographs or so, and they’re all in that machine somewhere. I never labeled anything, and I still don’t know where the cloud is. So if I need to find a photo, I have to remember about when I took it, and that is not my strong suit.

In fact, if you asked me to name three things that happened to me in the ’80s, I wouldn’t be able to stick a pin into any one thing for certain. One of the things would have really taken place in some other decade, and one of them would have happened to somebody else altogether that I have confused myself with.

There has to be a way of organizing these things. Somewhere I have a good photo of an automobile completely covered in moss. It would be a great illustration for an essay about our local climate. I needed it once, and by the time I’d flipped through all 4 billion photos on my machine I realized I could take a new photo of a different mossy car faster than I could find the original, and I was right. I don’t know where anything is in my photo library, and I have no idea what to do about it. It’s like riffling through my entire vocabulary in alphabetical order to find the end of my sentence.

In fact, I happen to know it’s exactly like that.

I do love this technology. But I miss the old photo albums. I remember which photos are in the thin green album, and which are in the thick brown one. And they’re more fun. Your friends will tell you that they want to see the photo of your puppy on your cellphone, but they’re just being polite.

Everyone is so tired of looking at a screen. People do still like pawing through the old albums. Time passes more reasonably in the albums; flip a couple of pages, and you gain a few years.

They look at pictures of you 30 years younger, and then look back at you like you’re a cautionary tale. They’re alarmed, but entertained. Someday my computer will blow up and take my photos with it, and that will be that. It’s just as well. I still have the old albums. I’ve put on a few pixels since then.

Slipping into a subjunctive mood