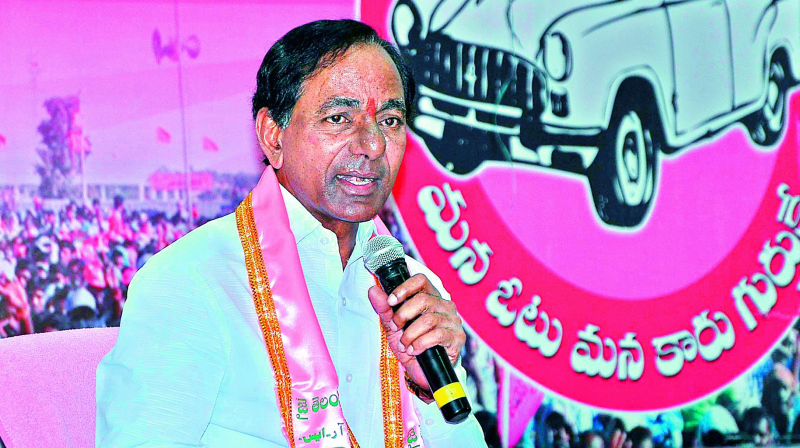 Hyderabad: Chief Minister K Chandrashekar Rao has announced that he would not mind even to fight with the God to protect the interests of Agriculture and farmers’ in Telangana.

Speaking at a high-level meeting with officials from Water Resources Department at Pragathi Bhavan on Thursday, KCR recalled that the movement for separate Telangana was originated from discrimination against the region in the matters of river water sharing.

Chief Minister was finalising the required strategy to adopt at the Apex Council meeting to counter the AP and also expose the Centre and get the rightful water share to Telangana.

He said after the formation of a separate state it has now transformed into a granary of the country and the State succeeded in strengthening the water resources sector by saving every single drop of the river water.

He said “in the new state there was a festive atmosphere in the agriculture sector with farmers of Telangana reaping bumper crops and becoming a role model for the entire country.” KCR made it clear that “The rightful share of every drop of water from Godavari and Krishna rivers would be utilised optimally and without
fail.”

He has instructed the officials to put forth a powerful argument supported by all the required data before the Apex Council meeting. The Apex Council meeting scheduled on Oct 6 will be chaired by the Union Jal Shakti Minister Gajendra Singh Shekhawat. Chief Ministers K Chandrashekhar Rao and YS Jagan Mohan Reddy will be attending the meeting via video conference.

The meeting was necessitated because of the unresolved disputes between Andhra Pradesh and Telangana regarding sharing Krishna and Godavari River waters.

Trump rounded the corner and landed in the epicenter of the pandemic: Analysis