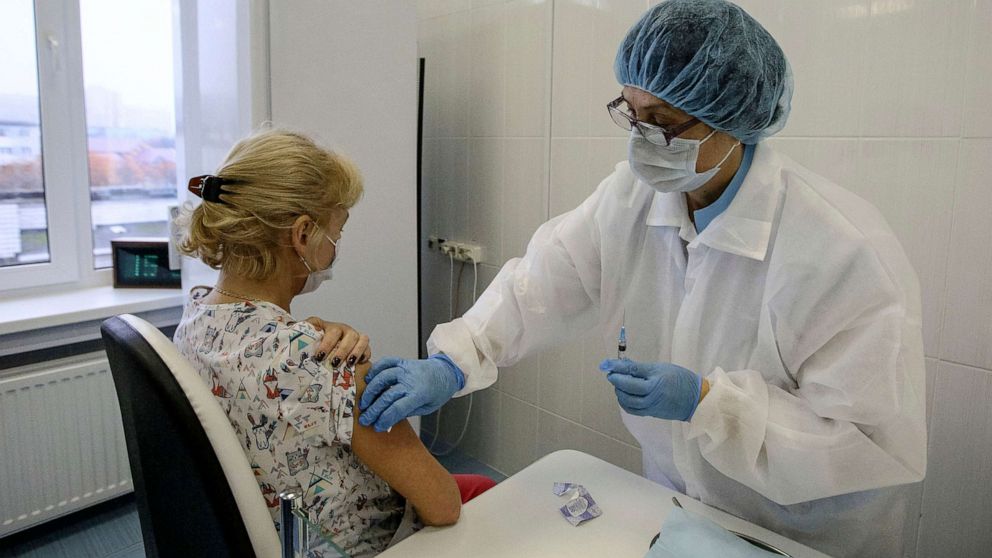 The Food and Drug Administration has told companies working on COVID-19 vaccines that it expects at least two months of follow-up on clinical trial participants after they complete a full regimen of a vaccine, meaning one likely couldn’t be authorized before Election Day for large-scale use or even emergency use in a limited way, despite the president’s promises.

The Washington Post and The New York Times have reported the White House has blocked the FDA from posting the tougher standards for vaccines as President Donald Trump has repeatedly promised a vaccine on or near Election Day on Nov. 3 and suggested it would be widely available much sooner, contradicting experts close to the process who say it will take well into next year for a vaccine to available to most Americans.

A spokesperson for the White House budget office denied those reports and said the approved guidance was never blocked and went through the normal review process.

Trump lashed out at the news on Twitter Tuesday night, writing, “New FDA Rules make it more difficult for them to speed up vaccines for approval before Election Day. Just another political hit job!” He also tagged FDA Commissioner Stephen Hahn in the tweet.

In September, Trump had said that the White House might not approve the new guidance, given what it could mean in terms of timing. “We may or may not approve it,” he told reporters, suggesting the FDA was reacting to questions about White House pressure to act faster, saying it “was a political move more than anything else.”

The guidance was posted on the agency’s website on Tuesday and as part of a packet of background material posted ahead of the vaccine advisory board’s scheduled meeting on COVID vaccine candidates on Oct. 22.

The FDA is laying out criteria for an emergency authorization of a vaccine candidate, not a full approval, and has repeatedly sought to encourage the public it will make decisions based only on the science and data from clinical trials regardless of political pressure.

FDA officials have said they expect an emergency authorization to target specific populations at higher risk for the virus — including health care workers or older populations living in group settings — and that a vaccine would not be widely available outside those groups until into next year.

Experts including Dr. Anthony Fauci, director of the National Institute of Allergy and Infectious Diseases, have said it takes about a month and a half for some side effects or problems to present themselves.

“Most of the adverse events that you’re talking about, and the reason they say that, is that you want to have not only an effective vaccine. But when you ultimately plan to give the vaccine to hundreds of millions of people who are well, you want to make sure that it’s safe, as well as effective,” he said at an event with Cornell University on Tuesday.

Peter Marks, director of the Center for Biologics and Research at FDA that oversees vaccine approvals, has said they want to ensure a vaccine is safe and at least 50% effective before they allow it to be administered to healthy people.

“We’re not going to be completely flexible — it’s not like we’re going to do anything that would be dangerous. On the other hand, if it turns out the median is seven weeks, and not two months, that’s not going to be an issue,” Marks said in a Q&A with JAMA Network on Monday.

And the president of the Infectious Diseases Society of America called on the White House to follow FDA’s scientific expertise.

“It is imperative that a vaccine be approved on the basis of FDA’s quality standards and that its safety and efficacy are established before it is authorized. A vaccine that has been approved with speed, rather than safety and efficacy, at the forefront will compound the challenges posed by this pandemic. FDA guidelines for approval that set standards the American people can trust are essential to the success of a vaccine,” the group’s president Thomas File said. in a statement.

Fauci declined to comment on the reports about delaying the guidelines, saying he’ll wait until the final result of the process.

“I think we better be careful you know the one thing I’ve learned in my many years of Washington, is that I’m a great fan of the press, but they don’t always get it right,” he said in an event with Cornell University.

I am ready to fight with God for water: KCR