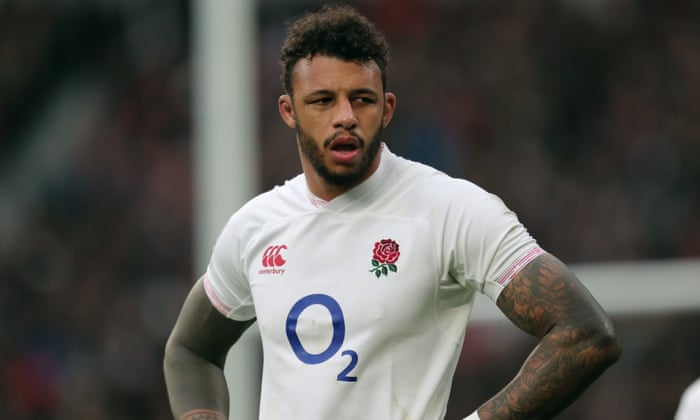 Eddie Jones has been handed another major injury blow and will be forced to shuffle his forward pack after Courtney Lawes was ruled out for 12 weeks, ensuring he will miss the Six Nations finale as well as the Autumn Nations Cup.

Lawes injured an ankle during Northampton’s defeat by Sale and after seeing a specialist will undergo surgery. Jones will already be without Manu Tuilagi, who has been sidelined for six months with an achilles injury sustained in the same match and with George Kruis bound for Japan, all of a sudden his options at lock – traditionally a position of strength – are looking light.

He does still have Maro Itoje and Joe Launchbury to call on, as well as Charlie Ewels and Northampton’s Alex Moon – though the latter two have only 12 caps between them. Before confirmation of Kruis’ move to Japan, Jones had been using Lawes more recently as a blindside flanker with Tom Curry utilised as a No 8.

Lawes’ absence means a considerable remodelling of Jones’s pack, not least because the new breakdown interpretations have amplified the benefits of having quick back-rowers, effective over the ball, with Wasps’s Jack Willis in particular catching the eye.

“Just looking at Jack, he has really good awareness around that situation, so his awareness leads to anticipation,” said the England assistant coach, John Mitchell. “Secondly, he physically is quite flexible in that area, and thirdly he doesn’t fear, he simply dares, in terms of making his decision and he is very decisive in it. You are not always going to get it right but he is definitely decisive.”

With Wasps reaching the Premiership semi-finals, Willis is not part of the England camp and long-term injuries have meant he has not been selected in any of Jones’s squad since his initial inclusion in the summer of 2018. He has been widely tipped to win his first cap this autumn, having made a record 43 turnovers this season, more than twice any other Premiership player.

He faces fierce competition from players such as Ben Earl, Tom and Ben Curry, Sam Underhill, Ted Hill and Lewis Ludlam in an area that no so long ago England were severely lacking.

Mitchell added: “Considerations definitely need to be given to fast ball and more contestability, and what are the implications for us in that area? What strengths do we have? How can we negate the opposition and how can we get an advantage? All those sorts of things I’ve considered with the subtle changes in that area and really it’s about creating awareness and being very clear on the responsibility that’s required of the standards in those areas.”