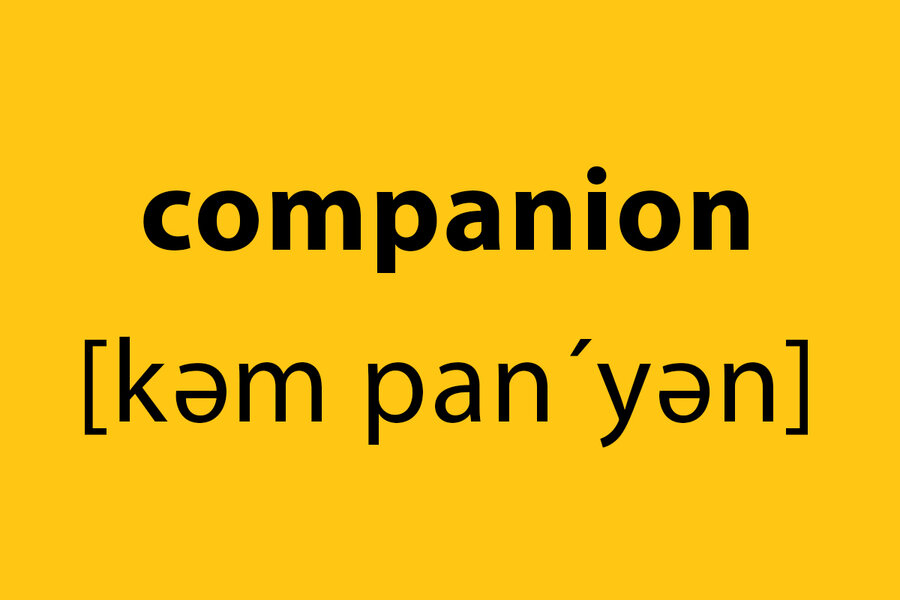 I have 194 friends, according to Facebook. That’s not many, by Facebook standards. In the United States, users have an average of 338, according to the most recent statistics, and the platform caps the number at 5,000. Few of my online friends are friends in real life, though, which dovetails with the research of evolutionary psychologist Robin Dunbar. Whether a person has 50 Facebook friends or 5,000, Dr. Dunbar has found that “only 15 [count] as actual friends and only five as close friends.” Today you can “friend” people with the touch of a key, even if you’ve never met in person.

Etymologically speaking, friendship is much more intense. Friend is an Old English word, derived ultimately from the Proto-Indo-European root pri-, meaning “to love.” In OE, friend (someone you love) was the opposite of fiend (an enemy, someone you hate).

Many friend words arose from the importance of shared meals. Companion, first used in the 14th century, is literally “a person with whom you eat bread,” as it comes from the Latin com (with) plus panis (bread). Mate, another 14th-century term, originally referred to a person sitting next to you at dinner, sharing the main course, meat. Now mate is used more generally to mean “friend” (especially in British slang) or “one of a pair” (e.g., the bird’s mate brings food).

Shared lodging also gave rise to several words. In the 17th century, university students who lived together on campus were called chums, short for “chamberfellows” – what we’d call roommates. While roommate does not imply anything about how the space-sharers get along, chums are close friends, though the word itself now has an old-fashioned ring to it. Analogously, soldiers who bunked in the same tent were comrades, from the Latin camera (“chamber”).

Bedfellow marked perhaps the closest kind of friendship. In the Middle Ages and Renaissance, beds were scarce, and most people slept next to someone else out of necessity. Because of the intimacy of lying next to someone in the dark, bedfellows often became what we’d call “best friends” today. “Bedfellow” was even a socially recognized category, akin to “partner.” One family recorded a visit from “my Lord of St John’s bedfellow,” and the Countess of Oxford complained that a social climber had wormed his way into her son’s affections: “John Hunt has impudently presumed to be his bedfellow.”

The history of these words draws a picture of friendship as loving and intense, conducted elbow-to-elbow and face-to-face – pretty much the opposite of what happens on Facebook. While social networks can be valuable tools for communicating with people we love but rarely get to see, I’d still rather visit with a couple of my chums.