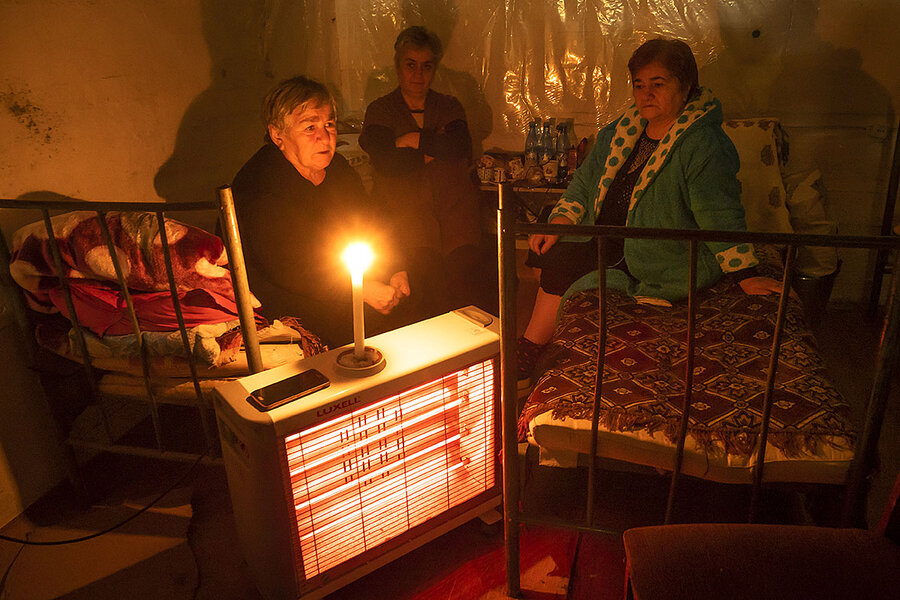 Scholars of the post-Soviet region often say that the collapse of the USSR is a yet-unfinished process with many surprises still in store. The sudden eruption of large-scale war between Armenia and Azerbaijan almost two weeks ago is exactly the sort of thing they are talking about.

For nearly three decades, large portions of the once continent-straddling Soviet colossus have been drifting away from its former power center in Moscow and into the orbits of more traditional regional powers. In the west, states like Ukraine and Belarus are drawn toward more successful European neighbors. In the east, China has been quietly expanding its leverage over the ex-Soviet states of central Asia.

Now, thanks to the assertive reappearance of another traditional regional power, Turkey – which is firmly siding with Azerbaijan – the South Caucasus region could be torn from Moscow’s sphere of influence. It’s an indication that the seeming collapse in the predictable world order isn’t just something afflicting the West, but that it’s affecting countries like Russia as well.

Russia on the sidelines

Ever since a Russian-brokered cease-fire ended the first big Armenian-Azeri war over the disputed Armenian-populated enclave of Nagorno-Karabakh – which is legally Azeri territory – in 1994, Moscow has policed an uneasy status quo that kept Armenia’s victory and huge territorial gains in that war largely intact. Though Russia has a formal military alliance and other strong ties with Armenia, it has in practice cultivated good relations with both sides and has even been the major arms supplier to both countries. That conferred a lot of influence. Indeed, when the last major round of fighting around Nagorno-Karabakh exploded in 2016, Moscow was able to compel the two sides to pull back and accept a full cease-fire well inside of a week.

That is not going to happen this time. Thanks to Turkish armaments, advice, diplomatic support, and the widely reported insertion of thousands of Turkish-allied Syrian fighters into the battle zone, Azerbaijan believes it can continue its war to recover what it sees as its lost territories without bending to Russian authority.

That new reality has already caused the Kremlin to step back and declare that the fighting is not its direct concern as long as it is only taking place on Armenian-occupied territories that are internationally recognized as Azerbaijani. Despite having a strong, NATO-like military alliance with Russia and about 2,500 Russian troops stationed on its territory, Armenia is finding it impossible to draw Russia onto its side unless Azerbaijan attacks Armenia proper. Russia has so far confined itself to calling for a cease-fire along with the United States and France, all three of which make up the largely toothless Minsk Group that has been charged with regulating the conflict for almost 30 years.

Russian experts say that Moscow is faced with a tough dilemma. Attempting to strong-arm Azerbaijan into a cease-fire that maintains Armenian territorial advantages, as in the past, risks losing Baku to Turkish influence forever. Taking Armenia’s side could tip the odds on the battlefield, but might lead to a disastrous regional war between Russia and Turkey. At the least, it would wreck the complicated relationship that Vladimir Putin has developed with Turkish President Recep Tayyip Erdoğan, which has delivered a lot of geopolitical benefits and profitable economic deals to Russia.

“The damage to the old status quo is already beyond repair,” says Andrei Kortunov, head of the Russian International Affairs Council, which is affiliated with the Foreign Ministry. “It has changed to the detriment of Russia, and it calls for a rethinking of how Russia interacts with these former Soviet countries. It may also be necessary to find a new understanding with Turkey.”

This is the third regional conflict in which Russia and Turkey find themselves supporting opposite sides, after Syria and Libya. Somehow, Mr. Putin and Mr. Erdoğan have found it possible to manage their contradictions, while pursuing their own contrary national interests.

“Ever since Russia and Turkey clashed in Syria five years ago, commentators have been predicting that they will drastically fall out,” says Mr. Kortunov. “Now the balance is more unstable than ever. But do not underestimate the things that drive them to cooperate. Open confrontation would be catastrophic for them both. On the positive side, they have a similar view of the world, their attitudes toward the West coincide, they’ve developed significant economic ties, and at least so far, have found ways to manage their rivalry in Syria, and to a certain extent in Libya. If Russia can accept Turkey as a player in a region it formerly had to itself, the South Caucasus, there is every reason to hope this complex mix of cooperation and competition can work there too.”

There are no fresh polls that show Russian public attitudes toward the current fighting. But the last time near-war broke out, in 2016, polls showed Russians largely indifferent, with a substantial minority supporting Armenia and somewhat smaller numbers sympathetic to Azerbaijan. That reflects the large diasporas of both ethnic groups in Russia: about 3 million Armenians and 2 million Azeris.

The enclave of Nagorno-Karabakh, which now calls itself the Republic of Artsakh, is a hotly contested territory that’s claimed by both Armenians and Azeris as a cradle of their national cultures. Armenians are an ancient Christian civilization that has left its imprint on the wider region, though the once huge Armenian population in present-day Turkey was mostly exterminated in a brutal genocide conducted by the Ottoman Turks in 1915. Azeris are an ethnically Turkic people, whose language is close to Turkish, but who are mostly Shiite Muslims, reflecting their long historical immersion in the former Persian Empire. Armenia is a burgeoning democracy, while Azerbaijan is ruled by a post-Soviet dynastic autocracy.

For Azeris, who outnumber Armenians 3-to-1, the loss of Nagorno-Karabakh and seven other regions to Armenia in the 1988-94 war was a national humiliation, which also led to an influx of nearly a million refugees from Armenian-occupied zones. Those refugees still live in forlorn camps, some within sight of their former villages, and remain a burning issue that the government keeps alive. In conversation with the Monitor and other journalists several years ago, Azeri President Ilham Aliyev explained in highly relevant detail how he intended to bide his time and apply the country’s oil wealth to build up its armed forces, until the moment was ripe to recover those lost territories. “The territorial integrity of Azerbaijan is not a subject for negotiation,” he said at the time.

“Our mobilization resources are vastly greater than Armenia’s,” he says. “We’re a rich country, with gas and oil, and we can even produce our own weapons as well as purchase them abroad. Armenia is totally dependent on Russia. Unfortunately, things are unlikely to take a peaceful turn in the near future, because the Armenians are resisting and refusing to give up the lands they took. As long as there are any Armenian forces on Azerbaijani soil, the war will go on.”

Mr. Velizade expresses satisfaction with Russia’s hands-off approach. “Russia is preserving its position as an effective moderator by refraining from any anti-Azeri or anti-Armenian statements,” he says. “If there is to be a diplomatic solution to this situation, it must be found according to principles that have long been affirmed by the UN and the Minsk Group which require Armenia to withdraw from the territories it occupies and then allow the status of Nagorno-Karabakh to be decided by the joint will of the Armenian and Azeri people.”

The mood in Armenia is quite different. Although its forces are reportedly exacting a high price on the advancing Azeris, they are taking heavy losses from Turkish- and Israeli-built drones and other sophisticated weaponry that’s been provided to Azerbaijan in recent years.

“Azerbaijan chose a moment when all other countries were occupied with their own problems, and nobody cares about the South Caucasus,” says Alexander Iskanderyan, head of the independent Caucasus Institute in Yerevan. “In Armenia and Nagorno-Karabakh, Russia’s attitude causes a negative emotional response. We can understand the Russians, in light of new realities. They need both Armenia and Azerbaijan for their own reasons. So, Russia’s choice is not to make a choice. But as a result, Russia’s image is suffering, and it could end up losing one or both” of its South Caucasus clients.

Time may be running out for Moscow’s fence-sitting approach, if only for practical reasons. After two weeks of intense fighting, both sides are going to need a resupply of weapons, spare parts, and ammunition for their Russian-made arms. For Armenia, which is entirely dependent on Russian weapons, it’s soon likely to become critical.

“Russia is going to need to make a clear choice. Who will it throw its support behind?” says Alexander Golts, an independent Russian security expert. “Whatever it decides to do is a potential catastrophe for Russia’s role in the South Caucasus.”