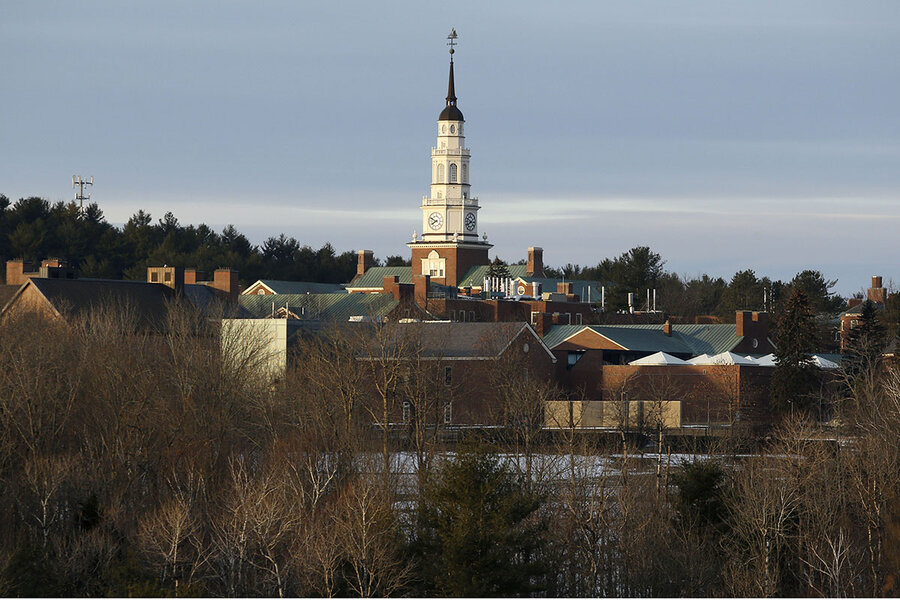 Seven weeks into the fall semester, Colby College, with roughly 2,000 students on campus, has had only 11 positive cases – seven students and four faculty members and staffers. The fact that it is a small school, in a small town, in a state with a low COVID-19 risk level, has certainly contributed to its success. So has the college’s multimillion-dollar investment in twice-weekly testing – a regimen many poorer colleges can’t afford.

But small schools with less frequent testing, in states with higher COVID-19 caseloads, aren’t seeing many cases, either. There are exceptions, of course – Providence College, an urban institution on the upper end of “small” (roughly 4,400 undergrads) remains under a stay-at-home order amid an outbreak that has caused at least 236 positive cases at the Rhode Island school. Still, most of the stories of students behaving badly have come from large institutions, where off-campus parties have become superspreader events.

If small colleges can keep their infection rates low, it could make the institutions more attractive to future students, boosting enrollment at a time when the number of high school graduates is falling and a growing number of institutions face the threat of closure, particularly in the Northeast. In this time of fear and uncertainty, families may gravitate to the safety and familiarity of small schools, college leaders say.

“I honestly think this could be a game-changer,” says Barbara Mistick, president of the National Association of Independent Colleges and Universities.

But Robert Kelchen, an associate professor at Seton Hall University who has studied college closures, isn’t convinced. He predicts that the recession, and associated job losses, will only make families more price-sensitive – and less likely to choose a costlier private college.

“The only way they’re going to see an increase in enrollment is by giving out more financial aid, and at that point, they’re not getting more in the way of tuition,” Professor Kelchen says. “I have a hard time seeing anything other than this accelerating the demise of the most at-risk colleges.”

The private-college sector has struggled for years, particularly in the Northeast. Between 2016 and 2019, nearly 40 colleges closed or merged, 17 of them in New England and New York, according to a tally by Inside Higher Ed. For every Colby with a sizable endowment, there’s a Colby-Sawyer that is barely scraping by. That school’s current enrollment of around 850 is roughly half of what it was in the early 2000s.

Even before the pandemic hit, 30% of private colleges tracked by the rating agency Moody’s were running a deficit. The pandemic, which has forced colleges to spend millions on online education and campus safety upgrades, has put many of those colleges into an even deeper hole. Between March and May, the number of institutions at risk of closing within six years climbed by 110, according to Edmit, a Boston-based college advising company. In New England, the number of at-risk colleges doubled in that time period, an analysis by The Boston Globe found.

To survive, struggling small colleges will have to come up with new ways to compete for a shrinking number of prospective students. By 2030, the number of high school graduates in New England is expected to decline by 25% from its peak in 2007, according to the consulting firm EY-Parthenon.

For now, though, small colleges are focused on a more immediate threat: the coronavirus.

In responding to the pandemic, many small colleges are using their size and culture to their advantage. Some are sequestering their students, closing their campuses to outside visitors. Others are offering students safe ways to socialize, partitioning their quads into grids so students can attend outdoor concerts and open mic nights spaced 6 feet apart.

To get students to buy into their coronavirus response plans, colleges are including them on decision-making panels and asking them to create videos educating their peers about the rules.

“We’re not dictating down to the students,” says Kristin McAndrew, vice president for enrollment and marketing at Saint Michael’s College in Colchester, Vermont. “They are responding well because they are part of the conversation.”

Some colleges with religious affiliations are making appeals to institutional and civic values, reminding students of their responsibility to care for themselves and for one another.

“It’s time for us to walk the talk of our Franciscan Catholic mission,” Dennis DePerro, president of St. Bonaventure University in southwestern New York, says he tells his students.

At Colby-Sawyer College, years of declining enrollment have had one upside: plenty of space to isolate students in single dorm rooms during the pandemic.

Dr. Stuebner, the president, hopes her college’s low caseload will translate into increased enrollment, helping the college recover to around 1,000 students.

“Safety has always been one of the things parents appreciate about us,” she says. “But in the pandemic, safety has taken on a whole new meaning.”

Still, she’s not counting on it. This year, the college launched five new health science majors, aimed at meeting local demand and setting the school apart.

“The importance of distinguishing ourselves is still critical,” she says. “You have to be able to articulate your value.”

Nick Ducoff, co-founder of Edmit, the company that forecasts college closures, agrees. He argues that colleges that will survive the pandemic, and the coming demographic storm, are those that can show a clear “return on investment.”

“Colleges that invest in career outcomes are the ones that will do well,” he says. “If they happen to be small schools, great. But for those schools to do well, community isn’t going to be enough.”