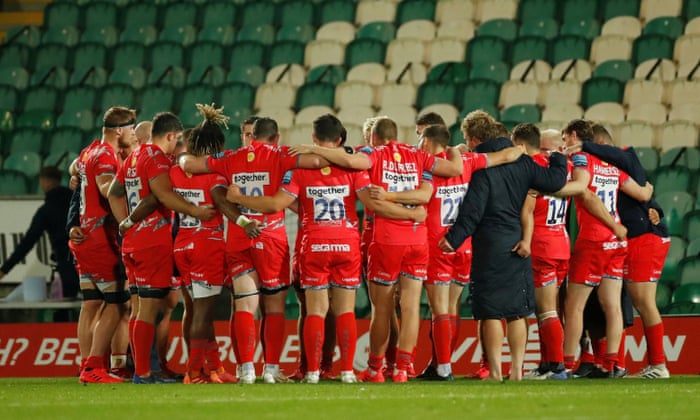 Anyone visiting Sale’s training ground in Carrington last Thursday, the day when coronavirus tests were conducted, would have had to isolate when the results came back the following day and showed the club had a Covid-19 outbreak, with 16 players and three staff testing positive.

They would have had to isolate, that is, if contacted by the NHS Test and Trace service which, given what is happening throughout the country, was not that likely to happen. And yet the Sale players who tested negative, and who had been mingling and training with those who were found to have the virus, were not required to isolate.

The question why was put to Public Health England (PHE) this week. Sale are based in one of the country’s Covid hotspots and they were hoping to play the postponed match against Worcester at home on Wednesday. Several of their Northampton opponents the previous week were forced to isolate after the positive tests at the Sharks were made public, so why was the entire Sharks squad and management who tested negative not forced to do the same?

PHE has yet to come back with a response but it is a question it should have been answering given Worcester’s health concerns before a match that would have been played but for eight more positive tests at Sale: it may be revealed in the track and trace audit the RFU is driving. Why did PHE not insist as soon as last week’s test results were known that the game, originally scheduled for Sunday, be cancelled because of the clear risk that would have been posed to Worcester, as well as to those working at Sale and their families?

As soon as Sale said last Friday they would be able to raise a team for Sunday, Premiership Rugby had a decision to make. Before the league’s resumption in August, it had stipulated that teams unable to play matches “due to illness following Covid-19 will be forced to forfeit their fixture”. The opponents would be given a 20-0, bonus-point victory.

Sale saying they could raise a team on the Sunday meant, on the surface at least, the rule could not be enforced, nor the one that said if a match could not go ahead because of a government lockdown or local authority restrictions, it would be recorded as a 0-0 draw.

But by giving Gloucester five points when Northampton said they would not be able to field a team at Kingsholm on Sunday because front-row injuries had been compounded by the number of players who had to isolate after the Sale match, Premiership Rugby was on the defensive when it postponed the Sharks’ match, something that before the resumption it said it would not do because of time constraints. 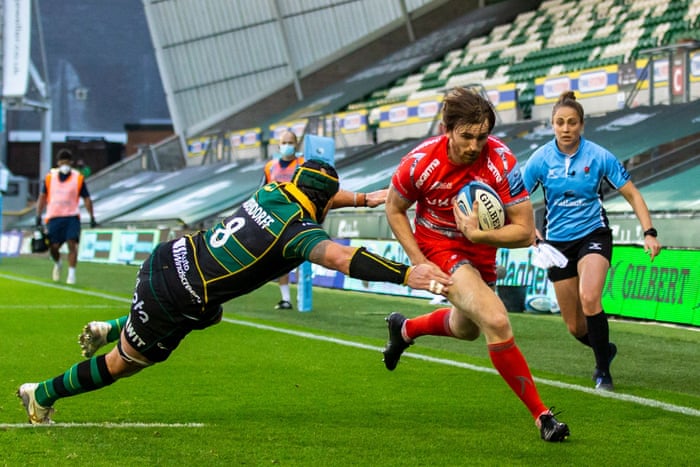 It justified the about-turn by saying: “As the [Sale] match has such a critical bearing on deciding the Premiership champions, we wanted to do everything we could to play it.” PHE should have taken the matter out of the sport’s hands and told Sale’s players and staff to isolate and spend the time contemplating the new season.

Setting aside PRL putting the title race before health, the value of having Sale in the play-offs was questionable with more than half their squad unavailable through either the virus or injury. With the Premiership saying on Thursday that any contacts of infected players had to isolate for 14 days, it meant the Sharks would have had to stuff the bench with rookies twice in four days had they played Worcester and beaten them. The four semi-finalists will all be able to pick from greater strength, and surely that is better for the tournament.

Which is not to have a go at Sale who have been contenders for the top four all season, but after such a significant outbreak it should have been clear to those in charge that cancelling the Worcester game was the only option. When Racing 92 recorded several positive tests last week, believed to be nine, the Top 14 organisers invoked a rule saying any club that had three players testing positive must quarantine and postpone their next match.

Sale issued a statement on Wednesday, after a further eight positive tests forced the cancellation of the Worcester match, that the news was “devastating”, adding: “Although everyone at Sale Sharks is disappointed to see our campaign end in this manner, the club wholly understand that the welfare of players, staff and officials is the most important factor.”

It would not have mattered whether the Worcester game was played had Sale beaten Bath at home last month. That 37-22 loss, conceding a bonus point, ultimately cost them; had the result been reversed, the Sharks would have gone into the final round with their play-off place secure.

The Exeter director of rugby, Rob Baxter, said this week he favoured adopting the French policy of a match being called off triggered by a set number of positive tests. The question would then be whether the game was postponed or cancelled and Baxter suggested using an independent medical board. 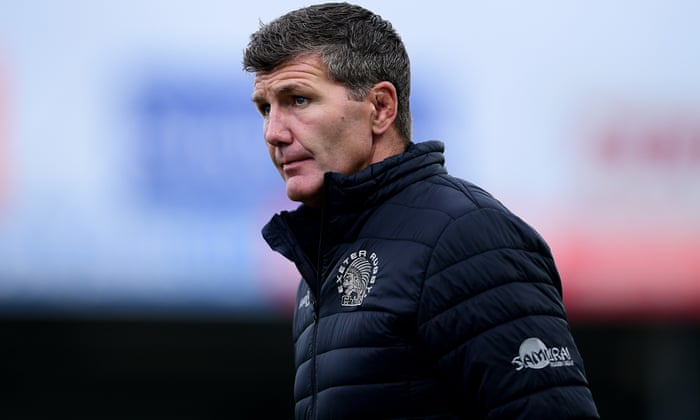 The schedule was tight after the restart with a number of midweek rounds, and next season will be congested, starting on 20 November and played over 32 weeks, which will be made up of 22 Premiership rounds, two play-off weekends and eight European dates. The Premiership Rugby Cup will be played in midweek after the Six Nations. Not much cover there for virus outbreaks or bad weather.

For players, it means living in semi-lockdown for the foreseeable future, with their movements away from rugby restricted. Some will cope better than others, but their livelihoods, as well as their health and that of others, depend on it, as well as PRL offering a lead.

Guendouzi eyes move to Germany as Tottneham enquire for Skriniar