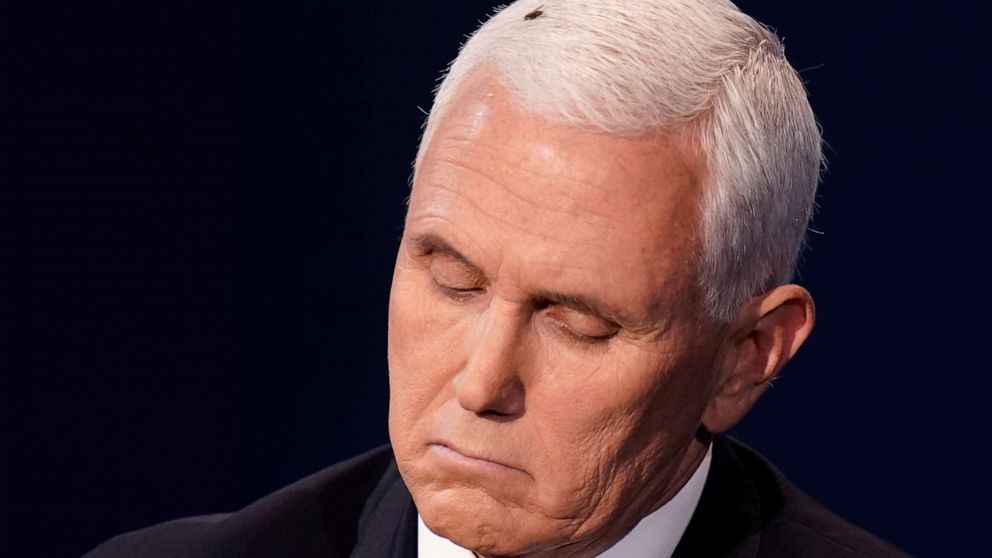 Vice President Joe Biden couldn’t be a fly on the wall during Wednesday’s vice presidential debate, but he was able to use the insect that perched itself on his successor’s head to help his campaign.

Viewers around the country took notice late into the debate when a fly landed on Vice President Mike Pence’s white hair and stayed there for over two minutes. Pence seemed unaware of the insect as he debated Sen. Kamala Harris, but social media users and commenters quickly joked about the odd incident.

“I am so happy to see that Mike Pence didn’t let that fly dominate his life. He didn’t live in fear. Maybe he’s immune? I don’t know,” actor Colin Hanks tweeted, in reference to President Donald Trump’s statements, which he made earlier in the week after he was released from the hospital, still with COVID-19.

Biden’s campaign spared no time to poke fun at Pence. The former vice president’s Twitter account posted a picture of a smirking Biden holding a fly swatter, next to a link to his fundraising page.

“Pitch in $5 to help this campaign fly,” the tweet read.

Biden later tweeted a link to the url flywillvote.com which redirected users to the website, iwillvote.com, which provides information on voter registration, polling sites and local election offices.

The campaign took it one step further by offering a $10 “Truth over Flies Fly Swatter,” on its campaign website. The site warned that the item ships within 14 days.

Here’s a state-by-state guide to voting in the age of COVID-19.