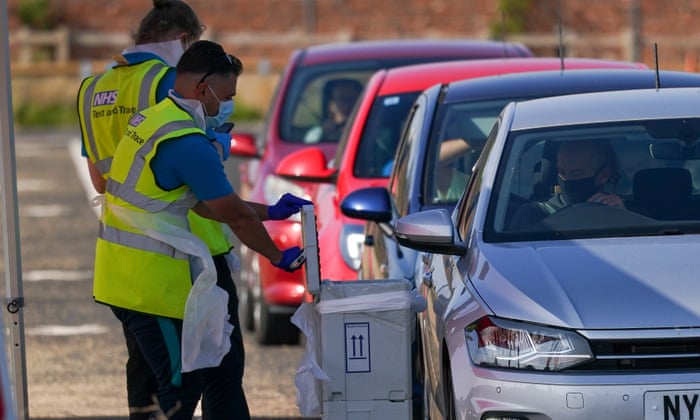 Most people in the UK who have Covid-19 or are a contact of somebody who has tested positive fail to fully self-isolate, despite the necessity of doing so to prevent a resurgence of the pandemic, advisers from the Scientific Advisory Group for Emergencies (Sage) told ministers last month.

Newly released papers reveal that behavioural science experts warned that only 18%-25% of people who needed to were self-isolating. Others were still going out to work or to shop, even though they risked infecting others.

In a paper dated 16 September, they called for financial support primarily for low earners, but also in middle-income groups. Food and help with obtaining medical and other supplies would also be essential, they said.

The scientists warned the government in March that people would need money to stay at home. Evidence since then has accumulated. The Corsair study, with data collected every week from March to August, showed as few as 18% of people with symptoms were not going out at all.

On 20 September, the government announced a grant of £500 to those on low incomes who are told to self-isolate for two weeks, which is less than the minimum wage, and fines of up to £10,000 for anyone who disobeyed.

Ministers will be hoping the measures help bring down the number new infections. Cases of Covid-19 are continuing to rise rapidly in England, multiple studies have found, with as many as one in 170 people infected with coronavirus.

The latest figures from the Office for National Statistics, based on results from more than 127,000 participants over the past two weeks, suggest that between 25 September and 1 October about one in 240 people in the community in England had Covid-19, with about 17,200 new cases per day.

The ONS figures suggest a sharp rise from the previous week, when it was estimated that about one in every 470 people in the community in England had Covid-19, with about 8,400 new infections a day.

Prevalence was highest in regions including the north-east, north-west, and Yorkshire and the Humber, and among older teenagers and young adults, followed by secondary schoolchildren.

The findings chime with the latest results from the React 1 study, led by Imperial College, London, that uses swabs from about 120,000 to 160,000 randomly selected people in England across 315 local authority areas each month to track the spread of coronavirus.

Early results from the fifth round, released last week, suggested that while cases continue to rise, the rate of increase may have slowed, with an R of 1.1 and about 0.55% of the population infected.

Now the team say analysis of the data for the entire fifth round, based on swabs collected between 18 September and 5 October, confirms confirms cases are still rising.

“Our estimate today is that 0.6% of the population, or 60 per 10,000, have [coronavirus] amongst the general population,” said Prof Paul Elliott, an author of the report from Imperial College London. “Even since the previous report, things have gone up even more.”

Prof Steven Riley, another author of the work from Imperial College London, said the latest figures confirmed that there had been a slight slowdown in the rise in infections, with the new data suggesting the R value for England was now 1.16, with a doubling time of about 29 days.

Riley said the data suggested restrictions, including the “rule of six” may have had some effect, but stressed that cases were still rising.

“It’s a national epidemic, it is still growing,” he said, noting the React-1 study suggested the prevalence across England was about one in 170 people, with 45,000 new infections each day.

The results come as the Sage revealed its estimate for the R figure is between 1.2 and 1.5 for both England and the UK as a whole, and is above 1 in all regions of England.

It adds that the number of new infections in the UK is growing by between 4% and 9% every day, and could be growing by as much as 11% every day in the east of England.

However, the team behind the figures warn the time lag in the data used means the figures best represent the situation a few weeks ago.