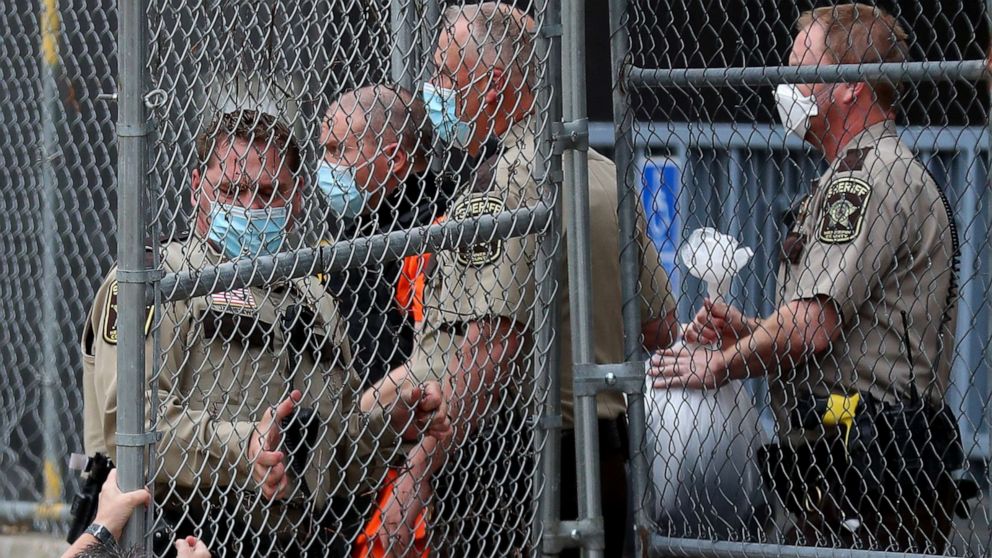 Derek Chauvin, the ex-Minneapolis Police officer accused of killing George Floyd, has been released from jail on $1 million bond.

Chauvin is charged with second and third-degree murder and manslaughter in Floyd’s death. He was released from a state prison Wednesday morning.

All four accused officers are now out of jail as they await the start of their trial next March.

Floyd died on Memorial Day after he was pinned down by Chauvin. Body camera footage shows Chauvin kneeling on Floyd’s neck.

Chauvin’s bail conditions were set in June and included surrendering guns; not working in law enforcement or security; no contact with the victim’s family; and not leaving the state without permission.

Floyd’s death sparked countrywide protests over the killing of Black men and women by law enforcement.