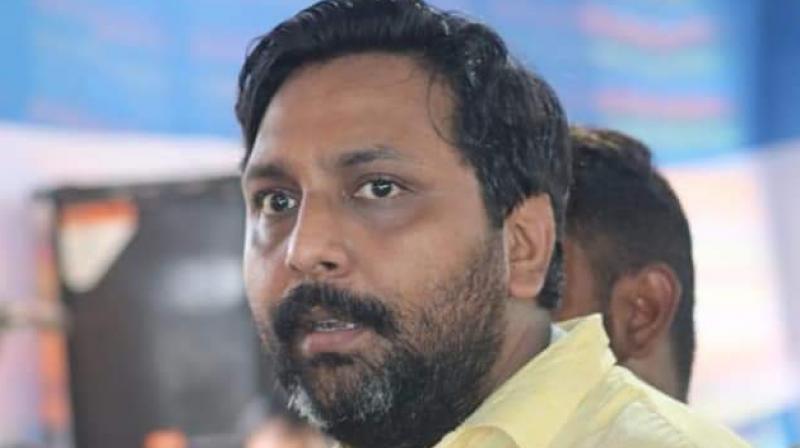 Kolkata: The Mamata Banerjee government will keep its state secretariat Nabanna shut for COVID-19 "sanitization" purpose for the next two days as the BJP has assigned its Yuva Morcha president and young MP Tejasvi Surya to lead the "Nabanna Abhijan" on Thursday and add teeth to the rally in wake of party worker Manish Shukla's gruesome murder in North 24 Parganas in West Bengal.

According to sources, the state government advised its officers and employees to stay home on Thursday and Friday due to the "sanitization" work at their workplace. The instruction however came to them only on Wednesday, sources revealed. Tejasvi's task comes within two weeks of his appointment as BJYM chief.

Initially, state BJYM president and Bishnupur MP Saumitra Khan was supposed to lead the rally with seven-point agenda, covering unemployment and malpractices in the recruitment in the state government jobs. But Shukla's murder and prominence of TMC link in the case have changed political mood in the state overnight, putting the ruling Trinamul Congress in a tight spot and giving the BJP a scope to capitalise on it ahead of the Assembly Election in the state next year.

Tejasvi alleged, "The holy land of Swami Vivekananda, Netaji Subhas Chandra Bose and Syama Prasad Mukherjee has become a den of terror and corruption of the Mamata Banerjee government. Democracy is continuously being murdered in Bengal. Whoever raises voice against terror, corruption and unemployment is eliminated. More than 110 workers of our party have been killed in the state. Few days ago Shukla was killed at a young age in a barbaric way. He was young and popular and had a long political career ahead. No sacrifice will go in vain."

BJP MP of Barrackpore Arjun Singh, who recently threatened that the rally would be held in a "Guerrilla style," meanwhile claimed that Rs 40 lakhs were given as contract by two outgoing chairman of the Titagarh and Barrackpore Municipalities — Prashanta Chowdhury and Uttam Das respectively — to the killers eliminate his close aide. Chowdhury and Das are the top two accused among nine in the FIR.

Trump falsely dismisses virus danger: ‘You catch it, you get better, and you’re immune’

Joe Biden: What you need to know about the Democratic presidential nominee