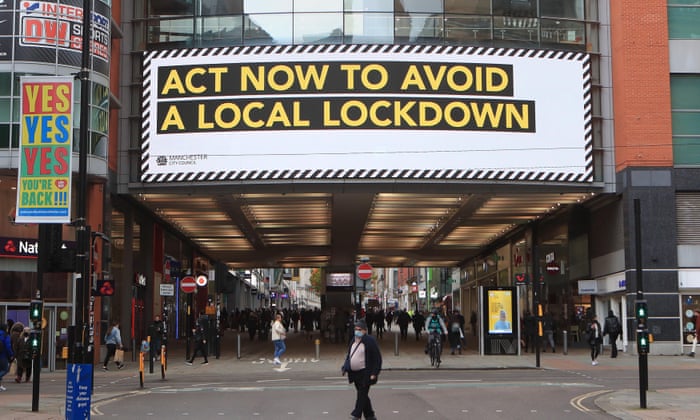 Mayors of some of the UK’s biggest city regions were threatening legal action against the government last night as they went into open revolt against “grossly unfair” financial support for workers in northern England facing new local lockdowns.

As No 10 desperately tried to win over council leaders before announcing new lockdown rules for the north-west and north-east on Monday, Andy Burnham, the mayor of Greater Manchester and former health secretary, said Boris Johnson was leaving himself open to court action on grounds of discrimination, particularly against people in low-paid hospitality jobs across the north.

Burnham told the Observer that by offering to pay only two-thirds of the wages of people hit by new closures – as opposed to the 80% which applied nationally under the original furlough scheme – ministers would be punishing people in the north in a way that was completely unacceptable.

Burnham said the Conservatives were betraying the people in so-called “red wall” seats who they had persuaded to vote Tory at the general election last December with pledges to “level up” the country. “This is an active decision to level down,” Burnham said. “They are asking people to surrender to hardship in the run-up to Christmas and asking businesses to surrender to collapse. It is grossly unfair.”

In a joint press conference, mayors and local government leaders from the Liverpool, Sheffield, and Tyneside regions said they were writing to all northern MPs asking them to call for parliamentary votes this week on the financial package announced last week by the chancellor, Rishi Sunak, and the proposed lockdown plans expected to be put to the House of Commons on Monday.

Johnson is expected to announce a new three-tier system of restrictions under which areas with the highest rates of infection will be told to close all pubs in their areas, and possibly a range of other businesses considered as high risk. “I’m angry actually about being told the effect on people’s lives is non-negotiable,” Burnham added. 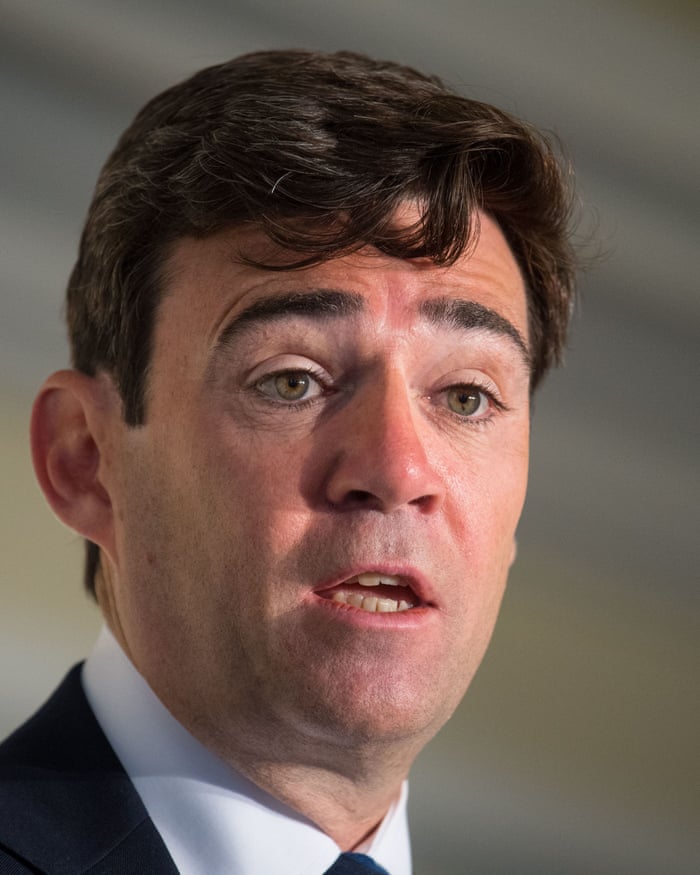 In their letter to MPs the northern leaders said: “Earlier this year, the government set its national furlough scheme at 80%. We can see no justifiable reason why the local furlough scheme should be set at 67%. To accept it would be to treat hospitality workers as second-class citizens, and we think that is wrong. Many of these workers have already faced severe hardship this year.

“On top of this, the timetable for the introduction of the scheme also presents a major problem. It will start in early November, which means that payments will not be made until early December, six weeks after businesses have been forced to close.

“We also have serious concerns that the local furlough scheme will be limited to businesses forced to shut. There are many other businesses who supply the hospitality sector who will see their own trade collapse if their customers are to close. In fact, the effect of restrictions might be to choke off footfall in many of our towns and cities, and many more businesses and venues such as theatres, arenas and cinemas are likely to be impacted by new restrictions.”

Steve Rotheram, Liverpool city region mayor, warned that imposing measures without a clear plan to help businesses and explanations on how to exit the restrictions would amount to “death by a thousand cuts” for many companies. He also warned public trust would be difficult to recover once it was lost.

The new restrictions could be imposed for four weeks, according to sources involved in talks this week.

It is understood that local leaders are already talking to business chiefs about how they might instigate and fund legal moves against the government. A government spokesman said last night: “Throughout the pandemic, we have worked hard to protect jobs and support the economy, whilst trying to limit the spread of coronavirus. We will keep all financial support under review to support businesses who need it most and protect jobs over the coming weeks and months.”

On Saturdaythere were growing signs that hospitals in areas with high numbers of Covid-19 infections were struggling to cope. In Liverpool it is understood that hospitals may soon have to cancel all elective surgery due to spiralling admissions.

Dr Matthew Tuck, who works in Newcastle as an anaesthetic registrar and is deputy chair of the BMA’s junior doctors committee, said numbers were similar to those which triggered the first national lockdown. “Where we are now is very similar to how we felt in the middle of March,” he said.

MPs were told on Thursday that the number of patients in intensive care in the north of England in three weeks’ time would be higher than at the height of the first wave of the pandemic in April. 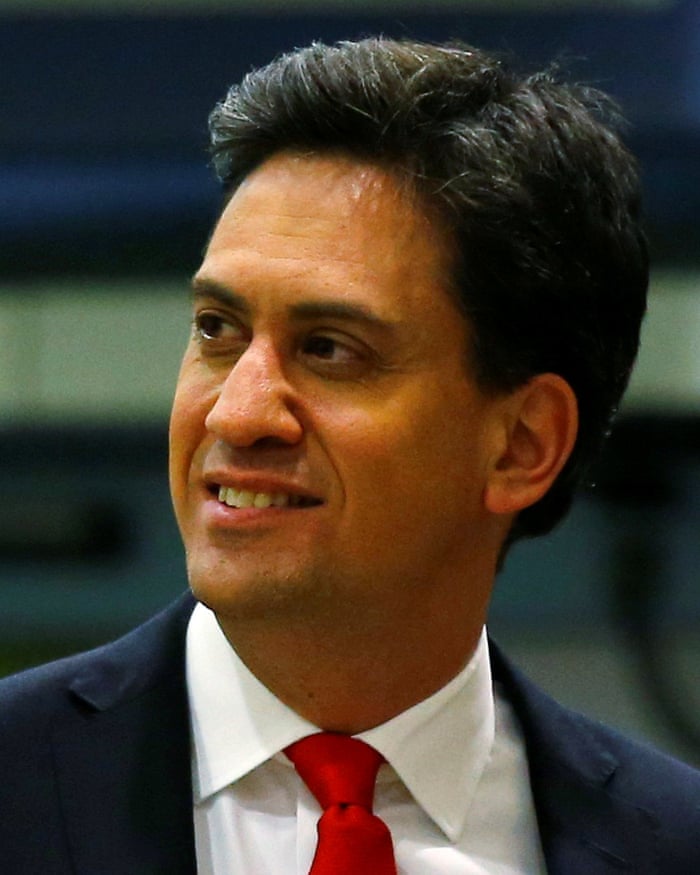 Meanwhile Labour claimed last night that of more than a million jobs in sectors that faced being shut down or subject to severe new restrictions only 73,250 people – or 6.5% – stand to benefit from the extension of the job support scheme. This is because the small print in the announcement states that only businesses “legally” closed because of coronavirus will benefit from the support.

Ed Miliband, the shadow business secretary, said: “The government has been forced into a climbdown about the principle of supporting the shutdown of so-called ‘unviable’ businesses and jobs. But there are massive holes in the new safety net. Businesses including weddings, theatres, cinemas, events, and many suppliers will still be left out on a technicality. They are not legally closed but they’ve been forced to shut in all but name.”

While the focus is on the parts of north with soaring infection rates, the mayor of London, Sadiq Khan, told Londoners to also expect more restrictions: “My prediction is, there will be additional restrictions being brought in because we’ve got to ensure we don’t have a situation with the NHS being overwhelmed and lives being lost.”

Scientists have warned that the dangers of a severe second wave are not confined to poor areas in the north. “A large margin in increase in daily growth rates, which is similar across almost all regions of England, suggests that the infections are rising across the country, unlike localised outbreaks that were happening over the summer,” said Dr Konstantin Blyuss, Reader in Mathematics, Sussex University.