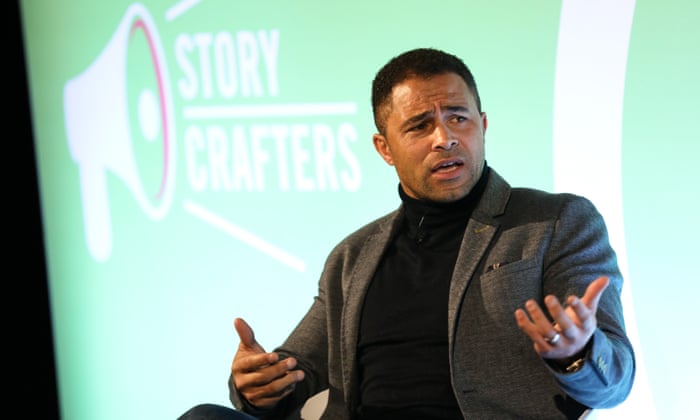 Few sports are as proud of its history and heritage as rugby league. Last month marked its 125th anniversary and one of league’s core strengths for decades has been its proud record of racial diversity and contributions from great black players.

In Black History Month, it is apt to remember that Clive Sullivan became the first black captain of any British national sporting side when he led Great Britain to the World Cup in 1972. Jason Robinson – a product of league’s Wigan and a union World Cup winner in 2003 – was the first black player to captain England’s rugby union side.

Billy Boston, Des Drummond, Ellery Hanley and Martin Offiah have not only left an indelible mark on league, but have inspired generations to pick up a ball. However, the numbers at all levels of the sport indicate something has changed. In 2000, there were 21 black, British-born players who played in Super League. Fast forward to 2010 and that number had risen to 25. But this season, only 11 black players who were born in Britain have featured.

In last season’s Premier League, that figure was almost seven times higher. So what has gone wrong? “It is absolutely clear, when you consider those numbers, that more needs to be done,” Robinson says. “I grew up in Harehills, a stone’s throw from Headingley where Leeds play, and you see very few black people watching rugby league games. 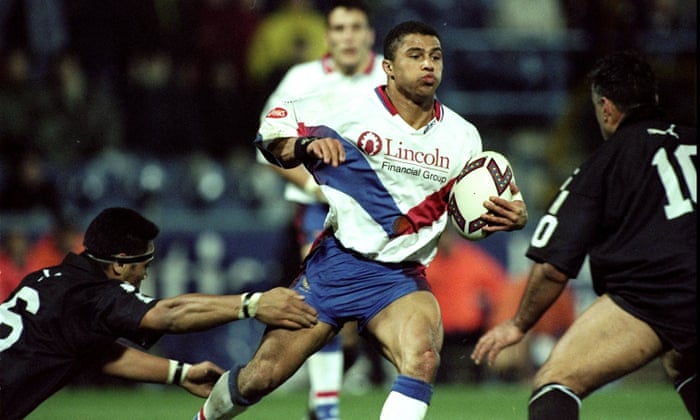 “When I went along, I wanted to see some black people on the field. I identified with Ellery Hanley. I felt like there was someone for me to look up to and if the numbers aren’t there at the top, that creates a problem for young kids who want someone to be inspired by. That’s just part of the issue.”

Robinson is trying to correct the problem in his home town. Leeds has one of the strongest black communities in the north of England and has produced great players such as Robinson, Hanley and Jamie Jones-Buchanan. But the cross-code legend, who is working with the Jamaican national side to try to entice more young black children to try playing, believes the sport is failing on many levels. 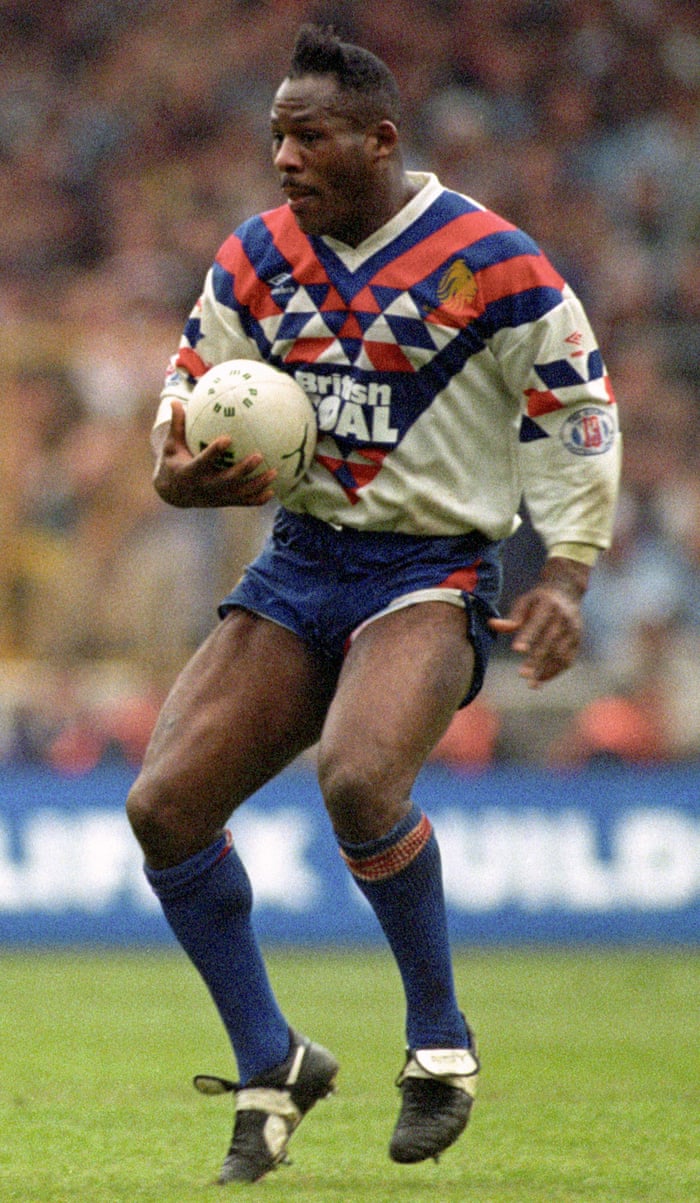 “At grassroots level and in schools, more needs to be done. There’s a bottom-up approach and a top-down approach to consider and there isn’t as much being done as there should be. You’ve got to go into the area with a pathway and a clear idea of what you want to achieve. The time for talking has stopped.”

Less than 8% of players in the community game identify as black, Asian or minority ethnic, according to the Rugby Football League’s latest figures. When you count solely black players, the number is even lower.

Alex Simmons, who is working alongside Robinson with Jamaica, says: “We have to look in the mirror as a sport, be honest and set some ambitious targets surrounding equality, diversity and inclusion.

Maybe the sport hasn’t had a mechanism in its recent history to inspire black communities, but with Jamaica qualifying for the World Cup, it now does. If you went to a rugby league game, you’d struggle to see more than 50 black faces in a crowd of 15,000. How do you get kids from schools into playing amateur rugby and watching games? These are the questions we’re trying to find the answers to and it seems nobody has the answer.”

There are problems at the top, too. Only five black players have represented England since 2011; in the same period, 12 have been capped by their union counterparts. In the past three years, 16 black players have played for England’s senior men’s football team. “Football are in the communities doing regular work and rugby league isn’t,” Simmons says. “Until you have proper pathways at the bottom, the numbers at the top will never change.”

There is a feeling of the black community being worryingly underrepresented in other areas, too. The professional game has one black head coach – London Skolars’ Jermaine Coleman, who will also take charge of Jamaica at the 2021 World Cup – and there is not a single black chief executive or administrator. “You don’t need an opinion – the facts speak for themselves,” says Leon Pryce, the former Great Britain international who shares Robinson’s views. 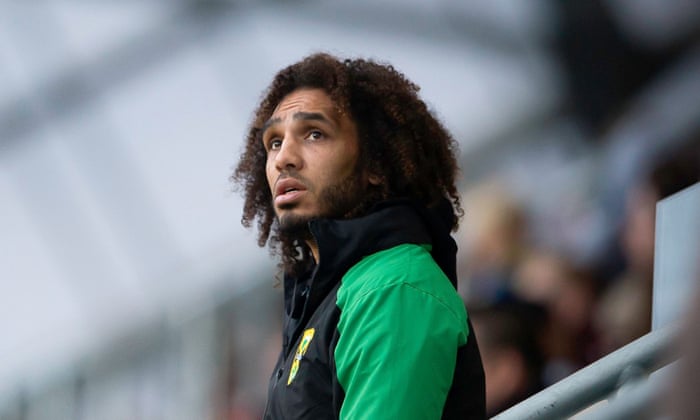 “How can you instigate change if there is nobody with a true lived experience of what it is like to be black or to experience the struggles? The numbers are worrying. There’s a need to tackle this now before it gets worse. I felt the black community was underrepresented when I was playing, but now it’s scary. Getting into schools and these communities and putting balls into the hands of kids is the way you change it.”

Robinson agrees. “How do you understand the barriers you need to break down if you don’t have people in place that have experience of it? I’m not sure who is there that isn’t white. Nobody has ever asked me for an opinion on what we need to do at grassroots level to get black people involved with rugby league.

“Maybe these people and their families don’t feel they can be a part of the sport because of the lack of representation. It’s tricky because the numbers at the top are what influences the growth at the bottom, but you have to really be aggressive in black communities to bring them to rugby league like other sports have done. We’ve been missing a trick. Is there enough understanding of the actual issues black people have to encounter? If there was a black chairman, things would have changed quicker.”

Simmons says: “You need to have proper pathways at community level and understand why kids don’t pick rugby balls up in these black communities. I don’t think the sport has done that in recent years and part of it is because there’s been no mechanism that has enabled black kids to feel part of the sport. Are we ready to embrace all people from all communities? I’m not sure. I don’t know if the sport is ready for that.” 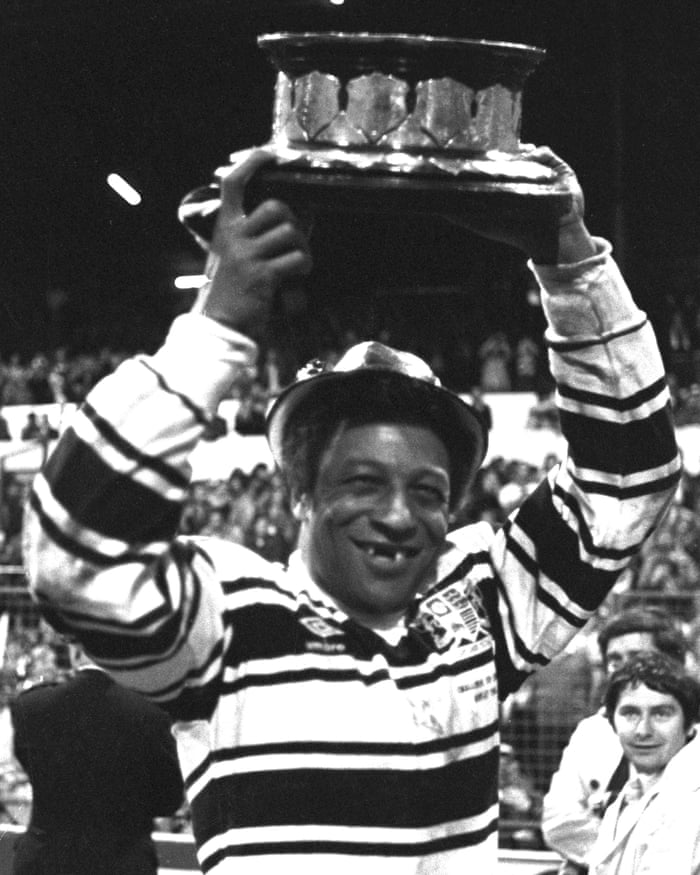 Perhaps most worrying, there is a bigger issue to get to grips with. “People don’t think racism exists in the sport – but if you make one comment about Black Lives Matter, you’ll see the ignorance,” Robinson says. “I hear the term ‘rugby league family’ all the time. Well, people in this family, black people, are hurting. Let’s explore why that is.”

The RFL has accepted the need to improve participation figures, introducing key pillars aimed at diversifying the sport’s talent pool and engaging underrepresented communities. Judging by the drop in numbers, change is coming at a crucial moment for the sport. “These pillars could make a big difference, but it’s overdue,” Simmons says.

Robinson says: “Let’s have some honest conversations with ourselves as a sport. Let’s understand why it is that black people aren’t engaging with rugby league. If we don’t do something soon, we’ll lose a generation of black players and the knock-on effect from that could be huge.

“I grew up wanting to be like Ellery Hanley. If the role models aren’t there, the talent pool could dry up. If there’s nobody to represent a minority voice or a community, how do you ever instigate change?”