An exclusive Express.co.uk poll found a vast majority of readers backed Mr Trump’s bid for another four years in the Oval Office despite his poor ratings stateside.

The online poll revealed a staggering 80 percent (7,957 people) said they would vote for Mr Trump if they could take part in next month’s election. 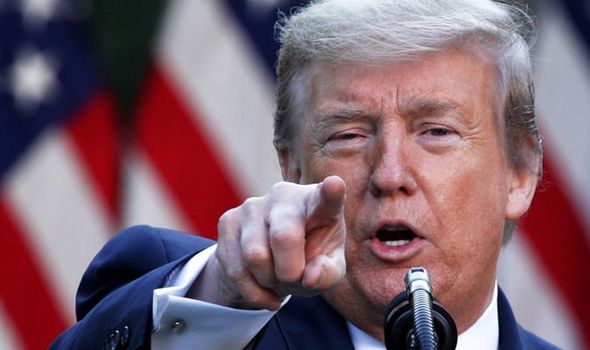 One Express.co.uk reader said: “Far more enthusiasm for Trump this election. I cannot stress sufficiently how the support for him has increased.

“He will win big! Polls are just as wrong as they were in 2016, maybe worse. Bought and paid for results by whoever pays for a poll. Simple.

“Lefties funded by China and Soros money are the visible opposition to him. It is not organic in the least.”

Another said: “Insider or outsider no brainer really, they voted for the lesser of two evils last time and they have the same choice again.

“The orange buffoon is causing the least amount of damage so should continue as at least he understands jobs and business.” 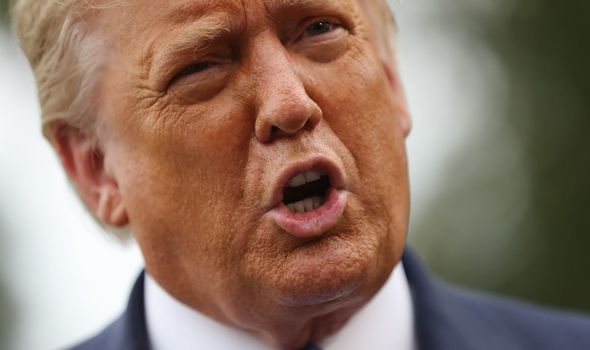 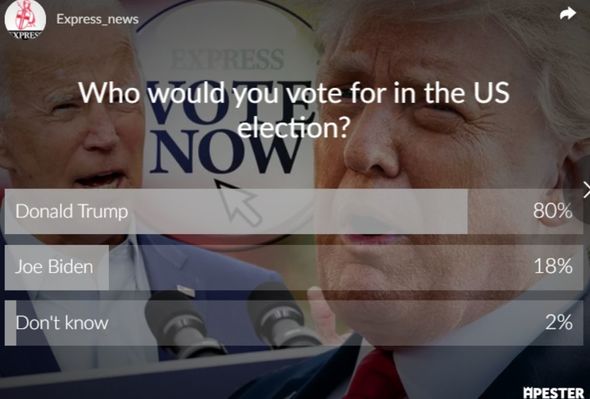 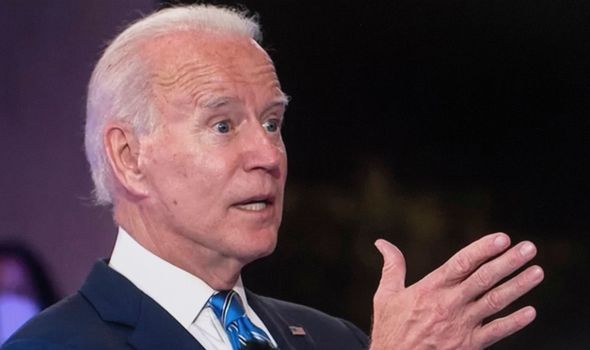 Another Express.co.uk reader said: “The USA is lost forever if Biden wins, he has proved over the years to be clueless over world affairs.”

Several readers bemoaned the quality of candidates in the running for the Presidency.

One said: “Basically a choice between awful and dire.”

And another said: “They are both little old men that should have retired many years ago.

“If they are the best that the USA has to offer then God help us all.”

Mr Trump declared today he is now fully recovered from COVID-19 and will not be a transmission risk to others, freeing him to return to holding big campaign rallies during the final weeks of the race for the White House.

The President, who spent three days in the hospital after revealing he had tested positive on October 2, said: “I passed the highest test, the highest standards, and I’m in great shape.

“I beat this crazy, horrible China virus. It seems like I’m immune.

“Now you have a president who doesn’t have to hide in the basement, like his opponent.” 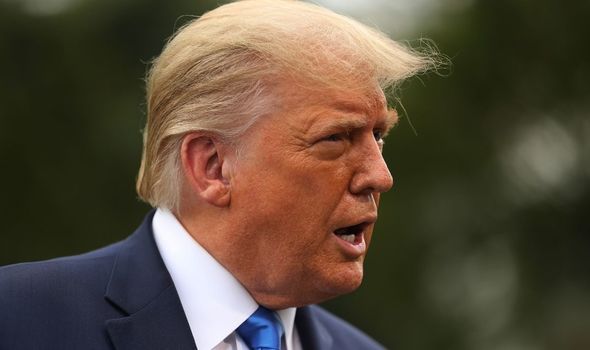 Mr Trump is eager to get back on the campaign trail after an absence of more than a week.

He plans to travel to the key battleground state of Florida tomorrow, followed by rallies in Pennsylvania and Iowa on Tuesday and Wednesday.

US opinion polls show Mr Biden with a substantial lead nationally, although with a narrower advantage in some of the states that may decide the election outcome.