In 2002, 25 kilometers from Seoul, began construction of Songdo (SongDo) — the city of the future, which was to turn the idea of wealthy residents of the capital of South Korea about life in the modern metropolis.

Located just an hour drive from Seoul, eco-friendly filled with high-tech infrastructure and greenery of the city on the idea was to make the contrast of the overpopulated capital, whose inhabitants suffer from the endless traffic jams, pollution, piling up buildings and lack of urban space.

After 15 years in the city, designed for 300 thousand people, almost no one lives, and the infrastructure and high-tech buildings no one uses. Those few who decided to settle in the promised hi-tech utopia, compare SongDo abandoned prison. 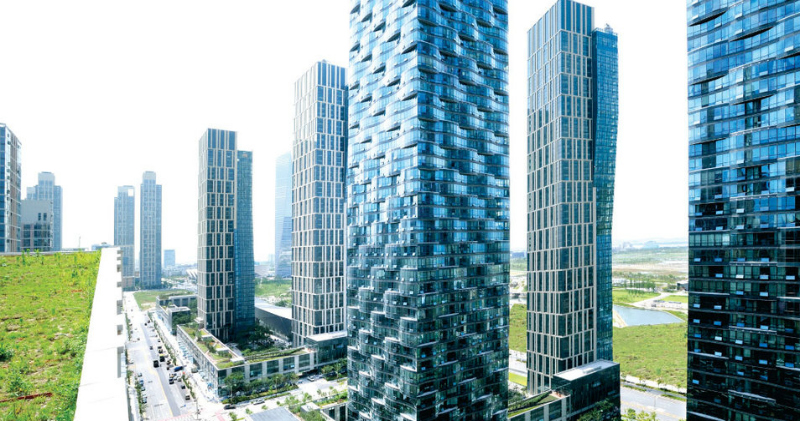 The construction of the “first smart city” cost $ 40 billion. Residents were offered a new eco-friendly environment with lots of parks and green areas and all the Essentials in walking distance — shops, entertainment, hospitals and schools.

Investors said they are investing in future educational and business centre of Korea, which will soon compete with leading Asian cities.

Project the image of the city 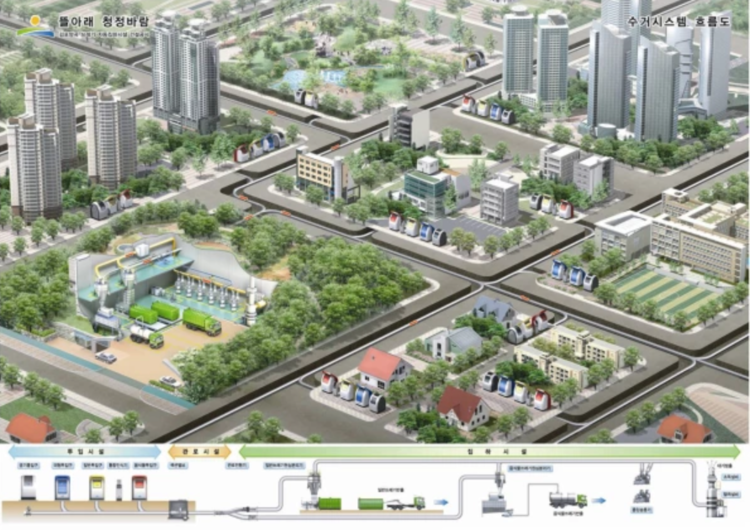 It was planned that the city will cope with the problems plaguing large cities: garbage, exhaust from cars, traffic jams and polluted environment. The number of transport wanted to cut to a record low — the roads are built only for long-distance transportation, mostly locals had to travel by bike and use public transport.

So look promotional images of the city: 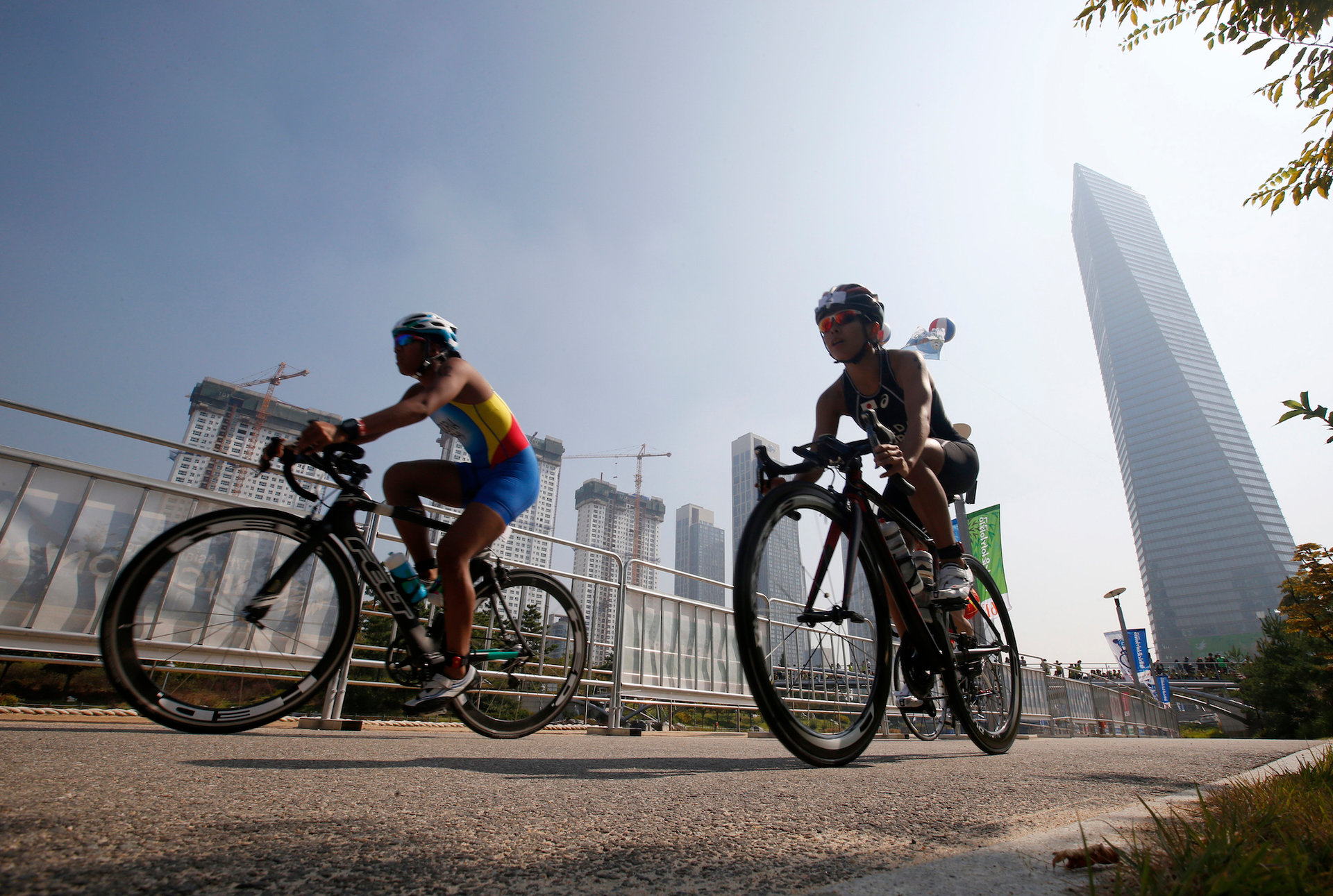 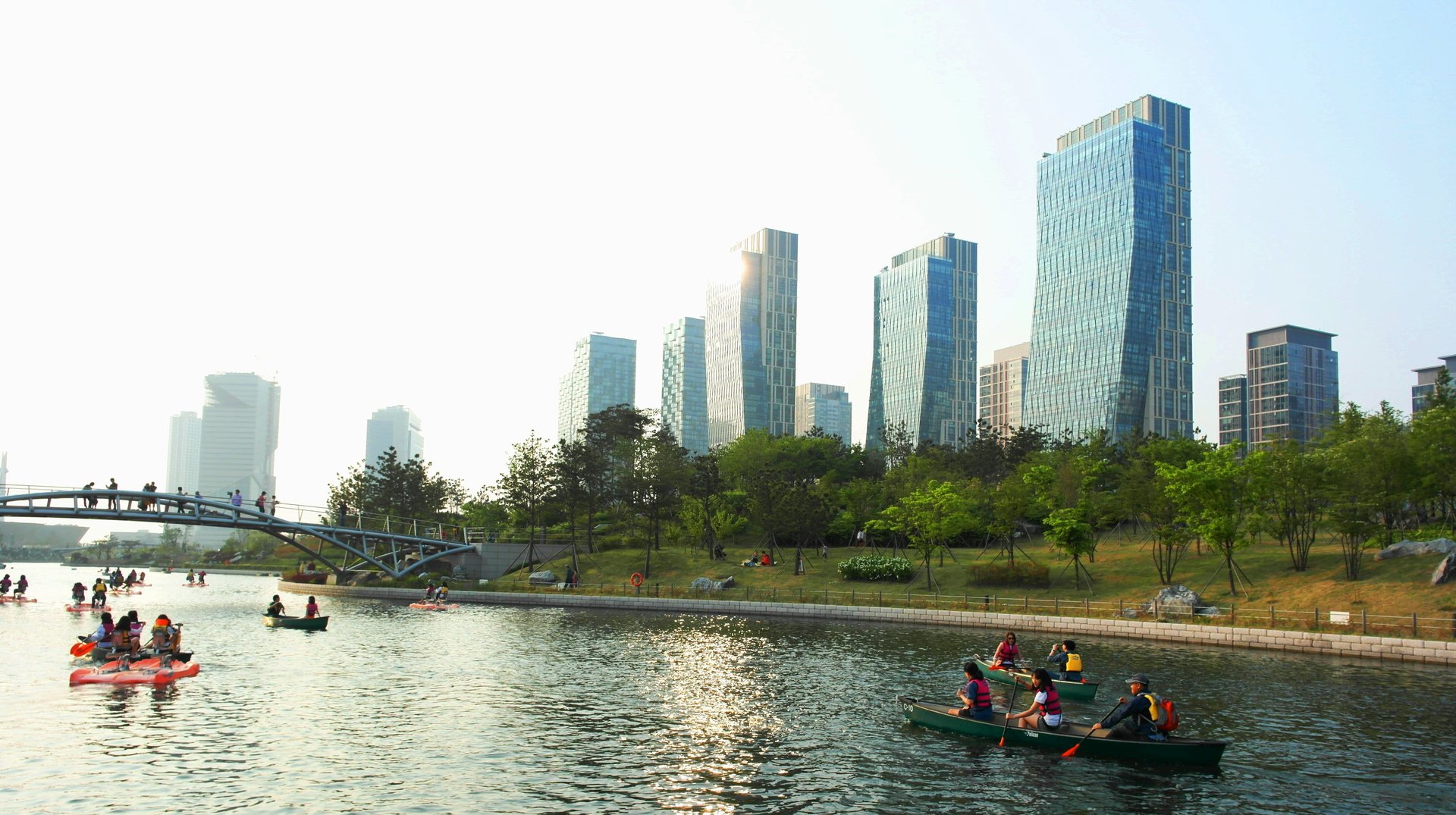 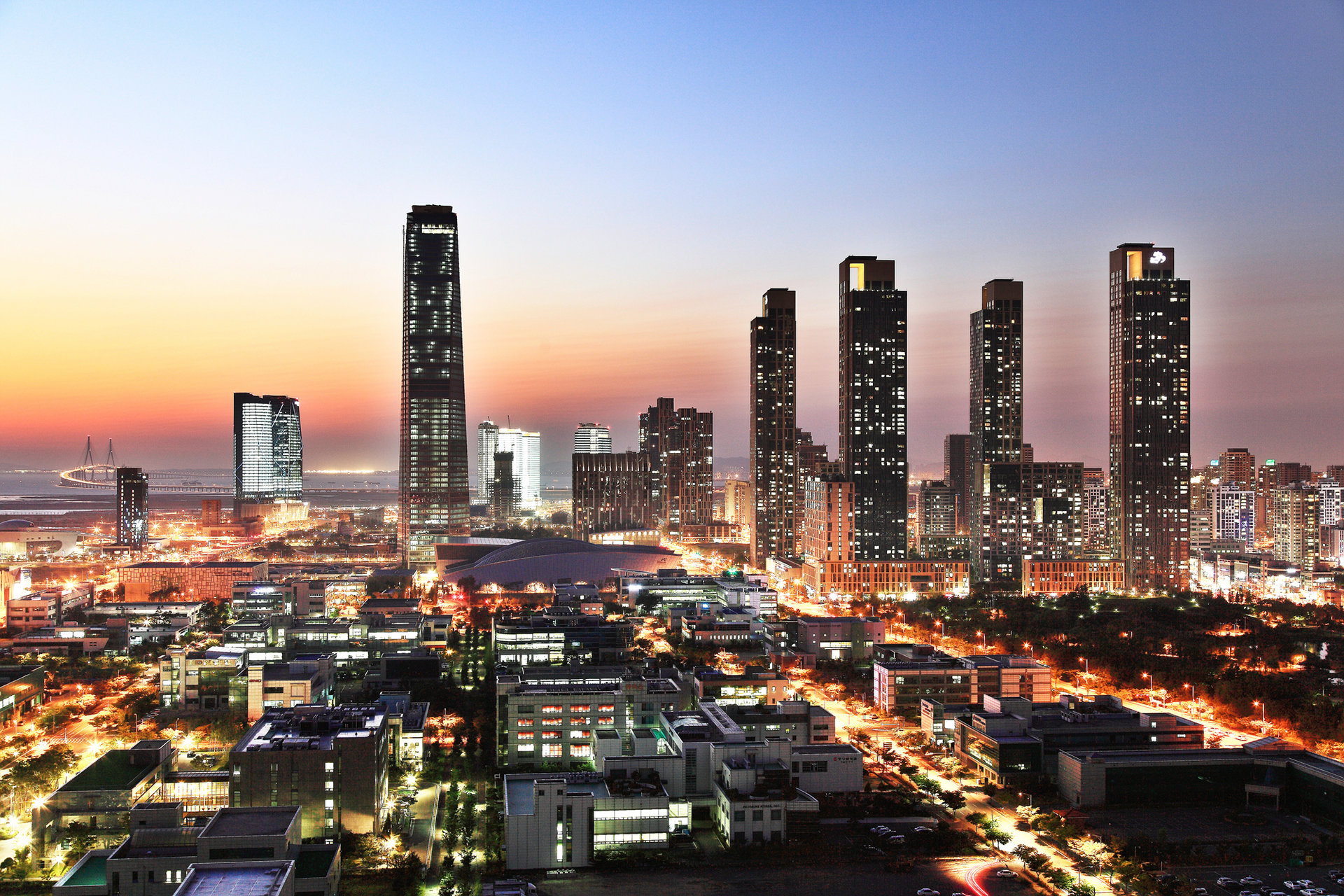 In fact, the project failed: the few who moved to Songdo, saying that the city did not work, most of the buildings — the dust-covered boxes, and vacant lots where planned future projects, remain untouched, giving the whole city a view of an abandoned construction site.

The authors of the project failed to solve the main problem — to settle the city people. And how to do it, if almost all large settlements developed in a natural way, but in this case, people are expected to attract created from scratch an artificial city. 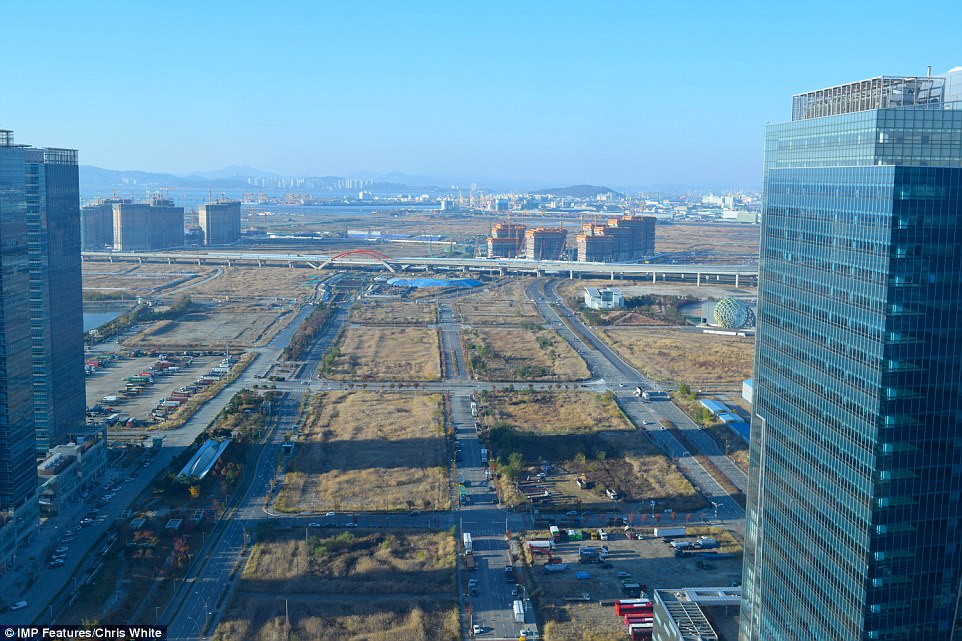 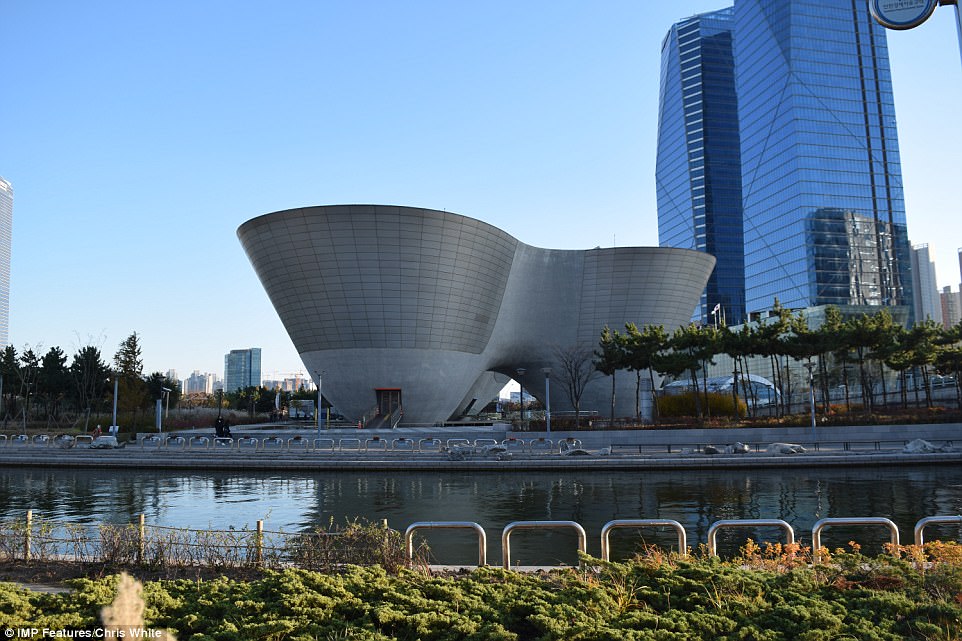 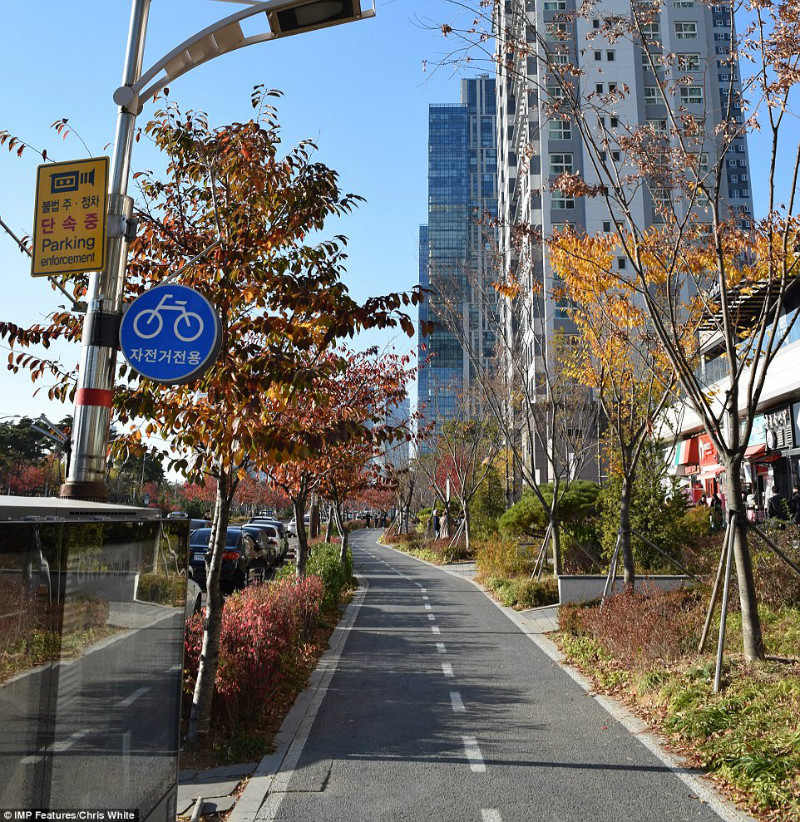 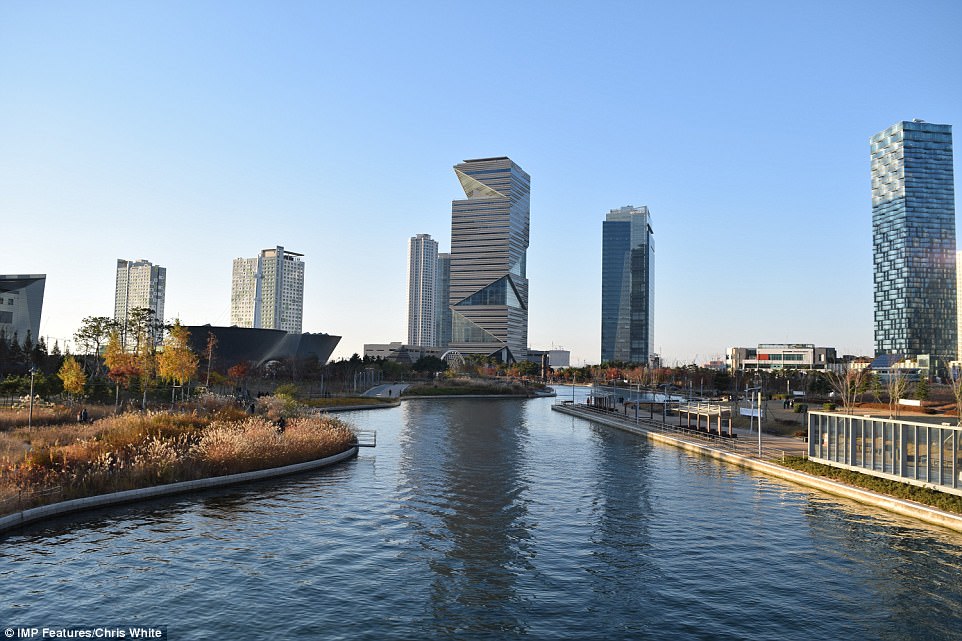 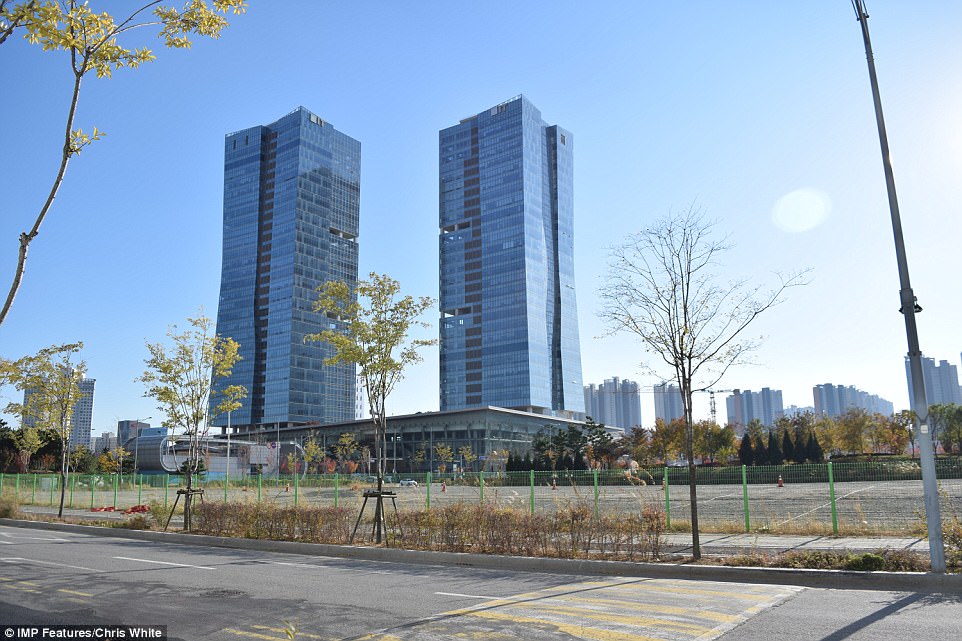 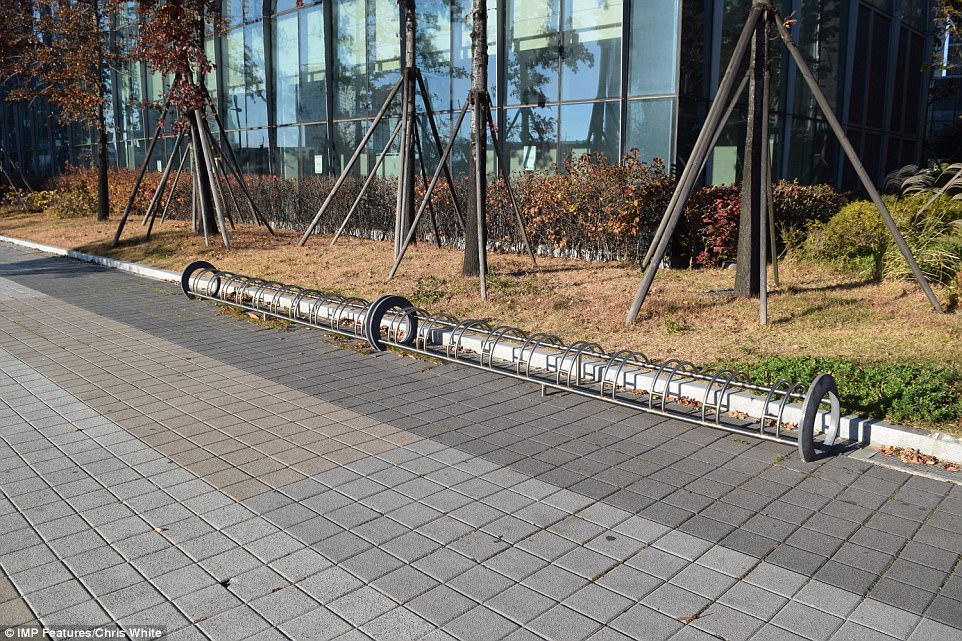 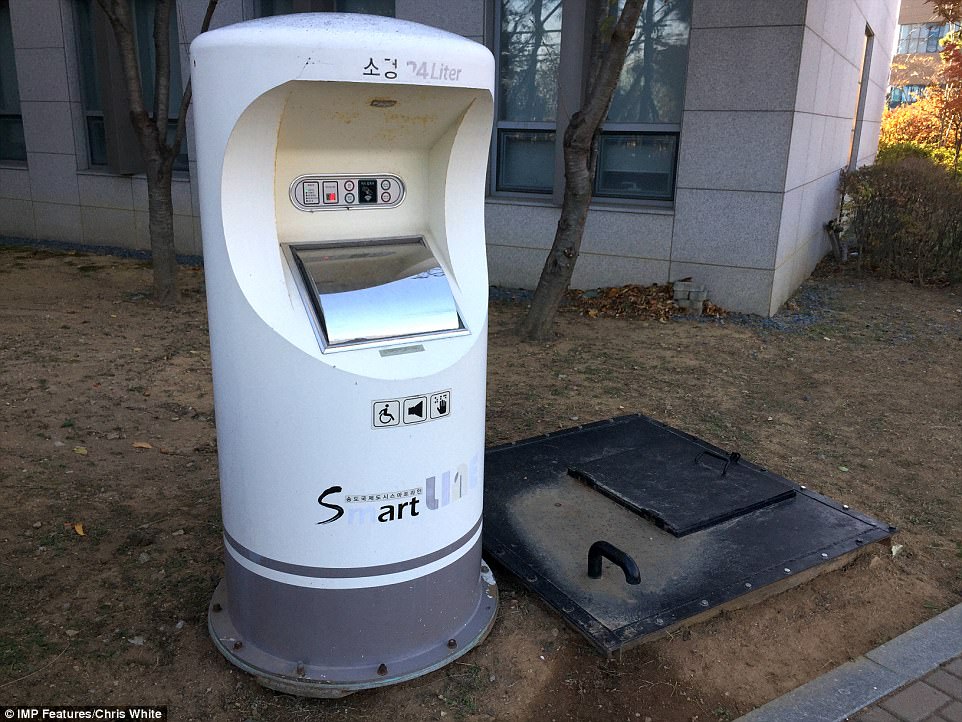 Empty cycle paths, which had become the lifeblood of the city, vacant lots, unused computer terminals and a single system of garbage disposal, which was to collect all the garbage from buildings with pneumatic tubes, sort it and recycle into electricity.

Technological solutions designed for the future in the distant by today’s standards of progress 2002, seem odious: one is street computer terminals for video chat with the neighbors, and environmentally conscious residents of large cities themselves often separate garbage. 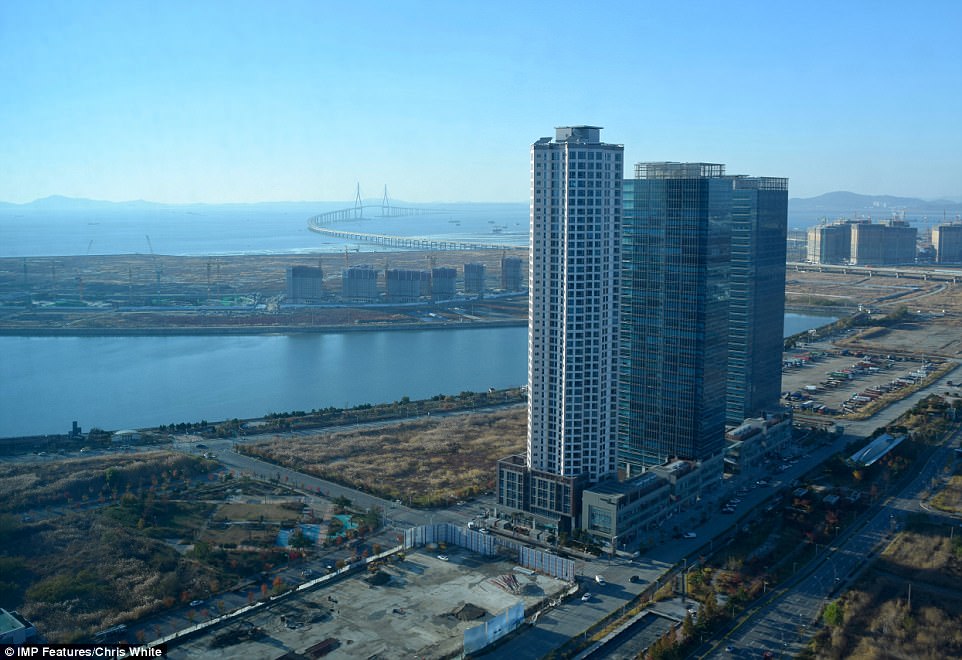 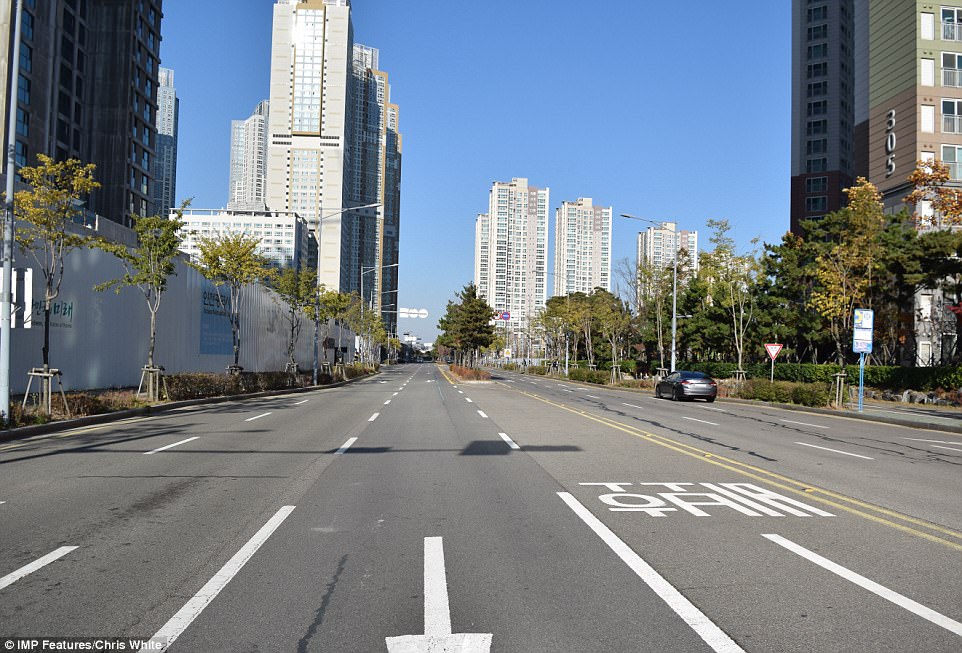 Here’s how he described his impressions of the visit for publication Korea Expose the blogger:

“Songdo is a unique view of the city: it is absolutely artificial, carefully designed, absolutely clean and virtually empty. It is a human desert.”

The blogger added that Songdo looks more like Chernobyl than the city of the future, and local residents complain that in the city there is no life — no culture, no theaters, no entertainment. All working places are fabulous money, and invest investors continue to build new areas, labeling everything in English in an attempt to lure in a city of expats from Europe, New Zealand and the UK.