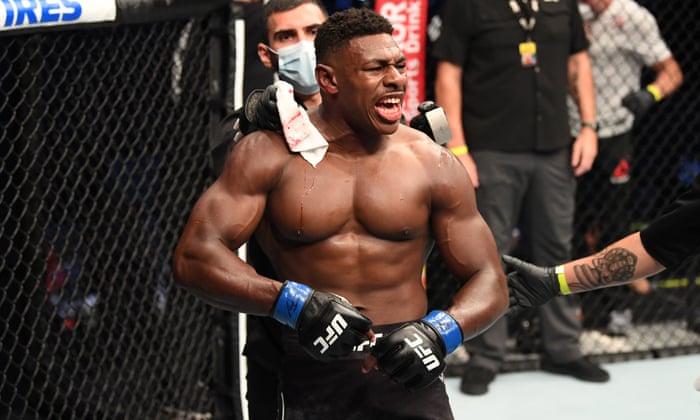 UFC middleweight Joaquin Buckley delivered what many described as the most spectacular knockout in the promotion’s history during his fight against Impa Kasanganay on Saturday night.

In the second round of what had been an evenly fought contest, Kasanganay caught Buckley’s foot during an attempted kick to the body. Buckley used Kasanganay’s grip as leverage and delivered a 360-degree spinning kick to the jaw that knocked out his opponent.

“The athleticism required to do what he did, that is crazy,” UFC president Dana White told Yahoo Sport. The promotion’s official Twitter account described the move as “the most unbelievable KO in UFC history”.

For his part, Buckley said he had practiced such moves in the past but added: “I never landed that in a fight before”. The 26-year-old has a 11-3-0 record and had lost his previous fight before Saturday’s spectacular finish.

Geraint Thomas pulls out of Giro d’Italia with fractured pelvis