Experts have said the “massive” missile would be difficult to locate and destroy.

They have warned that the weapon would be able to fire decoys to deceive anti-missile defences.

Xu Tianran, an Analyst for Open Nuclear Network, told the Sun: “If this project is realised, it would further raise the threat level to the US.

“However, it does send a strong political signal, and reflects the leadership’s preference for an even larger weapon. 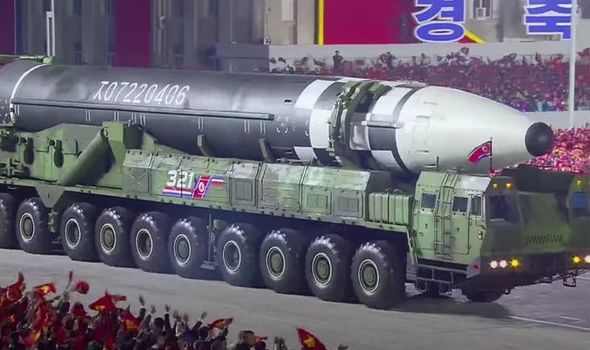 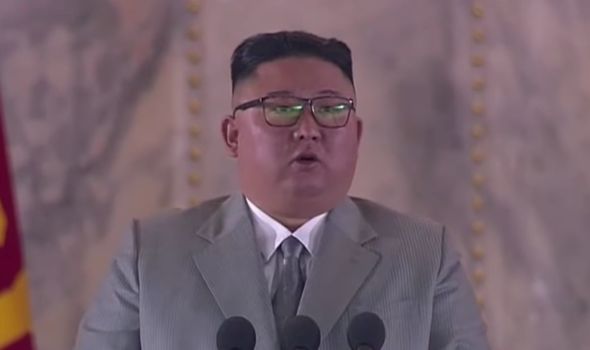 “It could probably reach the whole of the US with a very large, high yield nuclear warhead, or two or more warheads if the warheads are smaller and lighter.”

On Saturday, Mr Kim warned that North Korea would “fully mobilise” its nuclear force if threatened.

Footage from the parade shows a military vehicle carrying the huge missile.

North Korea’s 26-meter-tall weapon is second only to Russia’s Satan missile and five meters bigger than the American Peacemaker. 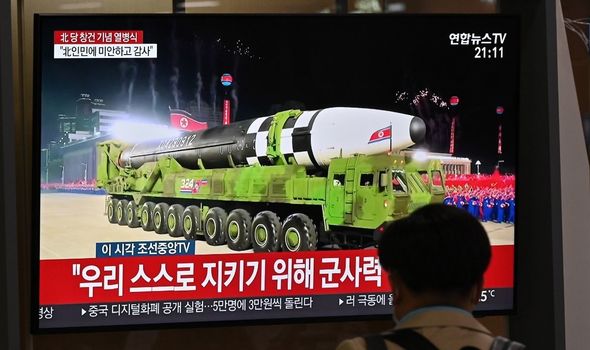 It is estimated to have a yield over 2,000 megatons which could wipe out a city in seconds.

As the missile is mobile, it makes it harder to destroy before being launched.

Markus Garlauskas, a former US intelligence officer for North Korea, told Reuters: “If the Hwasong-15 could carry a ‘super-large’ nuclear warhead to anywhere in the US, then the natural question is what can this larger missile carry?”

North Korea’s smaller Hwasong-15 missile was thought to be capable of reaching the West Coast of America. 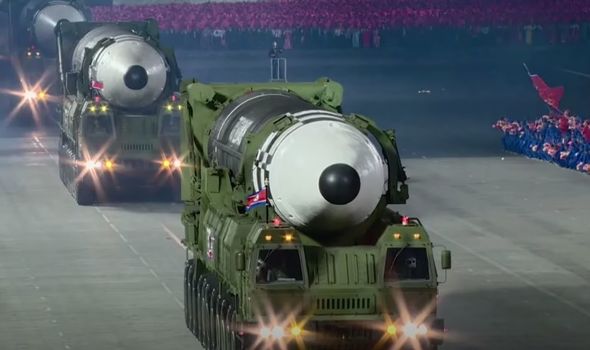 Bruce Klingner, a retired CIA North Korea analyst, said: “The clear message was that, counter to US claims, the North Korean nuclear threat has not been solved.”

During his speech at the parade, Mr Kim said North Korea would continue to build “self-defensive deterrence”.

He blamed international sanctions, the coronavirus pandemic and extreme weather for blocking him from providing economic prosperity to North Korea.

Mr Kim said: “We will continue to build our national defence power and self-defensive war deterrence.

“I am ashamed that I have never been able to repay you properly for your enormous trust. 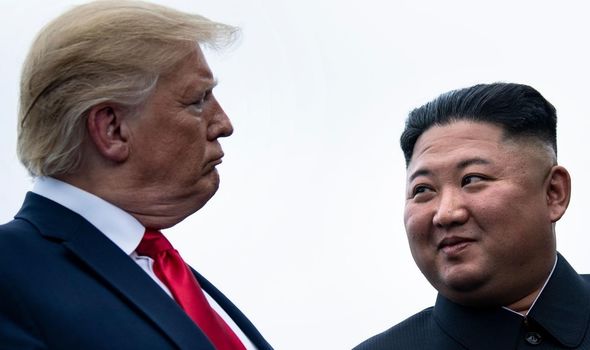 “My efforts and devotion were not sufficient to bring our people out of difficult livelihoods.”

A new submarine-launched ballistic missile (SLBM) also appeared to be on display at the military parade.

Mr Kim claimed that the missiles were not aimed at any country in particular.

But he said: “If any force harms the safety of our nation, we will fully mobilise the strongest offensive might in a preemptive manner to punish them.”

Diplomatic relations between the US and North Korea have stalled due to disagreements over sanctions and nuclear disarmament.