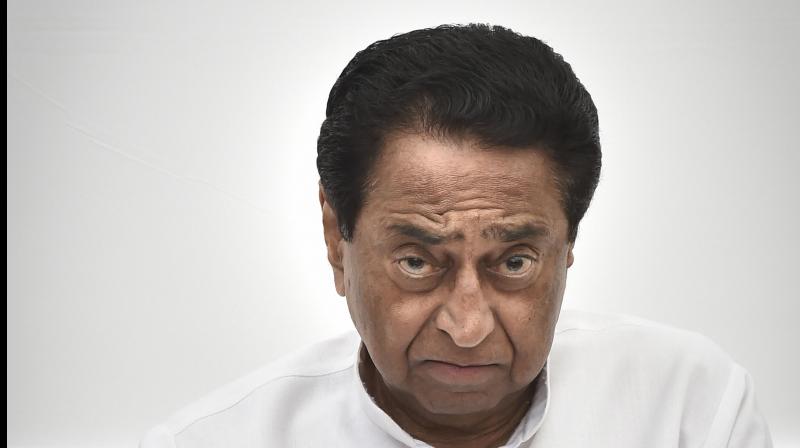 Bhopal: Former chief minister Kamal Nath’s cavalcade was on Wednesday stoned by some miscreants when he was leading an election rally in Annupur in Madhya Pradesh.

The incident happened when the youth wing of BJP was staging black flag demonstration to protest Nath’s visit to Annupur Assembly constituency which is going to by-elections along with 27 other Assembly seats in Madhya Pradesh on November 3.

The demonstrators tried to block Nath’s cavalcade while holding black flag demonstration and shouting slogans against him.

However, the security personnel deployed in the area chased them away to clear the way for Nath’s convoy to proceed to the venue of the public meeting in the town.

Some youths who were part of the demonstration then suddenly started pelting stones at Nath’s vehicle. However, Nath’s cavalcade had passed by then.

A video catching the violent demonstration went viral immediately after the incident.

Congress condemned the attack on Nath’s vehicle, saying that BJP was resorting to violence against Congress leaders out of frustration.

“The attack on Nath’s vehicle is a clear demonstration of BJP’s frustration over growing popularity of Congress. In democracy, there is no place for violence,” senior Congress leader and former Union minister Arun Yadav said.

He said Nath enjoyed Z plus security and slammed the Shivraj government for security lapses leading to attack on his vehicle.

BJP however denied involvement of party workers in the incident.

“Our party never believed in violence. BJP has no hand in the attack on Nath’s vehicle. We condemn violence against any leader,” BJP spokesman here Rajneesh Agrawal said.

He alleged that the attack was stage managed by Congress to trigger unrest in the state in the run up to the November 3 by-elections in 28 Assembly constituencies.

“We demand a probe into the incident to unearth the conspiracy,” Agrawal said.

Is the problem in AIADMK over?