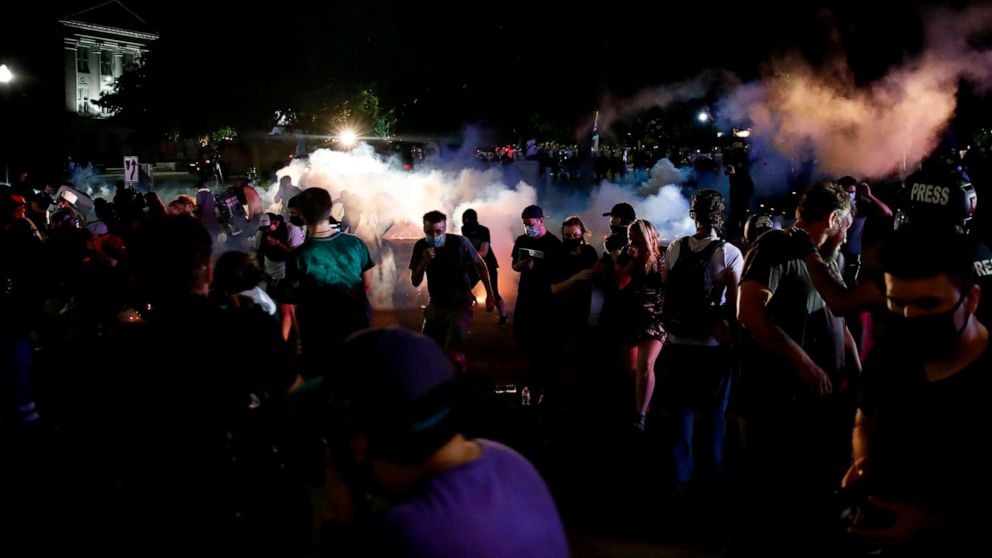 Defense attorneys for alleged killer Kyle Rittenhouse argued on Friday that it would be dangerous to extradite the 17-year-old teenager, citing fears of retaliation and a divided political climate.

Rittenhouse, an alleged white supremacist accused of killing two protesters in Kenosha, Wisconsin, in the wake of an officer-involved shooting, appeared via Zoom for an Illinois hearing where his attorney contested the teen’s extradition to Wisconsin to face homicide and other charges in connection with the August shootings.

The hearing, which lasted about five minutes, ended Friday morning without a decision and it’s unclear when the judge will issue a ruling. The judge gave state prosecutors seven days to respond to the motion and scheduled an in-person hearing for Oct. 30.

“There is a massive amount of video evidence that shows … beyond a shadow of a doubt that this is not a legitimate criminal prosecution, it is a political prosecution,” John Pierce, Rittenhouse’s attorney, told the judge.

Pierce also reiterated claims levied Thursday in a 16-page petition for a writ of habeas corpus, describing the case in court as “a very unique, extraordinary situation” and noting that there was “no reason to rush.”

He also requested sufficient time to challenge the extradition: “There is a presidential candidate in the heat of arguably the most heated election, perhaps ever, certainly since 1860, that has inflamed the situation, And we simply ask that that this detainee’s due process rights be observed so we can challenge this in a proper way and ensure that this is a legitimate criminal prosecution and not something else.”

While Piece did not mention either presidential candidate, Democratic presidential nominee Joe Biden’s campaign has criticized President Donald Trump’s failure to condemn white supremacists. A campaign video featured Rittenhouse on the streets of Kenosha. Attorney Lin Wood, who is helping to raise funds for Rittenhouse’s defense, threatened to sue the Biden campaign for libel on behalf of Rittenhouse in response to the video.

Rittenhouse, of Antioch, Illinois, allegedly traveled to Kenosha, Wisconsin, in the wake of fierce protest over the case of Jacob Blake, a Black man who was allegedly shot in the back by police in front of his children.

Rittenhouse allegedly shot and killed protester Joseph Rosenbaum, 36, of Kenosha, and Anthony Huber, 26, of Silver Lake. Rosenbaum allegedly followed Rittenhouse into a used car lot and confronted him in an attempt to disarm him before his death, according to a criminal complaint. The medical examiner found that Rosenbaum was shot in the groin and back — which fractured his pelvis and perforated his right lung and liver — and his left hand. He also suffered a superficial wound to his left thigh and a graze wound to his forehead.

The 26-year-old Grosskreutz of West Allis, was injured in the shooting.

Can the GOP ever redeem itself?