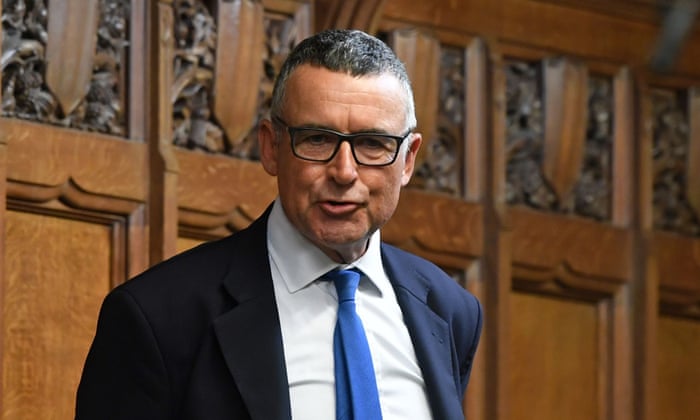 The senior Conservative MP Bernard Jenkin has suggested a “short, sharp shock” may be the best way of containing the coronavirus pandemic, after it emerged government scientific advisers had called for a two-week “circuit-breaker” lockdown.

Jenkin, who chairs the powerful liaison committee of MPs, said local advice in his Harwich and North Essex constituency suggested it was necessary to urgently get the virus under control.

“My instinct on the advice the MPs got from the public health director in Essex was that let’s go for a short, sharp shock. Because, of course, think of the bell curve,” he told Times Radio.

“Once the bell curve is getting well up the gradient it takes longer to come down in Essex. If we nipped it hard now, we would be well back to manageable levels before Christmas. If we leave it for another five or six weeks, then it then you know the tail of the bell curve goes well into January.”

Jenkin was speaking as debate rages on both sides of the House of Commons about how best to control the virus before winter.

Many rebel Conservative MPs have called for less stringent measures, fearing the economic impact of closing pubs and restaurants, for example. But Jenkin suggested the government should not rule out a time-limited lockdown.

And he conceded there was a “compromise” between scientific advice and political decision-making: “There’s no doubt that there has been, there is a difference of opinion. And the government is entitled to exercise its judgment in the light of scientific advice,” he said, adding that the idea of simply following the science had “always been a bit of a nonsense”.

Papers published by the Scientific Advisory Group for Emergencies (Sage) on Monday evening after the prime minister announced the new restrictions showed they had argued for tougher measures in late-September, including a short-term “circuit-breaker” lockdown.

Ministers instead opted to impose a 10pm closing time on pubs and restaurants nationwide, and spent several weeks drawing up three tiers of restrictions.

Liverpool city region was the first area to be put into the toughest category, which will mean bars and gyms will have to close, but pubs will be able to stay open where they are serving “substantial” meals.

The shadow health secretary, Jon Ashworth, suggested on Tuesday that the new rules did not go far enough in some areas – and expressed concern that ministers appeared to have parted company with their scientific advisers.

“I’m alarmed that these recommendations to government appear to have been rejected. Ministers, the prime minister, often come on the television and radio programmes to say they are always following the science … to justify the decisions they have made. They seem to have rejected this scientific advice,” he said.

Speaking on the Today programme, Ashworth also said he would focus on fixing the test-and-trace system, which Sage remarked was having only a “marginal” effect on controlling the spread of the disease.

“I would devolve the test-and-trace functions now to local authorities across the country so the public health experts on the ground can now do this contact tracing rather than the national call centres,” he said.