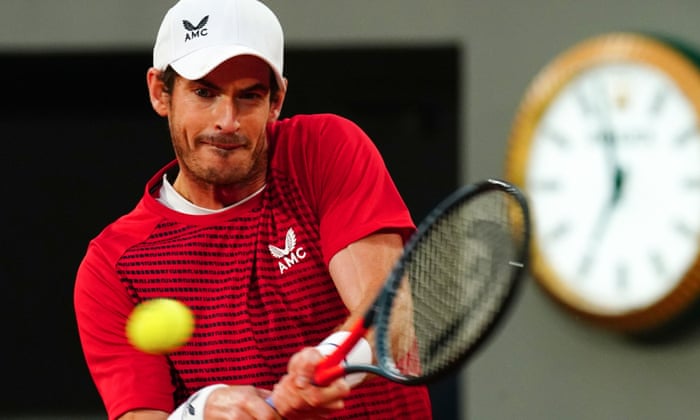 Andy Murray says Rafael Nadal’s 13 French Open singles titles stands as one of the greatest records in sport. Speaking at the ATP 250 event in Cologne a day after Nadal defeated Novak Djokovic 6-0, 6-2, 7-5 to equal Roger Federer’s men’s record of 20 grand slams, Murray spoke admiringly of his longtime rival and friend.

“Amazing achievement, I don’t think what he has done at Roland Garros will ever be beaten,” Murray said. “He could win another one and make it 14 or 15, whatever he finishes on, but he is one short of winning the same amount of grand slams as [Pete] Sampras did [overall] at just one tournament.

“It’s incredible. I think it’s one of the best records in sport – maybe the best. I don’t think it will ever be repeated and I actually don’t think anyone will get close to it.”

Asked about who he thinks will finish with the highest number of grand slam titles, Murray believes – injury akin to his own hip problems aside – the record will fall to either Nadal or Djokovic, who has won 17 grand slams.

“It’s impossible to answer those questions because you never know. Someone can get injured, have an issue like I had and that changes your whole career. So, providing they all stay fit and if they retire all at the same age, then I would think it would be between Rafa and Novak.

“I would think it would be between the two of them. If they both stay healthy and they retire at the same time, I think it will be between those two.”

Murray, who has rejoined the ATP player council this week following resignations from Novak Djokovic and other council members who formed the Professional Tennis Players Association in August, is continuing his return to regular competition after one-sided defeat by Stan Wawrinka in the opening round at Roland Garros. He faces Fernando Verdasco in Cologne with a possible second-round meeting with the top seed Alexander Zverev, who he beat at the Western & Southern Open in August. As he looks to build up his fitness and form in preparation for next season, Murray says he is still adjusting to his metal hip.

“I was told it was going to be an 18-month process before my body got used to it. It’s not just the fact you’ve had a new hip put in but it changes the way your pelvis moves and your body takes time to get used to that.

“So at times it’s been good, I’ve played good tennis and I’ve moved well, and at times it’s been a bit of a struggle, so I am hoping that over these next few months with more matches, more tournaments and a training period going in to the new year, that next year will be a good one.”