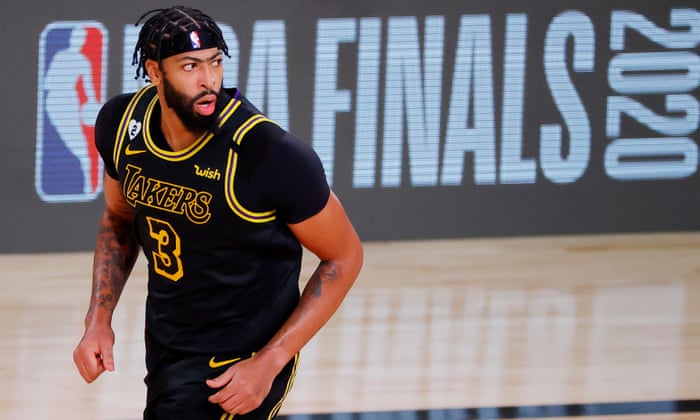 Anthony Davis looked on with an expression of disbelief on Sunday night as the Los Angeles Lakers put the finishing touches on their first NBA championship in a decade. For the 27-year-old big man from Chicago’s South Side, the elusive missing piece in a career with no shortage of individual successes was finally in his grasp.

As the Lakers’ other, slightly older do-it-all superstar took in the scene from down the bench, he couldn’t help but feel a tinge of nostalgia. You never forget your first time.

“I definitely saw myself in that and what it did for me in my career,” said LeBron James, who was 27 when he won his maiden NBA title in 2012, in the aftermath of Sunday’s clincher. “It basically let me know that the work I put in on my craft, and the way I play the game, how I was taught to play the game when I picked up a basketball when I was eight years old, it’s OK to play that way and be able to win. No matter how many people tell you, you should maybe shoot more, you should maybe do this more, you should maybe be like him more, it let me know that the way I play basketball and the way I was taught to play basketball is the right way to play it, because you do see results.

“And then it just continues to boost your confidence. Not saying that AD doesn’t already have confidence. But it takes it to another level.”

Davis, the No 1 overall pick in the 2012 draft and a seven-time All-Star, was already widely recognized as one of the league’s brightest talents before joining the Lakers last summer in a blockbuster trade. Now he’s cemented his legacy as one of the sport’s all-time greats, becoming only the eighth player (and first since Michael Jordan) to win an NBA title, an NCAA championship and an Olympic gold medal.

“Respect,” Davis said of his partnership with LeBron. “True friendship. We’re close on the court, but you’ve got to see us off the court. It’s unreal. I’m always at his house. He’s always at my house. This is true the entire season.

“There’s no jealousy. No one is envious of each other. Guys don’t have personal agendas. We’re just two guys who just want to win for various reasons. We were able to do it tonight.” 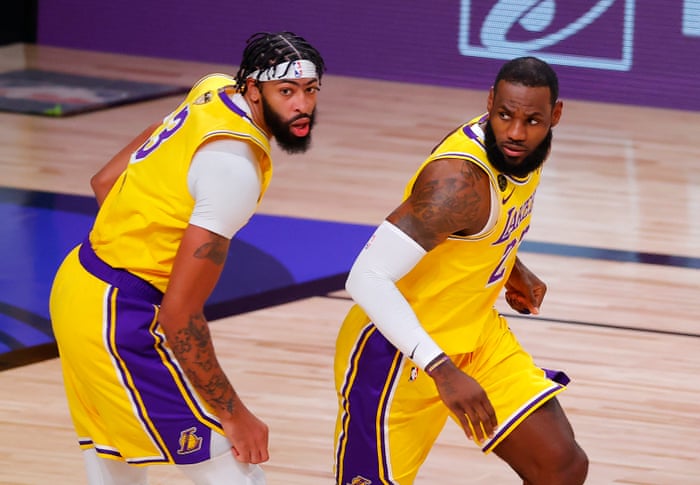 As rags-to-riches narratives go, the Lakers abrupt turnaround was more Donald Trump Jr than Horatio Alger Jr: not exactly a feel-good yarn for the neutrals. Two summers ago, the Lakers were mired in a five-year stretch where they’d racked up more losses than any team in the NBA, including a Philadelphia 76ers team that was losing on purpose. All their dramatic turnaround required was the addition of two generational talents in back-to-back offseasons. Must be nice.

Only time will tell whether the Lakers’ decision to mortgage their future to acquire Davis was a wise decision in the long run. The price was steep: Lonzo Ball, Brandon Ingram, Josh Hart, last year’s No 4 pick and, essentially, control of every LA draft through 2025. But no one can question the immediate returns. The Lakers were a historically good team during their championship run in the Walt Disney World bubble: James’s size and strength and Davis’s mobility and versatility were on full display throughout the playoffs as they became the first teammates in NBA history to each average 25 points per game while shooting better than 50% from the floor in the same postseason.

Davis, who had made the playoffs only twice in seven years with the Pelicans, averaged 27.7 points (on 57.1% shooting) with 7.1 rebounds during the Lakers’ title run and produced a number of indelible moments along the way, none bigger than his three-pointer at the death to see off the Denver Nuggets in Game 2 of the Western Conference finals.

“I’ve had some great teammates in my career,” James said earlier in the playoffs. “AD is one of those unicorns, and he does things that some of my other great teammates are not capable of doing.”

Davis was coy among reporters on Sunday regarding his impending free agency, refusing to fully commit to re-signing with the Lakers. “I have no idea,” he said when pressed. “I had a great time in LA this first year. This has been nothing but joy, nothing but amazement. Over the next couple of months, we’ll figure it out. I mean, I’m not 100% sure, but that’s why my agent is who he is and we’ll discuss it and figure it out.”

But it’s hard to imagine Davis anywhere else next season, not least because few teams have the cap flexibility to make it work and even fewer (read: none) offer him a better opportunity to win more championships. And the more he spoke in the dizzying afterglow of his maiden title, the more it was clear he’s right at home.

“Me and Bron’s relationship, we’re always close,” he said. “I got to LA, he’s the first one to text me, congratulate me, invite me to his house. We kind of celebrated then. We’ve just grown over this past full kind of year, especially here in the bubble, because we were around each other every day. So we were able to really connect off the floor [in a way] that you might not have a chance to do it when you’re in LA. You’ve got families and other stuff going on.

“So we really got a chance to really connect off the floor and just learn more about each other. Learning from him helped me be in these moments. I don’t know if he learned anything from me. I mean, he has kind of seen it all, been through it all. But just being around him, the way he acts and the way he leads and the way he enjoys life, being around his family and enjoying the game of basketball, it just pushed me to become a better person and a better player.”