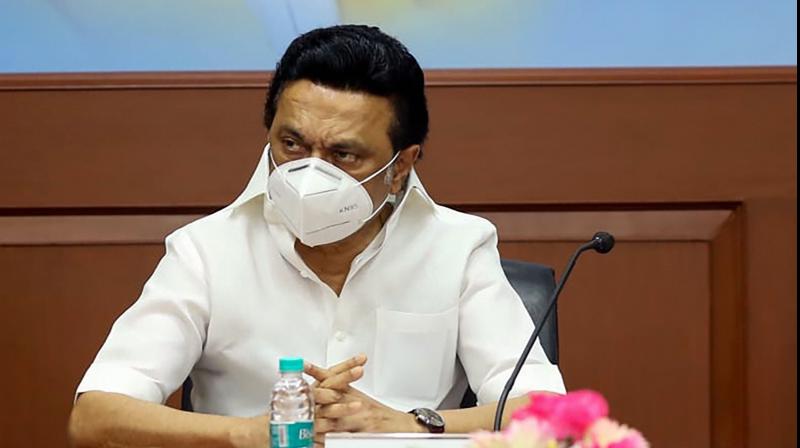 DMK President M K Stalin thanked 10 Chief Ministers in the country who have declined to accept both the borrowing options proposed by the Centre at the GST Council Meeting on October 5.

In his letter to the Chief Ministers of Andhra Pradesh, Telangana, Puducherry, Kerala, Punjab, Chhattisgarh, Rajasthan, Delhi, Jharkhand and West Bengal on Thursday, Stalin said: ‘Your efforts in standing united to uphold Federalism are greatly appreciated.’

When the Union had a moral and legal obligation to pay the States, proposing that the States should borrow to substitute for their non-payment was a travesty of both States’ Rights and Justice, he said.

‘On behalf of the people of Tamil Nadu, I truly appreciate your efforts so far, and urge you to stand firm even as our own Tamil Nadu government continues to betray its people. Your solidarity with the other states in fighting for the rights of all States in India, will not go in vain,’ Stalin said.

He said the CAG Report for the Fiscal Year 2018-2019 showed that the Union Government has illegitimately transferred funds of Rs. 47,272 crore from the GST Compensation account to the Consolidated Fund of India during the 2017 – 18 and 2018 – 19 periods alone.

The possibility of such illegitimate transfers for the past fiscal year (2019-2020) too remained, he said, adding the report stated that the Union Government accepted these wrongful actions and promised to correct them (by depositing Rs 47,272 Crores back into the Compensation Account from the Consolidated Fund of India) as quickly as possible.

‘In light of these facts, I urge you to hold the Union Government to its duty and its commitment to the CAG, reimburse this amount immediately, and initiate States’ compensation payments from this deposit. The additional funds required to honour the Unions Legal Obligations for the year can be borrowed directly into the Compensation Account from the market or the RBI, with the Union Government serving as guarantor for its eventual repayment,’ Stalin added.

There is a free media in India: MEA in Chinese embassy’s guidelines