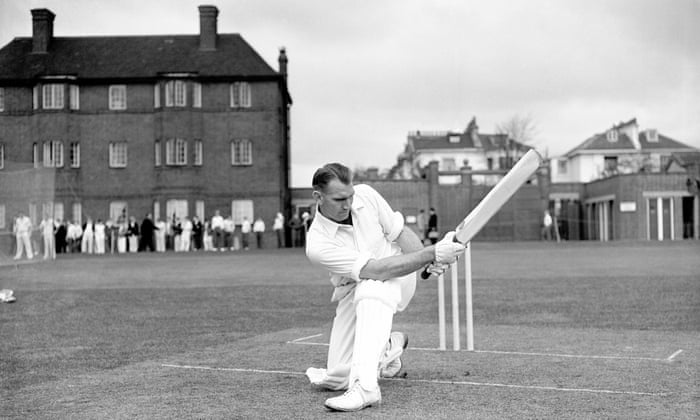 John Reid, who has died aged 92, was in large part responsible for establishing New Zealand as a respected force in world cricket. A superb all-rounder who was the captain and mainstay of his national side in the 1950s and 60s, he managed through great skill and sheer force of personality not only to lead New Zealand to their first Test victory, in 1956, but to maintain his team’s competitiveness at international level thereafter.

The extent of that achievement can be gauged by the fact that when Reid arrived on the world stage in 1949 many felt that New Zealand, with a population of less than two million and a largely amateur domestic set-up, hardly deserved their Test status at all. Most of the team’s players were barely up to the mark and Australia refused even to play them on an official basis.

The only other New Zealand player of uncontested world standing during Reid’s era was Bert Sutcliffe, and in 58 Tests, 34 of which he was captain, Reid often felt as if he were propping up the side. “It was hard work, you had a lot of responsibility,” he said. “You knew jolly well that if you didn’t get runs then nobody else would.”

Runs he got; wickets and catches too. In his own words “a bit of a thumper”, Reid was an aggressive, hard-hitting middle order batsman who had a good eye and was unafraid to knock the ball in the air. Muscular and well-built, he was also a brilliant fielder and a pacey seam bowler. Had he not pre-dated the onset of the limited overs game then he would perfectly have suited that format, and may well have taken New Zealand to further heights.

Born in Auckland to Norman, a Scottish-born rugby league player, and Iris, a music teacher, Reid soon moved with his family to Wellington at an early age. As a burly, strong youngster at Hutt Valley high school he was marked out as a top-level rugby union player but developed heart problems in his late teens following two bouts of rheumatic fever. As a result he was forced to switch to cricket, at which he also excelled.

He made his first-class debut for Wellington against Canterbury in 1947 and played his first match for New Zealand in 1949, aged 20, in the third Test against England in Manchester, scoring 50 in his first innings. In his second Test, at the Oval, in which he also kept wicket, he was the top scorer with 93 in the second innings to help draw the match and the series.

In 1952 Reid spent the first of three consecutive English summers as a professional with Heywood in the Central Lancashire League, where he developed his fast-medium bowling skills. After an excellent 1953-54 tour of South Africa and some superb performances in India, where he hit two belligerent centuries, he was handed the New Zealand captaincy in early 1956, part-way through a home series against a strong West Indies side. In the fourth and final Test in Auckland – Reid’s third match in charge – New Zealand had their first victory, after 26 years and 45 matches of trying. Typically, the captain produced a telling intervention, with 84 in the first innings.

Having been named a Wisden cricketer of the year in 1959, Reid also took New Zealand to their first overseas Test win, on the 1961-62 tour of South Africa, claiming victory in the third Test at Cape Town. That trip was a high water mark for the skipper, who averaged 60.66 with the bat in the five Tests and managed to secure a 2-2 series draw in large part through his own efforts.

Touted by many commentators at that stage as the best batsman in the world, Reid bludgeoned 15 sixes in an innings for Wellington against Northern Districts in 1963 – a world record that stood for 32 years – as he finished with a total of 296, his highest first class score. The same year he hit exactly 100 in the third Test against England, at Christchurch, as New Zealand were bowled out in the second innings for just 159 – the lowest all-out Test match total to include a century.

Reid’s last series, the 1965 tour of England that ended in a 3-0 defeat, was immediately followed by his captaincy of a Rest of the World side in three end-of-season matches against an England XI, with Garry Sobers as his vice. That appointment was in effect a global tribute both to his personal achievements and to the raised status of New Zealand within the game. By now troubled with knee damage, Reid decided it was a good note on which to end his first class career.

Although he retired from international cricket holding New Zealand records for the most runs, wickets and catches, Reid’s Test statistics – 3,428 runs at 33.28 and 85 wickets at 33.35 – might suggest only moderate achievement. However, few cricketing experts – including Reid himself – doubted that his figures would have been far better had he played in a side that offered him more support. His first-class batting average of 41.35 and bowling average of 22.60 gave a much clearer indication of how good he really was.

After his playing days ended, Reid came back to public attention in 1969 when he featured in what is thought to be the first cricket match at the South Pole, a knockabout that was brought to a premature end when he hit a huge six into a snowdrift and the ball was lost. He was also involved in the building and running of the John Reid Squash centre in Wellington, which helped to make squash a popular sport in New Zealand, and which was sold to the New Zealand Squash Rackets Association in the late 1970s. Otherwise he was a national selector from 1975 to 1978, and in 1981 moved to be a cricket coach in South Africa (including a spell with Northern Transvaal), having maintained for many years that the apartheid-related sporting boycott of that country was ill-conceived.

He returned to New Zealand in 1992 and for nine years from 1993 was an international match referee, officiating in 50 Tests and 98 one-day internationals around the world. On retirement he was made president of New Zealand Cricket in 2003.

Reid was appointed OBE in 1962 and was made a Companion of the New Zealand Order of Merit in 2014.

He married Norli Le Fevre in 1951, having first met her in 1946 when he was 18 and she was a nurse at the hospital where he was treated for rheumatic fever. She survives him, as do their son, Richard, who played one-day international cricket for New Zealand, two daughters, Alison and Ann, and his grandchildren, Oliver, Megan, Christina and Angus.

Kenny admits there are ‘serious challenges’ amid Covid-19 pandemic