A team of Polish divers found the “almost intact” wreckage of German steamer Karlsruhe, which was bombed by Soviet planes and sunk towards the end of World War 2. The 10-member Baltictech team said the wreckage was located 290 feet underwater, a few miles north of Poland’s coastal resort of Ustka. Inside the wreckage, they found military vehicles, pottery and sealed chests in the ship’s hold, all in good condition.

Announcing the breakthrough, they said: “It looks like, after months of searching, we have finally found the wreckage of the Karlsruhe steamer.”

But the group also stated the discovery may help solve the 75-year-old mystery of the whereabouts of the Amber Room – an embellished Russian chamber that was looted by Nazi Germany.

Dubbed the “Eighth Wonder of the World” at the time, the room was part of the Catherine Palace near St Petersburg, but was last seen in Koenigsberg, according to reports.

The team added: “We don’t want to get excited, but if the Germans were to take the Amber Room across the Baltic Sea, then the Karlsruhe steamer was their last chance.” 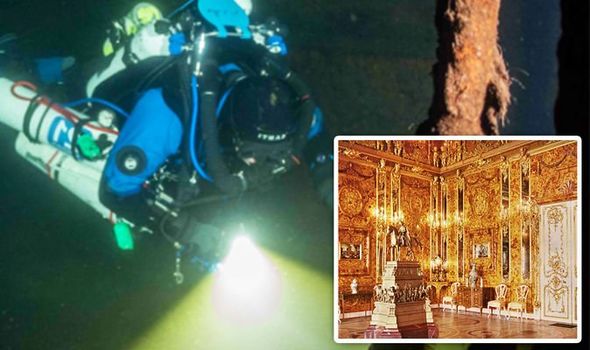 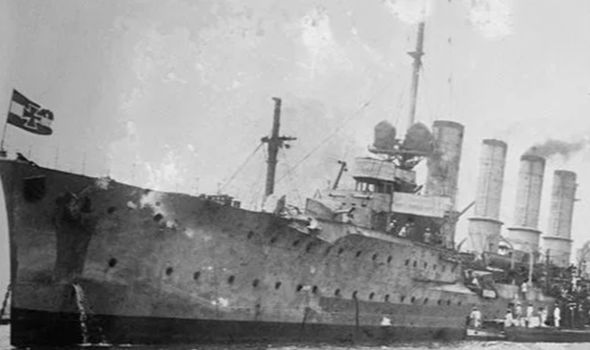 The Amber Room was constructed in Prussia and was gifted to Tsar Peter the Great of Russia in 1716. It was said to be filled with amber and gold.

Toward the end of World War 2, the Karlsruhe took part in the Hannibal Operation that evacuated German troops from the Koenigsberg area as the Red Army advanced.

And the chamber disappeared during Allied bombing raids on the city at the same time.

The divers said they accessed Allied, German and Soviet documents detailing the fate of the steamer and spent more than a year looking for it.

The documents showed the Karlsruhe was built in 1905 at the Seebeck yard in Bremerhaven, but so far they have not located the treasure. 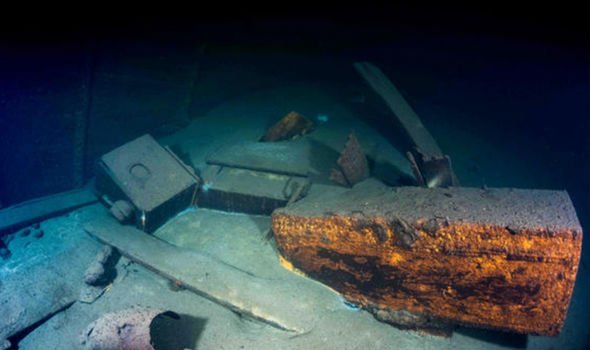 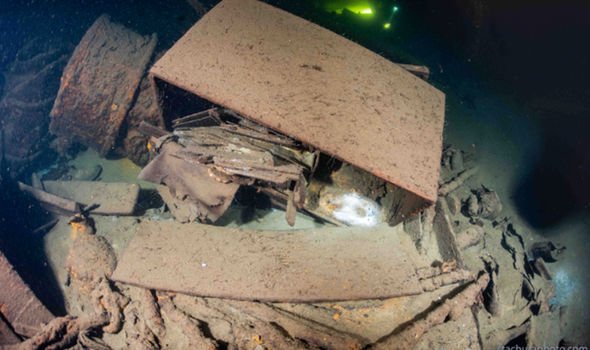 Tomasz Stachura, who was part of the diving team, said: “We have been looking for the wreckage since last year when we realised there could be the most interesting, undiscovered story lying at the bottom of the Baltic Sea.

“It is practically intact. In its hold, we discovered military vehicles, porcelain and many crates with contents still unknown.”

They are hoping one of the unopened crates will yield results.

On April 11, 1945, the steamer left the port of Pillau – which is now the Russian port of Baltiysk – with 150 troops of the Hermann Goering regiment, 25 railway workers and 888 civilians, including children, and hundreds of tonnes of cargo. 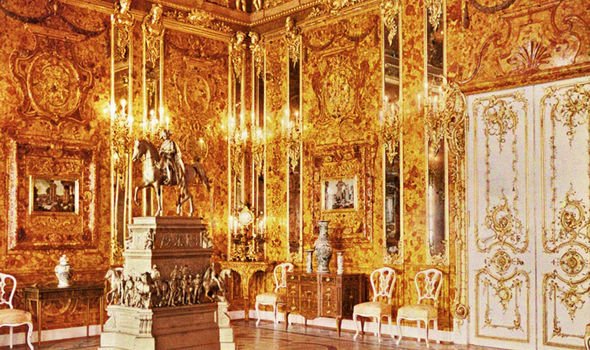 The next day, in the port of Hel, it was included in a convoy going to the German port of Swinemunde.

Then, on the morning of April 13, 1945, after picking up a heavy cargo in Koenigsberg, the ship was spotted by Soviet planes, bombed and sunk within about three minutes.

Some 113 of its passengers were rescued by the convoy, according to German Navy documents.