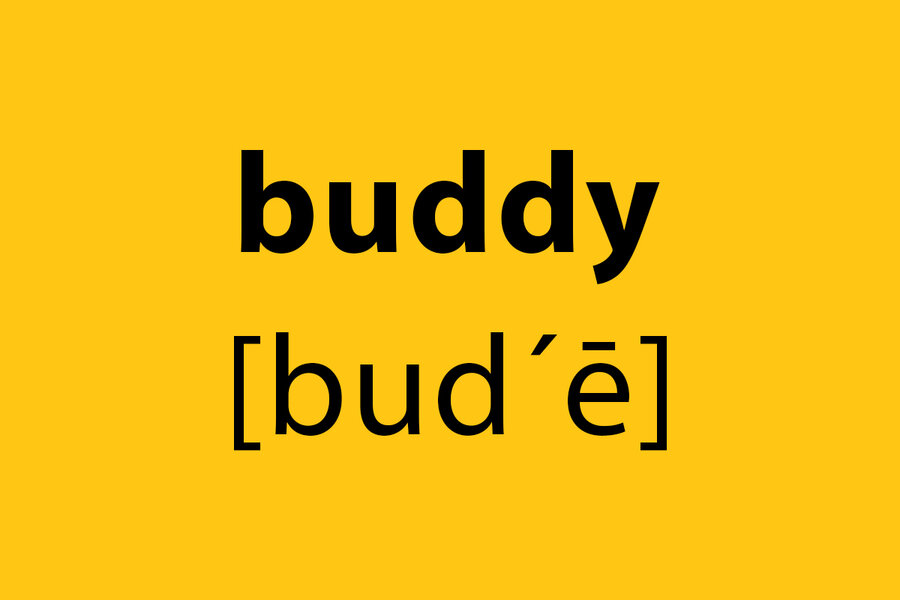 Which very old term for “friend” has seen its popularity skyrocket in recent years? Which one is rarely used anymore because it once seemed just a little too … French? And which is no longer even recognizable as a word that once named a kind of friendship?

In recent decades, bosom buddy has seen a large increase on Google’s Ngram Viewer, which tracks how often words are used in Google’s corpus of digitized books. Much of this interest stems from a meaning bosom acquired only in the 1960s: a woman’s breasts. Writers found the new opportunities for punning irresistible; “Bosom Buddies” was a 1980s sitcom about two men who dressed as women, for example.

Before it was “breasts,” bosom meant “chest” more generally, and had strong biblical echoes. Early translations of the Bible describe Christ Jesus as “in the bosom of the Father” (John 1:18; King James Version), for example, meaning that he is “close to the Father’s heart” (New Revised Standard Version), a metaphor that perhaps makes more sense to modern readers. John also describes the disciple “whom Jesus loved” as “leaning on Jesus’ bosom” during the Last Supper (John 13:23, KJV). In the Roman era, eating did not involve sitting upright in a chair around a table. Rather, people half-reclined on benches, and good friends would lean on each other.

It is easy to see, then, how bosom friend came to be associated with close, intimate affection. Buddy, originally Caribbean slang for “brother,” took the place of “friend” at the turn of the 20th century, probably because of the catchy alliteration. But children today still read about Anne’s desire for a “bosom friend” in “Anne of Green Gables.”

Boon companion, another term for “close friend,” did not fare as well. “Boon” was borrowed directly from bon, the French word for “good,” in the 14th century, and was used as a synonym for it until the 17th century. The Oxford English Dictionary relates that “after 1600 it seems to have been consciously recognized as French, and gradually dropped.” All that’s left of this meaning of boon in English is a sporadic boon companion. (Boon as in “benefit” is unrelated.)

Gossip is unrecognizable as a word for “friend” today. During the Renaissance it referred to female friends, and like many once-neutral or positive words for women (hussy, wench), it acquired a negative meaning. It began as an Old English word for “godparent,” God plus sib (“closely related”). One’s godsibs were about as close as anyone could be without being actual siblings. By the 16th century, it had come to refer to a woman’s closest friends, who would support her during childbirth. Their conversations were stereotyped to involve idle chatter, hence the meaning of gossip today.

‘Chicago 7’: Fast-talking court drama is a window on protest and America

As long as we’re talking