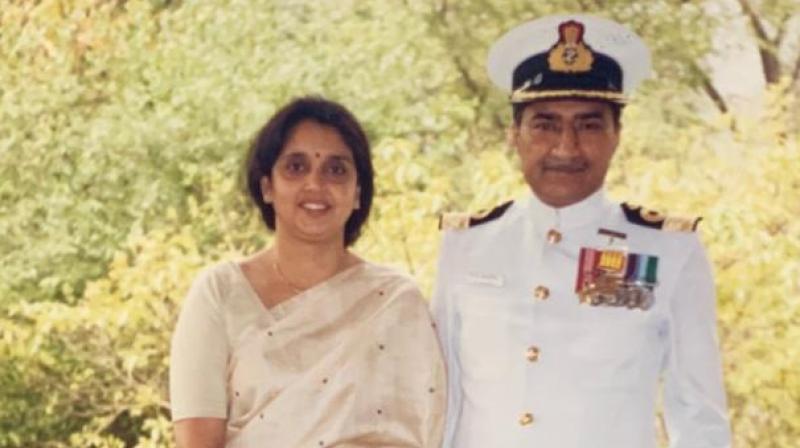 As the country celebrates its 73rd birthday this year, we go track people who were born in 1947 and went on to join the Defence Forces to ensure that the country’s borders remain safe.

Commodore BK Ahluwalia, who has retired from the Indian Navy, feels privileged to have been born on August 21, 1947 in Meerut, Uttar Pradesh, just after a few days after India gained Independence.

“UP wasn’t much affected but I was part of the 1971 War, so I have seen how it could have been for India. I am proud of the nation, the way it is turning out. We have the moral and physical courage to safeguard our boundaries. I am happy and satisfied to be born in the nation that was born just a few days before me,” shares Commodore Ahluwalia.

Commodore RM Sreedharan, who retired from the Indian Air Force, feels honoured to have been born on November 6, 1947 in Kunnur, in the newly-independent India. “My father was in the Indian Army, so when I was born, he wasn’t with my mother, he was posted in J & K. My mother raised me by herself till I was two years old. It was an enriching experience, growing up seeing the country developing after Independence,” says the Commodor.

Recalling the 1971 Indo-Pak war, he said, “That was so exciting and I feel good that being born in an independent nation, I helped breathe life into another nation, Bangladesh.”

“When I was growing up, there was so much uncertainty; but now things are better. Individuals are free to enjoy their rights,” he says.

Born on August 6, 1947 in Amritsar, Commodore Shyam Kaushal feels privileged to share his birth month and year with Independent India. “I think it’s a wonderful feeling being among those who were born just before India attained freedom.,” he says.

Commodore Kaushal recalls the stories his mother told him about the challenges she faced in raising him during the time of turmoil. “I was born at home in Amritsar, which is just 22 kilometres away from Lahore. It was a time of turmoil. Communities were fighting and there was a lot of bloodshed. My uncles took me from one place to another to keep me safe, travelling on the roofs of trains,” he recounts.

Ruing the loss of life during the Partition, he says he wishes the step could have been avoided.

“My father was in the Royal Indian Navy and I wanted to join the defence services,” says the Commodore. Talking about life today, he feels people have changed since the early days of Independence. “The approach has changed. Earlier, the nation was everything, but now people have become more materialistic,” he laments.

If Lieutenant Commander Jagbir Singh had a choice, he would perhaps not have come into this world just a few days before the split of India and Pakistan. Born on July 21 in a village in Hazira district of Pakistan Occupied Kashmir (POK), Singh, while feeling privileged to have started life in the same year that India attained freedom, also feels upset that his parents had to live a tough life.

“We were uprooted from our homes. I was two months old when my family was shifted from POK. We came to a border town in Poonch in 1947. We were the first to be accommodated in an open area. Rations and other supplies were limited.

The city was under lockdown for 14 months before some military help came,” says the officer, who joined the Indian Navy, following the trend set by his father, who was in the Indian Army.

“We had to put food on the table and so my father joined the defence services because it was paying. And when my father retired, I had to look after the family,” explains the Lt Commander matter-of-factly. “Growing older with the nation gives much satisfaction after the suffering our families underwent,” he adds.

What the language police miss about offensive words

Say hello to Male 2.0 transformations we like to see