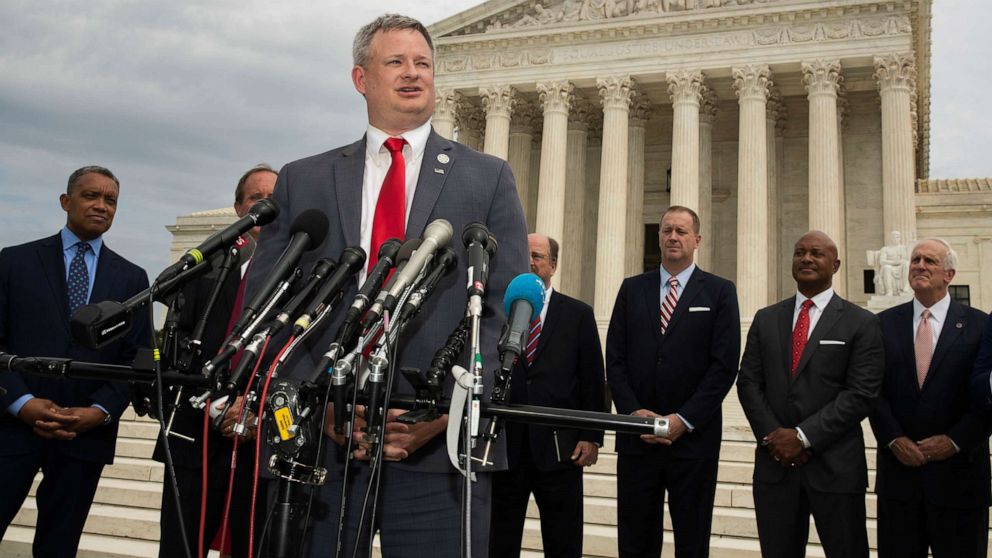 South Dakota officials released the autopsy results of the man who was fatally struck by Attorney General Jason Ravnsborg’s car, revealing that he died of trauma from the impact.

Officials released the autopsy results on Tuesday along with the Ravnsborg’s 911 call audio and transcript, and toxicology results from the September incident. South Dakota Gov. Kristi Noem said the attorney general was not on administrative leave as of Tuesday afternoon and continues to work.

Ravnsborg, 44, said he was traveling west on U.S. Highway 14, about a mile west of Highmore, South Dakota, in a Ford Taurus when he unknowingly struck and killed Joseph Boever, 55. Boever’s body was found the next morning, according to the highway patrol.

In the transcript of the 911 call, the police dispatcher asked Ravnsborg if he hit a deer. He said, “I have no idea.”

“It sure hit me… smashed my windshield,” he said according to the transcript.

The official autopsy is ongoing, but the initial cause of death was listed as traumatic injuries — both internal and external.

Ravnsborg previously disclosed that he called 911 and searched a ditch with police using a cell phone flashlight, looking for the deer at around 10:30 p.m. on Sept. 12.

Noem said she “won’t weigh in” on if he should be on paid leave, says they have not communicated. She denied asking the attorney general to step down.

The investigation is being handled by the South Dakota Highway Patrol and the North Dakota Bureau of Criminal Investigation.

Boever’s cousin, Victor Nemec, told the Sioux Falls Argus Leader that Boever’s truck hit a pile of hay earlier in the day and he was given a ride back home. He said he was supposed to go back to his cousin’s home on Sunday to assist in fixing the truck.

Nemec said he thinks Boever walked along the highway Saturday night to get to the truck.

Nemec told ABC affiliate Dakota News Now he hasn’t been contacted by the state and he believes it is being tight-lipped about the investigation.

“It seems like there has been a lot of foot-dragging and lack of investigating going on,” Nemec told the station.

Tim Bormann, Ravnsborg’s chief of staff, told ABC News that the attorney general was driving home from a dinner party hosted by the county’s Republican Party at Rooster’s Bar & Grill in Redfield, S.D., roughly 68 miles from the site of the accident. The Lincoln Day Dinner, which charged guests $50 in advance and $30 at the door, included a raffle to win a .45 handgun, which had “Donald Trump 45th” and “Make America Great Again” engraved into the barrel, according to the event’s page on the South Dakota Republican Party’s website.

Bormann said he doesn’t believe that Ravnsborg drank at the event.

“It has been his policy since the time he was a candidate that he does not typically drink at Lincoln Day Dinners or political events of this sort. We have no reason to doubt that he did not continue that trend,” he told ABC News.

The attorney general’s office said that Ravnsborg stayed on the scene after making the 911 call.

10 million Americans have cast an early ballot so far