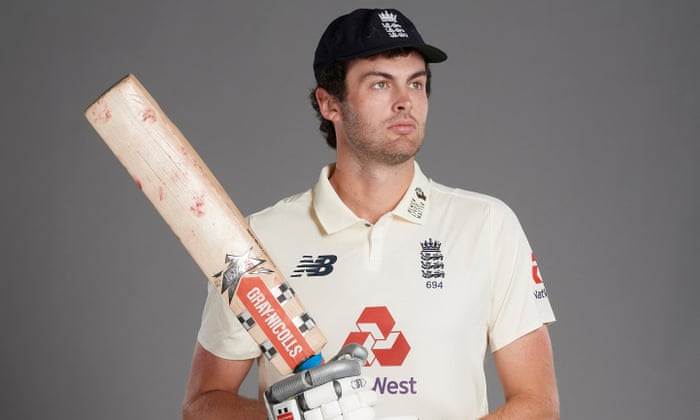 From clipping his first ball in Test cricket for four through to the recent awarding of a central contract, with a summer spent in the bubble in between, it has been an eventful first 12 months in the whites of England for Dom Sibley.

The 25-year-old opener has been good value for this rise to the salaried ranks, too, blocking out scrutiny of his methods and letting talk of slow scoring sail past his off-stump to deliver what the team had been craving: a softer ball and tired bowlers for the strokemakers further down the order to exploit.

Sibley has faced on average 98 balls per innings – no England opener, including Alastair Cook, has more in the past decade – and though a result of Joe Root’s paternity leave, plus Ben Stokes leaving the bubble early, he is also the team’s only ever-present since his Test debut in New Zealand last November. “I didn’t know that – that’s quite a cool stat,” says Sibley after that is put to him during an end-of-season catch-up over the phone. “To play every Test match in the last year has been a dream come true. And the central contract caps it off. But it also guarantees nothing, so the hard work doesn’t stop.”

Though Sibley’s first tour was low-key and doubts crept in, he also went to South Africa. A maiden Test century in Cape Town – 133 not out compiled over eight defiant hours – helped level the series before further opening stands of 70, 106 and 56 alongside Zak Crawley paved the way for the 3-1 win.

After the tour of Sri Lanka was postponed his home debut proved a surreal experience as, in the empty Rose Bowl, he and the fit-again Rory Burns took a knee with the West Indies players before Shannon Gabriel detonated his off stump fourth ball. A second-innings half-century softened the blow at least.

Then came the second Test at Old Trafford and an obdurate nine-hour 120 in combination with 176 from Ben Stokes in a stand of 260. Some 372 balls were repelled along the way, earning hearty slaps on the back from his bowlers as, once again, it helped negate a 1-0 deficit from which a series win followed. 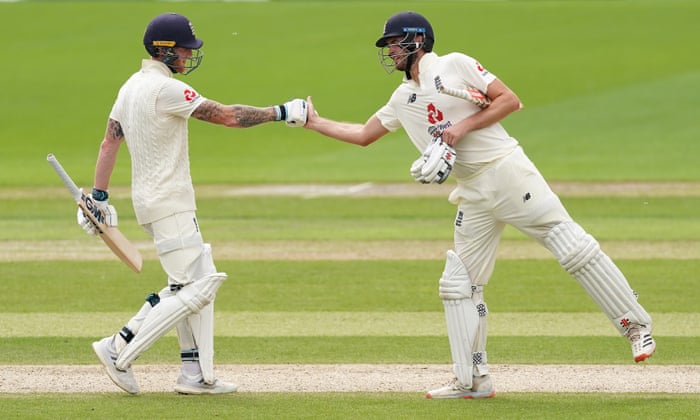 But if the first of these two Test centuries convinced Sibley he could prosper this second was when the jump from domestic cricket hit home; having returned to his hotel room buzzing, he flicked on the TV highlights to find Michael Holding arguing that, with rain around, a strike-rate of 32 had actually benefited the tourists.

“The feedback was pretty good on the whole but there were a couple of comments that made me think ‘wow’,” recalls Sibley. “You’re not really used to that. In county cricket you walk off after a hundred and it’s only a good thing. That’s the nature of Test cricket, I guess. And it’s probably human nature that you’re more inclined to dwell on the negative comments.

“There’s usually a lot of rubbish spoken in the dressing room during rain delays but [on day three] I chatted to some of the lads and told them what an eye-opener it had been, scoring a hundred and people still getting stuck in.

“The message was not to worry, you’re doing exactly what we want by laying the foundation for others.

“The key is keeping perspective, but it was so good to win that Test in the end because, in my own head, it told me the job I performed was a good one.”

Sibley is not complaining about the extra scrutiny and appears equipped to cope with what will doubtless be ongoing themes. After all, he has come this far with an open-chested technique that has confounded many observers. It may offer areas to target and will not win any beauty pageants, yet clearly it works for him. 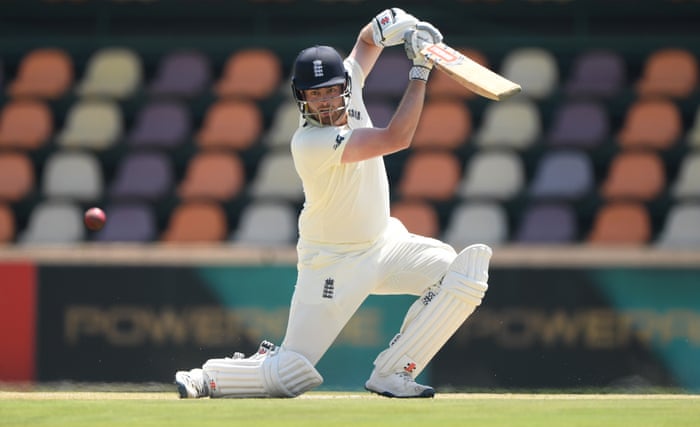 A teenage prodigy at Surrey – indeed the youngest batsman to score a county championship double century at 18 years and 21 days – it was a bold switch to Warwickshire in 2017, and an observation from his team-mate Jonathan Trott, that proved the catalyst for what has been more than two years of big runs.

“One of my strengths has been taking lots of information from different people and making it work for me,” says Sibley. “My early days in the Surrey academy aged 15 with [the coaches] Gareth Townsend and Neil Stewart were massive, even if there were some horrible sessions at Guildford. I remember a rapid bowling machine and even going home with a cracked rib once. But it built mental toughness and prepared me so well for first-class cricket.

“The key is keeping perspective, but it was so good to win that Test in the end because, in my own head, it told me the job I performed was a good one. Trotty and Ian Bell have been big influences at Warwickshire, plus the batting coach Tony Frost. Trotty was the one who said I was standing too narrow for a tall guy and I changed that, before grooving it with [the freelance coach] Gary Palmer. I don’t want to pick out one influence, though. It’s been about taking bits from everyone.”

Holding’s comments in Manchester centred chiefly on Sibley’s inability to accelerate after reaching three figures, while with possible tours to Sri Lanka and India this winter, others have questioned his off-side game against spin.

The 6ft 3in right-hander, who notes India’s pace attack is none too shabby either, knows he has to stay on top of his idiosyncratic method but, with a strike rate of 122 in Twenty20, he fancies more shots will follow in time.

“When I was batting more conventionally I wasn’t getting runs,” he says. “But looking back at footage from the start of last year, I wasn’t quite as open and my hands didn’t go as far out, so that’s something I want to work on. It’s all about grooving for me, hitting lots of balls and feeling good.

“As an opener in England, if I’m playing the cover drive and nicking off it’s not good for me or the team and I’ll get torn apart. And when you spend loads of time not playing those shots, it’s hard to then flick the switch. So it’s about working hard and slowly bringing that into my game at Test level, because I know it’s there, it’s just a case getting more confident.”

England have noted Sibley’s diligence already – he lost nearly two stone before the recent season, such that a nickname of “The Fridge” is starting to become ironic – and will welcome his desire to develop. But when it comes to filling in landing cards on flights this winter, they will hope his first thought upon reaching the box marked ‘occupation’ is to write, “Yep, that’s the plan.”