Graham Gremore, editor of LQBTQ website Queerty, outlined the key differences between the two ladies, who are hoping their husbands Joe Biden and Donald Trump will prevail in next month’s US election. The race for the White House has intensified dramatically in recent weeks, and last night Mr Biden and Mr Trump held their own ‘meet-the-voter TV events’. Both candidates were heavily criticised after their appearances for appearing to dodge key questions asked by the public, with Mr Trump refusing to reject an online conspiracy.

Mr Biden was also targeted for not releasing details of his plans for the country’s Supreme Court.

As well as these incidents, the Democrat and Republican also went on the defensive over their records in government, with Mr Biden grilled on race, while Mr Trump was attacked over other issues such as coronavirus.

Mr Biden is currently ahead in the polls ahead of the November 3 vote, but in a number of key states, polling is close.

With around 18 million people having already voted by post, Mr Gremore delivered his verdict over who would be the best FLOTUS, should their husband make it to power. 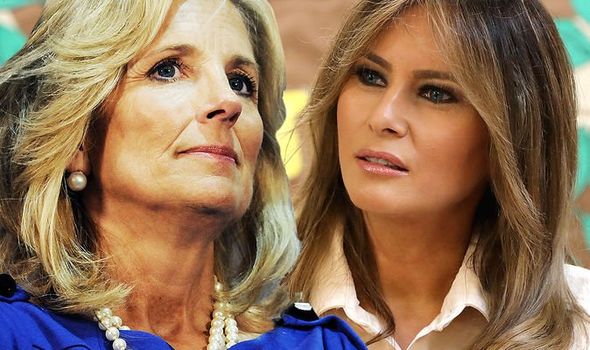 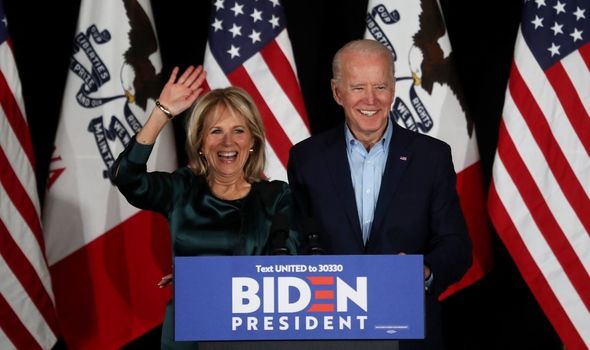 He wrote: “On paper Melania checks all the right boxes for being a stereotypical, late Nineties/early Noughties, Sex and the City sort of gay icon.

“She’s beautiful (at least on the outside), she’s sex positive, and she’s a little bit of a rebel (she really doesn’t care, do you?).

“Except that she’s married to the worst president in American history who has spent the past three and a half years chipping away at LGBTQ rights.”

However, he claimed that Jill was “more like an updated 2020 version of a gay icon, which is much cooler”. 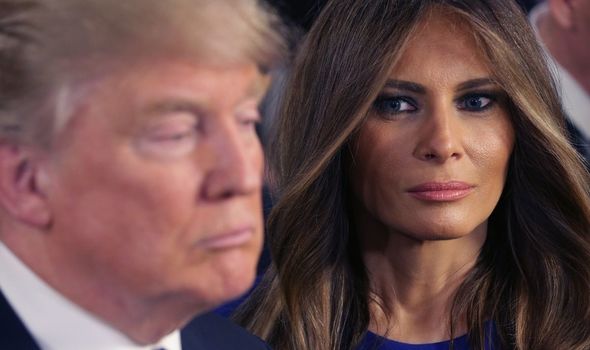 He added: “She’s smart (she has a bachelor’s degree, two master’s degrees, and doctoral degree), she doesn’t take anyone’s s*** (just ask Jake Tapper), and she’s been an outspoken advocate for LGBTQ people since even before her husband became the highest-ranking US government official to publicly support same-sex marriage in 2012.”

In appearing to back Jill, Mr Gremore used a number of examples to support his claims, referring to episodes where Mr Biden’s wife had shone a light on the LGBTQ community.

For example, Mr Gremore said Jill had “received a standing ovation” while speaking about how to make schools safer for all students, particularly LGBTQ youths, during the GLSEN’s Respect Awards in 2009. 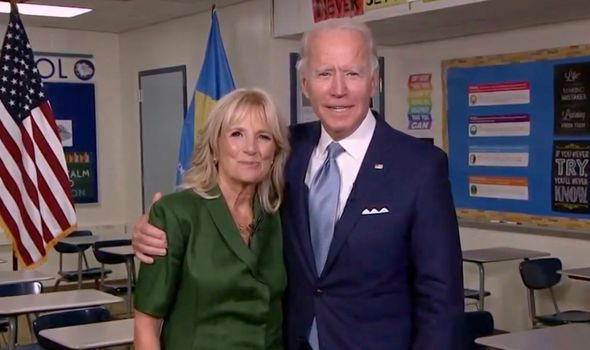 This year she has also hosted a number of happy hour events with members of the LGBTQ leaders from across the US, which also included a performance by pop icon Cyndi Lauper.

Mr Biden and Mr Trump are set to go head-to-head in another presidential debate on October 22, after recent events were cancelled as a result of the incumbent US President contracting coronavirus.

It is hoped this debate will not follow the same format as the last encounter between the pair, which descended into chaos as the two candidates traded insults with one another.