Police discovered the body of the victim at around 5.30pm local time in Conflans Sainte-Honorine .

A police source said the teacher had shown pupils in his class cartoons of the Prophet Mohammad, which are considered by Muslims to be blasphemous.

The country’s anti-terror prosecutor is investigating the attack

The suspected attacker was seen by a police patrol car carrying a knife just a short distance from where the attack took place.

The man was chased by police, and managed to reach the town of Eragny-sur-Oise, in the Val-d’Oise.

A police spokesman confirmed he was then shot dead after threatening officers with weapons.

The scene has been sealed off by police as the investigation continues.

A source close to the police said witnesses had heard the attacker shout “Allah Akbar”, or “God is Great”. 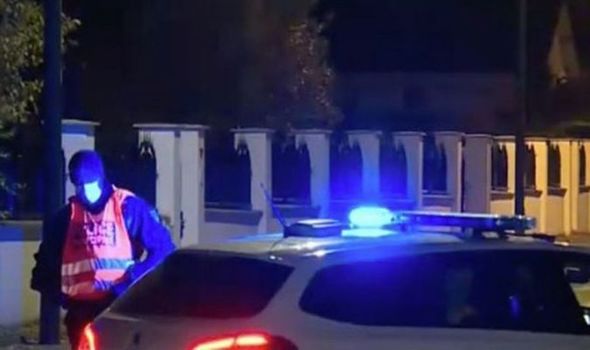 The police spokesman said this information was being checked.

Another source close to the police also said the victim had been decapitated in the attack, but this has not been confirmed.

The French newspaper Le Parisien has reported the victim was “horribly mutilated”.

The report also added the attacker was the parent of a student, but this has not yet been confirmed by police. 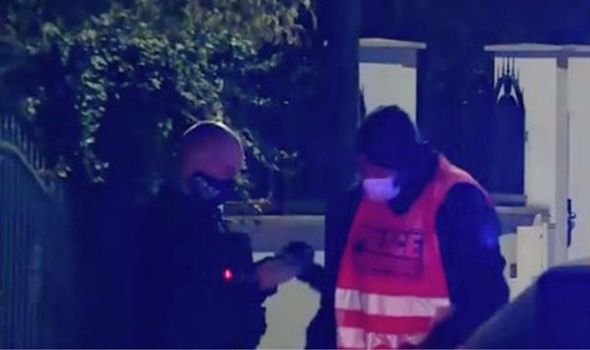 One witness told the Actu.fr news website in Ferance: “I was in my room and heard screaming outside.

Someone was saying ‘Lay down on the floor, face down!’They started shooting. There were several shots and I heard “individual neutralized”.

“When calm returned, I went out and saw the police running. They told me to go home.

“Then more police cars came and they cordoned off the neighbourhood.” 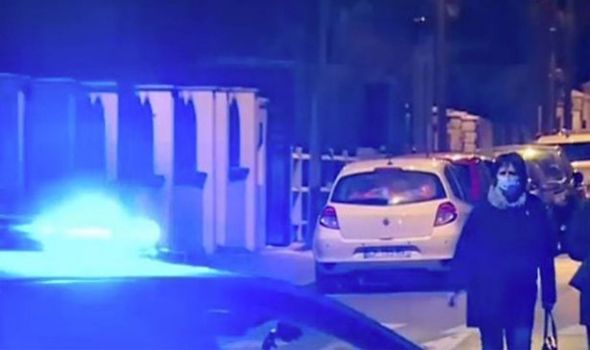 One investigating source said: “The body of a decapitated man was found at around 5.30 in the afternoon.

“When police arrived, the person thought to be responsible was still present and threatened them with his weapons.”

“He was waving a gun by this time and further threatened officers.

“This is when he was shot dead by police. Around ten shots were heard.” 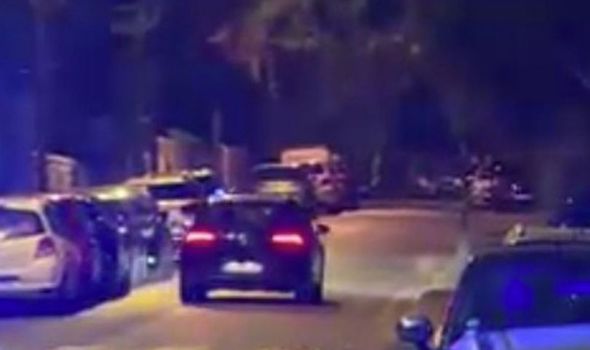 French President Emmanuel Macron will visit the Paris suburb  where the attack took place following an emergency meeting at the interior ministry on Friday evening.

Interior minister Gerald Darmanin, who had been travelling to Morocco, is returning to France as a matter of urgency.

French police have tweeted to urge members of the public to avoid the area.

During recent years, France has experienced a number of violent attacks carried out by Islamist militants.

Last month, a man who emigrated to France from Pakistan attacked and wounded two people using a meat cleaver outside the former offices of satirical magazine Charlie Hebdo.

That had been the same location Islamist militants shot dead employees of the publication in 2015.

This had been in retribution for the magazine’s publication of cartoons of the Prophet Mohammad.