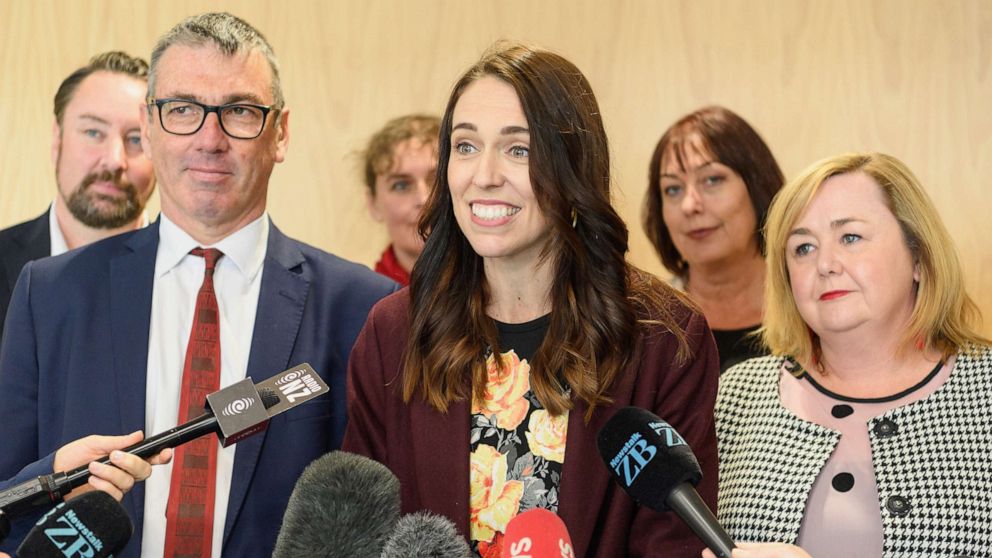 While the United States and much of Europe remain gripped by the coronavirus pandemic, New Zealand has managed to eliminate transmission of the deadly virus.

Prime Minister Jacinda Ardern’s early, decisive action on business and travel lockdowns has been lauded by scientists globally, and now the successful approach may give her a second term in office.

On Saturday, the small country of 5 million will vote in a historic election profoundly shaped by the pandemic.

Polls indicate that Ardern’s center-left Labour Party is comfortably ahead of the conservative National Party and its leader, Judith Collins.

The more pertinent question seems to be whether Ardern, 40, can win an outright majority government.

Recent polls suggest that she may need the support of the Green Party — a scenario that would lead to New Zealand’s most left-leaning administration in 21 years.

Grant Duncan, associate professor of politics at Massey University in Auckland, told ABC News that Ardern’s popularity comes down to more than just her likable veneer.

“It’s not just the obvious superficial appeal, but the fact that she is highly competent, intelligent and humane,” he said.

Ardern has demonstrated an ability to mobilize and unite the New Zealand public in the face of adversity, including in the wake of last year’s Christchurch mosque attacks and the White Island volcanic eruption, and most recently by steering her country through the health crisis.

Duncan said her science-led approach in tackling New Zealand’s coronavirus outbreaks has won over left-wing voters. Indeed, her personal popularity was below 40% late last year and has surged during the lockdowns to 55%.

The country has now lifted all coronavirus restrictions following a second round of lockdowns. Earlier this week Ardern joined a crowd of more than 30,000 at a rugby stadium in Wellington for one of the first international sporting events to allow spectators.

But tough economic challenges lie ahead, particularly for a country that relies on tourism and has shut its borders to outsiders.

New Zealand’s economy shrank by 12.2% in the second quarter.

“Many on the right argue that the economic costs of her government’s disease-control policies outweigh the public health benefits,” said Duncan.

The Ardern government has also been criticized for failing to deliver on several social welfare targets, in areas such as affordable housing and child poverty, which disproportionately impact New Zealand’s indigenous Maori community.

Ardern’s “stardust” quality abroad has also made her the target of skeptics, who say she should be more focused domestically. Arden has been on the cover of Vogue and Time magazine and appeared with comedian Stephen Colbert.

She has built up a strong following internationally as an advocate for women’s rights and social justice. Some have even called her the “anti-Trump.”

“New Zealand politics has not sunk to the level of incivility and polarization that we witness in the U.S.,” said Duncan.

Voters also decide on Saturday whether New Zealand should legalize marijuana and if euthanasia should be permitted for the terminally sick.

Ardern has voiced her support for euthanasia but hasn’t shared where she stands on recreational cannabis.