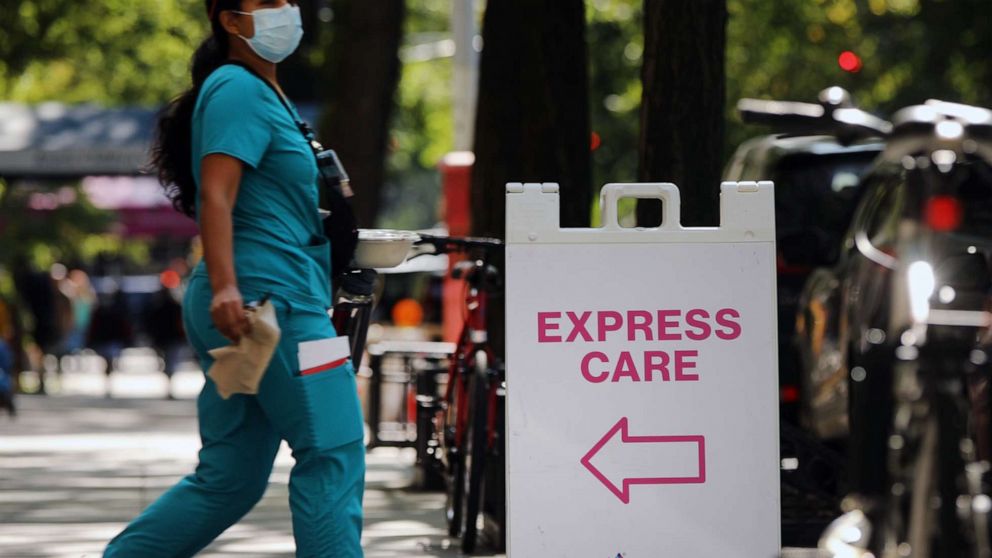 FIGS, a medical apparel company known for its fashionable scrubs, has come under fire for an “insensitive” video that portrayed female doctors of osteopathic medicine as “dummies.”

In the marketing materials, a woman wearing a set of pink scrubs and a name tag with the abbreviation DO, for doctor of osteopathic medicine, is holding a “Medical Terminology for Dummies” book upside down. Many in the medical community criticized the since-removed ad as misogynistic and disrespectful toward female physicians and DOs.

“We are outraged that in 2020, women physicians and doctors of osteopathic medicine are still attacked in thoughtless and ignorant marketing campaigns,” the American Association of Colleges of Osteopathic Medicine said in a statement. “A company like FIGS that asks us to spend money on its product should be ashamed for promoting these stereotypes. We demand the respect we’ve earned AND a public apology.”

The organization Physicians for Patient Protection said it was “dismayed” by the Los Angeles-based company’s marketing.

“Our DO colleagues are highly trained physicians, many of whom hold leadership positions in academia and have authored medical texts themselves,” the organization said in a statement to ABC News. “Many of our DO colleagues are also women. And they may wear pink scrubs, but they’ve never needed to read any textbook made ‘for dummies.'”

FIGS apologized for the video on Tuesday, saying it had “dropped the ball.”

“A lot of you guys have pointed out an insensitive video we had on our site — we are incredibly sorry for any hurt this has caused you, especially our female DOs (who are amazing!),” the company tweeted Tuesday. “FIGS is a female-founded company whose only mission is to make you guys feel awesome.”

On Wednesday, the brand apologized again in a longer social media post. “It’s clear we have a lot to improve on and we have a lot of trust to earn back,” the company said, noting that changes going forward include a “more robust approval process” with its internal content team and having health care professionals provide feedback at shoots.

Dr. Stephanie Markle, D.O., M.P.H., an intensive care unit doctor and surgeon in Kalamazoo, Michigan, told ABC News that the “blatantly misogynistic” ad has angered many in the medical community. Markle said the ad is particularly harmful as someone who experiences sexism and has to “constantly validate” herself as a female physician.

Female doctors also tend to make less than men, she noted. Male primary care physicians make about 25% more than their female counterparts, according to Medscape. Among specialists, they make 31% more, it found.

“The sexism is still so prevalent that this was such a slap to the face,” Markle said.

DOs are fully licensed physicians who take a more holistic approach to medicine, compared to medical doctors. Dr. Miranda Rosenberg, a resident in the ABC News Medical Unit, said the ad was particularly insensitive “especially after so many doctors have sacrificed so much to take care of patients during the COVID pandemic.”

“There’s nothing dummy about the minimum seven years of postgraduate training doctors, both MDs and DOs, go through before practicing independently,” Rosenberg said.

Brenna Hohl, a current DO student, told ABC News she found the ad “extremely disrespectful towards any woman working in the health care field.”

“In the midst of a pandemic, we should be supporting and building up our health care workers, not bringing them down like this,” she said.

One doctor, a brand ambassador for the apparel company, was more forgiving in the ad’s aftermath.

“Yes, hold them accountable as we should with our colleagues,” Dr. Michelle Nguyen Maneevese, a vascular and interventional radiologist, said in an Instagram post. “I understand the hurt, outrage, and disappointment and I wholeheartedly respect all of the reactions to the video but please, give them the chance to learn and grow. Remember that it is their mission to serve us as health care.”

Why this libertarian is voting for Biden