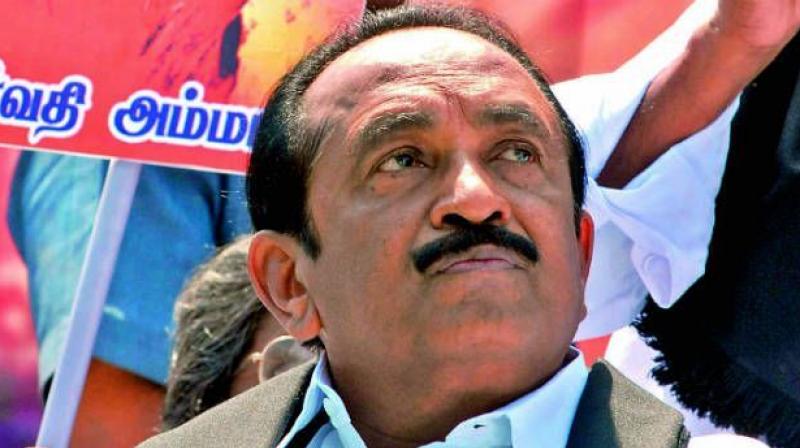 Chennai: MDMK general secretary Vaiko asserted that his party would contest the coming Assembly elections on a separate symbol to maintain its distinct identity.

Speaking to the media at the party headquarters, Vaiko, however, said that the DMK-led alliance would win the elections and DMK President M K Stalin would become the Chief Minister. The MDMK would strive to put Stalin on the Chief Minister’s chair, he said.

Vaiko’s statement on a separate symbol gains significance as another alliance partner of the DMK, the VCK, had also made a similar announcement.

In the 2019 Lok Sabha polls, many allies of DMK contested in the DMK’s ‘Rising Sun’ symbol. Of the two candidates of the VCK, D Ravi Kumar from Villupuram, and MDMK’s A Ganesha Murthy from Erode contested successfully in the DMK’s symbol.

Will there be another Trump surprise in Michigan?