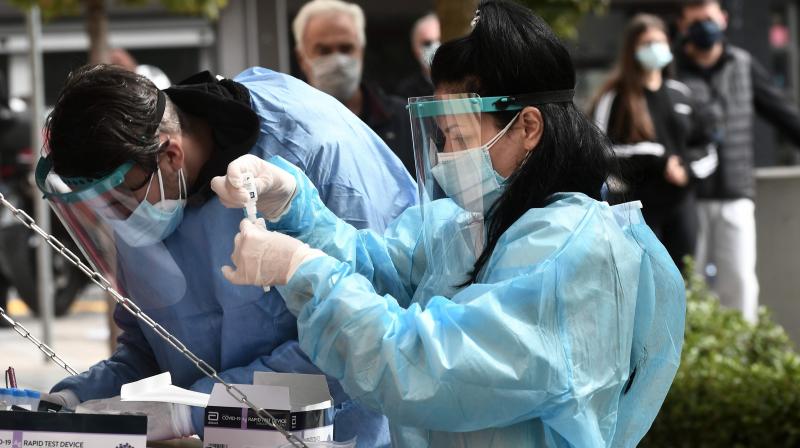 London: Men and women belonging Indian ethnicity communities in England and Wales are roughly 50-75 per cent more likely to die with COVID-19 than white men and women, according to a latest statistical analysis released in London on Friday.

The Office for National Statistics (ONS), which concluded a similar ethnic variation in relation to the impact of coronavirus earlier this year, updated its figures this week and also found that the factors behind the disparity were more linked to living arrangements and the nature of jobs rather than pre-existing health conditions.

Considering deaths up to 28 July 2020, males and females of Black and South Asian ethnic background were shown to have increased risks of death involving the coronavirus (COVID-19) compared with those of white ethnic background; this is similar to our previous findings for deaths up to 15 May 2020, the ONS report said.

These findings show that ethnic differences in mortality involving COVID-19 are most strongly associated with demographic and socio-economic factors, such as place of residence and occupational exposures, and cannot be explained by pre-existing health conditions using hospital data or self-reported health status, it adds.

The results also reveal that for all ethnicities, males have a higher rate of death from the virus than females, and white people have a lower risk of death than all other ethnic groups apart from Chinese.

In its previous analysis, ONS had taken Bangladeshi and Pakistani ethnic groups as combined and after separating the two ethnicities, it found that males of Bangladeshi ethnic background have a higher risk of death from Covid than those of Pakistani background.

The report used hospital data, together with self-reported health or disability, to explore whether differences in mortality rate between people of different ethnicities could be down to differences in the prevalence of pre-existing conditions, such as diabetes, respiratory failure and heart failure.

Our statistical modelling shows that a large proportion of the difference in the risk of COVID-19 mortality between ethnic groups can be explained by demographic, geographical and socioeconomic factors, such as where you live or the occupation you're in," Humberstone said.

'It also found that although specific pre-existing conditions place people at greater risk of COVID-19 mortality generally, it does not explain the remaining ethnic background differences in mortality, said Humberstone.

The updated ONS findings reiterate other reports, including by the government-backed Public Health England (PHE), which found similar ethnic disparities in the impact of the deadly virus.

This is yet more evidence of the devastating and disproportionate impact that COVID-19 has on Black African, Black Caribbean and South Asian people in particular, said Marsha de Cordova, Opposition Labour Party's Shadow Secretary of State for Women and Equalities.

The government promised action but, over four months since Public Health England (PHE) set out seven clear recommendations on what needs to happen, we still don't know what has actually been done. The government must act urgently as infections continue to rise rapidly, she said.

A further government-initiated review into the factors behind the ethnic variations in the impact of COVID-19 unearthed by the PHE report back in June remains ongoing.

When migrants fall through the cracks in France, volunteers step in

Europe toughens up on restrictions as COVID-19 cases soar again